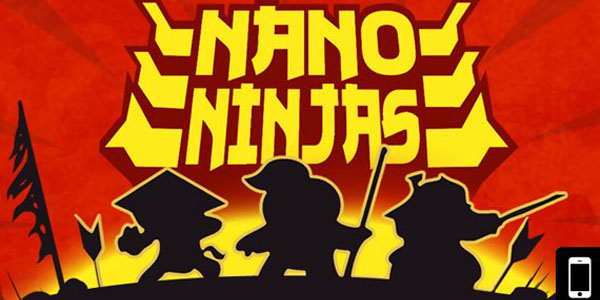 Fans of tower defense and strategy games absolutely need to check out Nano Ninjas, the new iOS game that perfectly blends those two genres into a criminally addictive, charming, and challenging package. Keep reading for our full review.

At its core, Nano Ninjas is a tower defense game. Enemies — twelve unique forms of samurai robots — file in from the right side of the map, and your main objective is to stop them from making it to the other side by using a combination of ninjas, bombs, puddles of acid, walls held up by pigs, and so on. But you’ll quickly find that the only way to overcome the hordes of lumbering enemies is to use strategy and tactics, and this is where Nano Ninjas really shines. 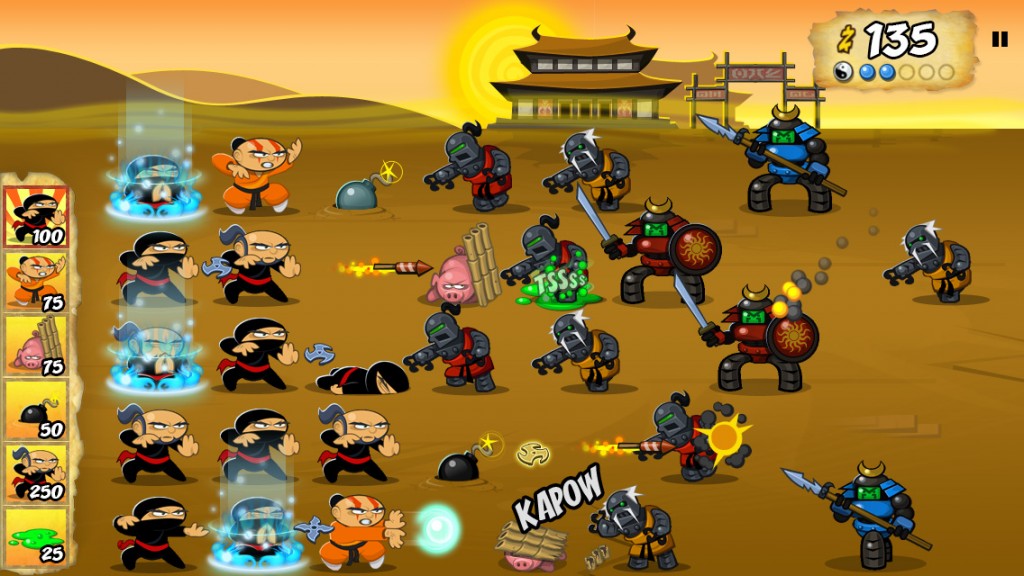 Every unit costs varying amounts Zen to place, depending on their relative strengths. Once placed on the battlefield, ninja and monk units can be upgraded by spending more Zen. They can also meditate by consuming a Zen gem, which renders them useless for a short time but grants them power boosts and gives the player some additional resources to deploy more units with. The need for strategy comes in when players have to decide whether to keep their units in play and have them meditate, upgrade their powers immediately, sell them, or wait to accrue five Zen gems and unleash a dragon that wipes out one entire row of the battlefield.

Every match turns into a delicate balancing act, and by the time I reached the third zone (of five) I was struggling to keep up with the seemingly endless hordes of adorable hand-drawn enemies and the relentlessly frenetic pace. It’s easy to get fooled by the game’s cute characters with names like Katana Jones and Bo Jangles and the beautiful, clean art style (which is all optimized for iPhone 5’s larger screen), but this a truly tough game. Fortunately, playing the levels over and over again is never a chore because you’ll likely have a different experience every time, and you’ll want to keep trying to unlock more challenges and mini-games. 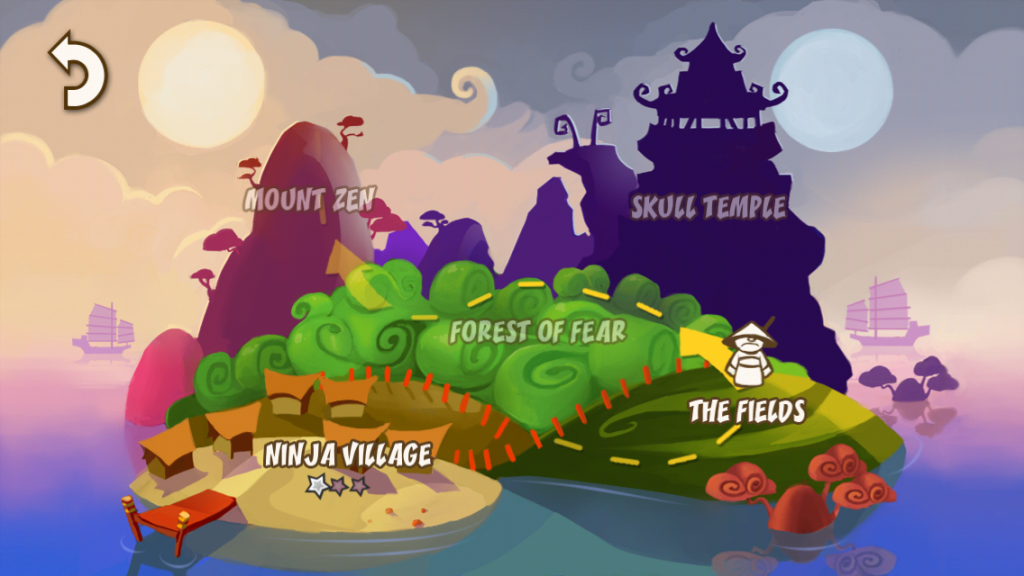 The actual gameplay is smart and intuitive. To place units, the player drags an icon from a menu on the left side of the screen to any point on the battlefield. To avoid having the player’s finger obscure where the unit will actually be placed, a grid that shows both axises constantly follows the player’s finger as it moves around the screen, making it a quick and accurate process. I would love to see this implemented in more tower defense games that require the use of a touch screen. 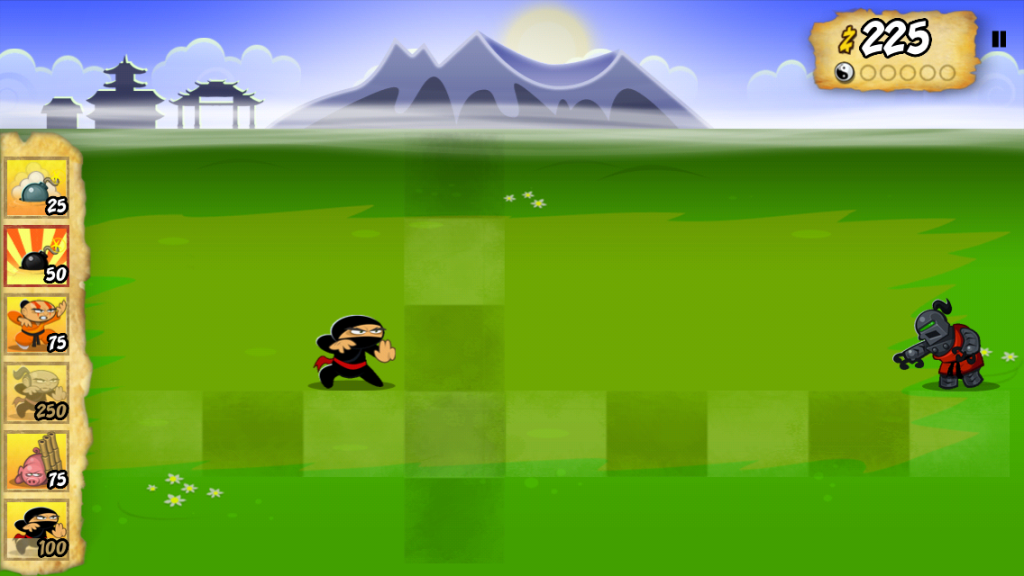 The folks at Bad Chunk Games have created something really special with Nano Ninjas. It’s a beautiful game that starts out accessible but really ramps up in difficulty as more units are introduced and more tactical thinking is necessary for success. At only $0.99, it’s a no-brainer; Nano Ninjas is one of the best iOS titles of the year.