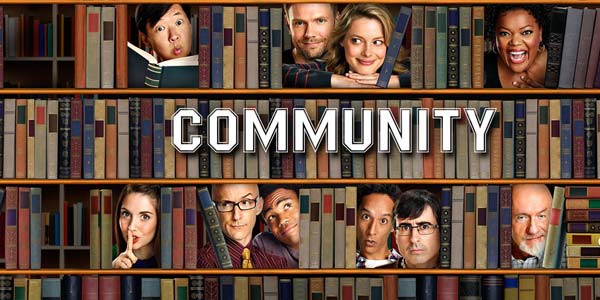 NBC had a few surprises as they went through the process of bursting their many on-the-bubble shows.  While I was beyond stoked that Bryan Fuller’s brilliant Hannibal has been renewed for a third season, I’m equally bummed that Community, now one of the network’s longest-running shows, has been canceled.

Community has had some ups and downs, including the temporary loss of creator and show runner Dan Harmon, but when he returned for this year’s Season 5, he brought with him the same weird, charming energy that made this show so special in its early years.

It’s a shame that we likely won’t get to the much-touted “Six Seasons and a Movie,” but coming off a string of 13 near-perfect episodes this season has definitely left me with some peace when it comes to Greendale and its students. I mean, if the show continued to crank out episodes of the brilliant quality of “GI Jeff,” I’d watch for years to come… but as it is, I’m happy to see them go out on top, fully recovered from the lackluster fourth season.

We haven’t quite reached the Darkest Timeline yet– while NBC axed the show, it’s owned by Sony, who are now already apparently shopping out to other networks or platforms.  I love that we live in an age where shows can find a new home as long as outside channels are savvy enough and the fans passionate enough.

I’d happily join in the fight to (once again) save Greendale… but even if it never happens, I feel content knowing we came as far as we did with these characters and went out with a bang.  More specifically, with this now ironic line of dialogue:

“We’ll definitely be back next year. If not, it’ll be because an asteroid has destroyed all human civilization. And that’s canon.”