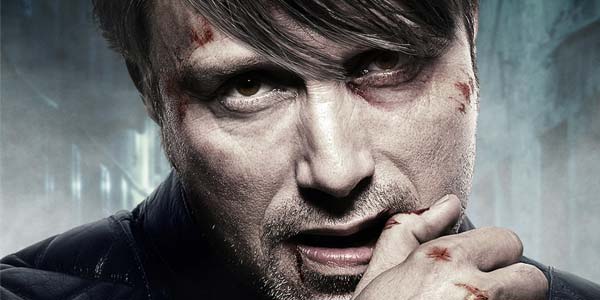 The best show on television won’t be returning for Season 4 on NBC.

NBC has cancelled Hannibal, the astonishingly great prequel to Thomas Harris’ Hannibal Lecter series.  To their credit, NBC did keep the ratings-challenge, critically acclaimed series on for three full seasons (they will air the remaining ten episodes of Season Three in its new standard Thursday night timeslot)… and more importantly, the producers of the show are committing to find a new home for the series past Season Three.

Even if that doesn’t happen, the series will offer a sort of complete look at Hannibal’s saga, since the current season is delving into Red Dragon (Harris’ first novel).  This means, as long as you’re not too beholden to continuity, the Hannibal TV show can be survived by the Anthony Hopkins movies, which is I guess better than nothing.  Except that, in that consideration, Hannibal and his story just go progressively downhill in the back half of his story.  I was quite looking forward to see Fuller’s skill and vision retell a version of the Hannibal novel worth telling, and his take on Silence of the Lambs most likely would have been stunning to behold.

Here’s what the ever-classy Fuller had to say:

“NBC has allowed us to craft a television series that no other broadcast network would have dared, and kept us on the air for three seasons despite Cancelation Bear Chow ratings and images that would have shredded the eyeballs of lesser Standards & Practices enforcers,” Fuller said in a statement. “[NBC Entertainment exec] Jen Salke and her team have been fantastic partners and creatively supportive beyond measure. Hannibal is finishing his last course at NBC’s table this summer, but a hungry cannibal can always dine again. And personally, I look forward to my next meal with NBC.”

What happens next?  Fuller is already attached to the upcoming American Gods series on Starz, based on the only truly awful thing ever written by Neil Gaiman.  Even if that probably garbage show catches on, Fuller has always seemed committed enough to Hannibal that he’d find a way to pull double duty if the show finds a second life on Netflix or another network/ distribution service (it’s worth noting, the show’s first two seasons are presently streaming on Amazon).

So it’s not hopeless, but for the time being, we’ve only got ten more weeks of Hannibal to be stunned and grossed out and totally enthralled by.  If that news doesn’t make you bummed out, it’s obvious you haven’t seen the show yet.  I’d suggest you remedy that as soon as possible.