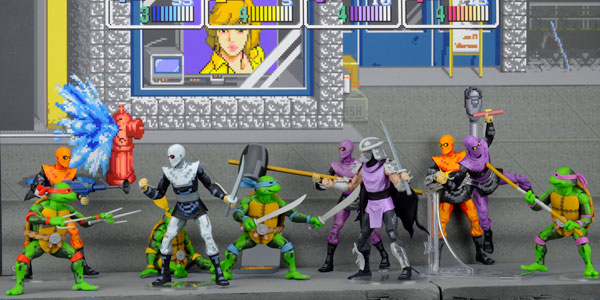 For weeks now, NECA has been teasing that their final Comic Con 2016 exclusive would be something HUGE, and man oh man, they weren’t lying.  Nearly a decade after the release of their legendary (and painfully short-lived) Mirage-style Teenage Mutant Ninja Turtles figures, NECA is returning to the Heroes on the Half Shell in an iconic format that has never been graced with the toy treatment– the TMNT Arcade Game.

Commonly known as pretty much the greatest arcade game that isn’t Rampage or X-Men, the Ninja Turtle’s four-player foray into arcade gaming is an all timer– ask anyone who spent their younger years (and quarters) haunting the arcade and it probably won’t be long until they name drop this great game.  The crew at NECA are huge fans of the game, as well, which is evident in the painstakingly accurate details they’ve packed into these all-new figures.

And when I say “figures,” plural, I mean it– Comic Con will see the release of EIGHT unique action figures, packed into two different box sets.  The TMNT set features all four brothers, with not only their signature weapons, but tons of other gear like action-posed nunchuks for Mikey, a pixellated pizza box, and more.  The second set includes four villains from the Foot Clan– The Shredder and Foot Soldiers in purple, white and orange.  This set also loads up with game-accurate accessories like the sledgehammer, ray gun, swords, nunchuks and more.

Each figure features a stylized deco which emulates their pixellated in-game appearance (which we’ve seen used to great effect by NECA in their previous retro game figures), and the TMNT figures totally nail their game appearances.  From the bright, primary colors, to the blocky edges, shadows and highlights, the design work on these figures seems flawless.

The Turtles themselves are all new sculpts, and look to sport a great range of articulation.  Shredder and the Foot Soldiers appear to clever repaints of the previously canceled Mirage figures, and the fact that NECA finally found a way to release these gorgeous sculpts makes this set even cooler.

Always game to push boundaries, NECA really outdid themselves here… the licensing deal Playmates holds for this property is basically iron-clad (a huge factor in what killed NECA’s comic toy series so early), but even if they ARE only available in box sets, only domestically, and only at Comic-Con… the fact that NECA made this set a reality is too cool for words.  Check out a big gallery of the TMNT Arcade action figures below, and stay tuned for more details on pricing and availability for these box sets. 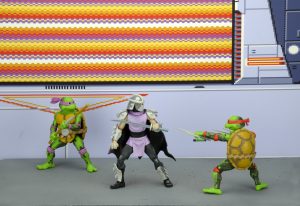 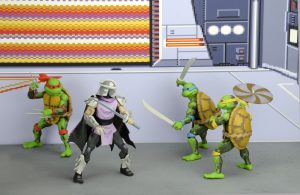 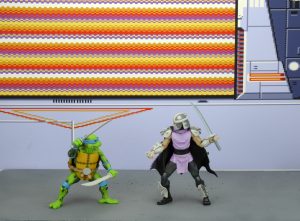 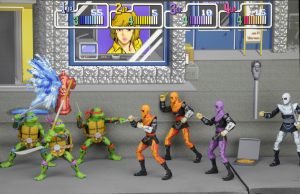 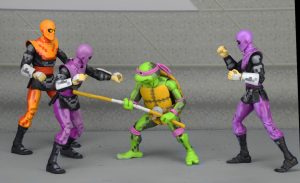 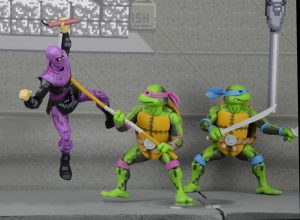 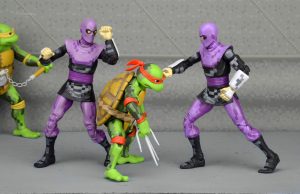 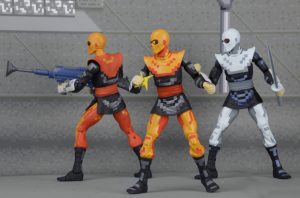 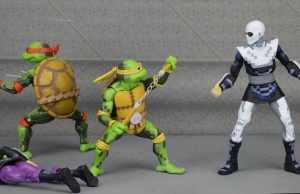 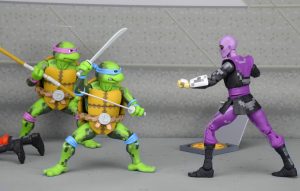 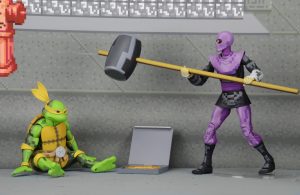 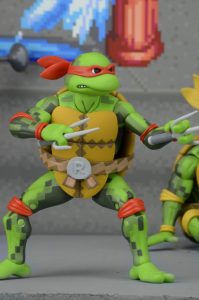 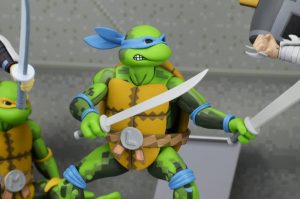 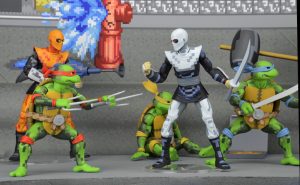 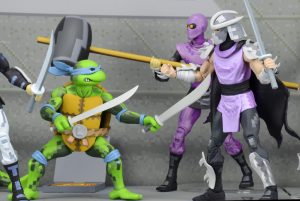 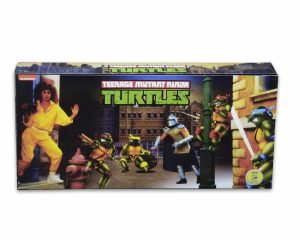 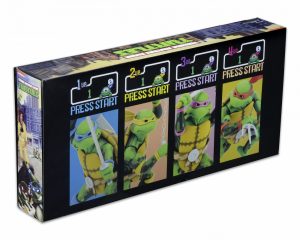 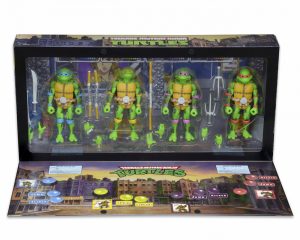 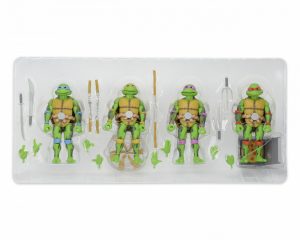 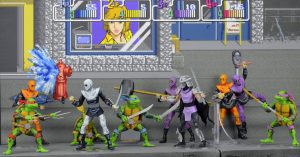 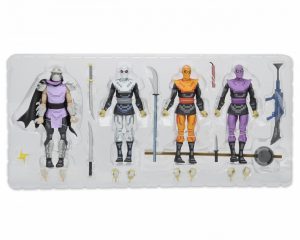 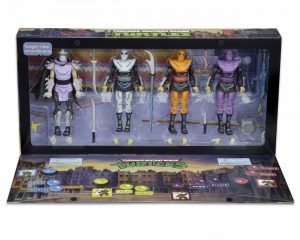 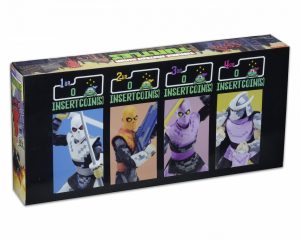 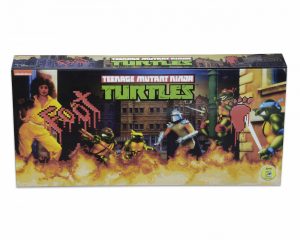