NECA Is Bringing Dutch To The Alien vs Predator Arcade Collection 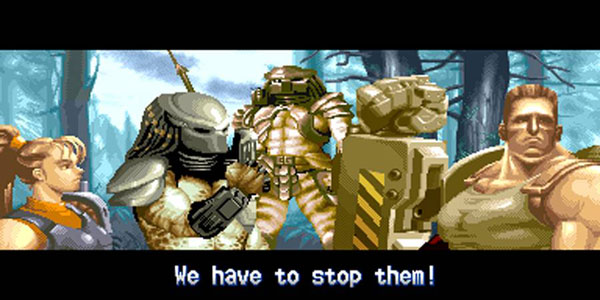 At least, their latest #Prednesday tease suggests they are!

NECA debuted the Alien vs Predator Arcade Game collection at Comic Con last month, and they were awesome.  The Predators were immaculately repainted to match the distinct, early 90s pallets seen in the Capcom game.  And the new Aliens were fun new sculpts based on the mutated beasts you paid quarters to hunt down.

But something was missing… where were the game’s humans?  There’s still no word on Linn, but Dutch seems to be joining this toy line in all his cyborg-armed glory!  NECA shared a short video of a motion/ concept sketch featuring the familiar (yet never explained) robot arm that served as Dutch’s primary weapon in video game combat.

Something quite intricate is in the works on this #prednesday that required many technical drawings & this… pic.twitter.com/uCL5sQb4g7

Where and when we’ll see an Arcade Dutch pop up is a mystery for now… I’d guess maybe in a second wave of Alien vs Predator toys? Or perhaps as a stand alone release? For now I’m just ready to celebrate that it looks like NECA is going to make him a reality at some point, sooner than later!