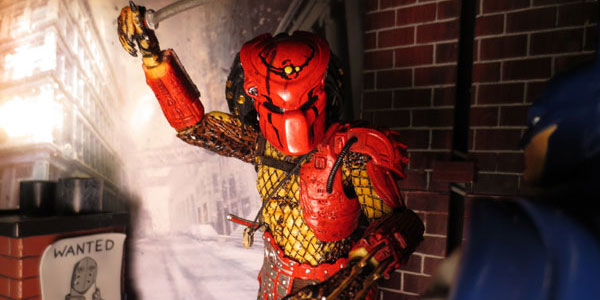 The star of fan-fic favorite Batman: Dead End gets captured in plastic as the latest addition to NECA’s Predator series.

I’ve been blown away by the diversity of NECA’s long-running Predator line.  This isn’t the biggest property, movie-wise, but we’ve seen virtually every creature featured in both classic films, as well as offshoots like AVP and Predators.  It’s a comprehensive line, and the toys are great– beautifully sculpted and well engineered like all of NECA’s output.  They’ve been very clever with parts reuse, including plenty of new accessories, paint apps and armor overlays to make each figure look unique. 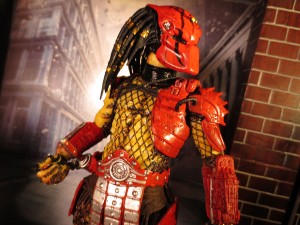 I don’t own many of the Predator figures, though– truth be told it’s one of the few classic genre series I was never incredibly crazy about.  I like the first two movies well enough, but even they never really spoke to me in the way a franchise like Aliens did.  But when I saw the latest Predator series at Toys R Us, one figure was so cool, so geeky and so surprising I couldn’t pass him up.

Big Red (AKA the samurai Predator) wasn’t featured in any of the Predator movies, or media tie-ins.  He was the co-star of Batman: Dead End, an astoundingly well-made Batman fan film that made huge waves on the web when it hit back in 2003.  In the short, Batman and The Joker encounter Aliens and Predators in a Gotham City alley, and the result was something that drove people wild:

Dead End feels a little campy now, especially post-Nolan, but it’s still a geeky good watch.  I never would have though that the samurai Predator from the finale would ever be revisited, but he was, and NECA’s figure is a fantastic nod to this niche character. 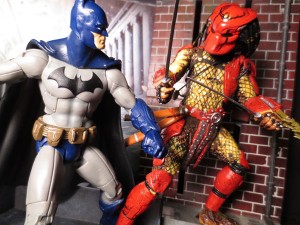 Big Red is visually distinct from his fellow Predators, with light yellow skin and his bright red battle armor.  The figure captures this look perfectly, with a great, slight metallic finish on Red’s armor, along with some great new samurai detailing on his all-new belt and katana swords.  NECA paid close attention to every detail of the charatcer, from the markings on his mask to the flipped wrist blades, mounted on Red’s left arm instead of the right.

This figure also features the newly improved body design, which includes some added articulation and detailing not seen in earlier Predators.  The double knees are fantastic, offering a much greater range of leg motion, especially with the wonderful range of the ball hips.  The ball head remains fantastic, and the soft rubber dreadlocks do nothing to inhibit movement, a true sign that NECA really knows what they’re doing.  The figure also includes swappable hands (one set open, one set closed to hold his swords) which attache at the ball peg on his wrist.  The hole is fairly small, so it takes some work to plug the hands in securely, but the inclusion of variant parts is another much appreciated detail.

Equal parts cool and impossibly geeky, Big Red is a totally fun addition to this toy line.  The figure is perfectly realized, with a very unique design that makes him stand out from his fellow hunters, and all the amazing engineering we’ve come to expect from NECA.  He’s a gimmicky figure, for sure, but I think it’s totally cool and out of the box to include such a popular fan fic character in a canonical toy line.  There’s a nerdy excitement in that idea to me… it’s a tip of the hat to fan culture, while also a shrewd way to mine this property for more new characters.  And most importantly… it makes for an awesome action figure! 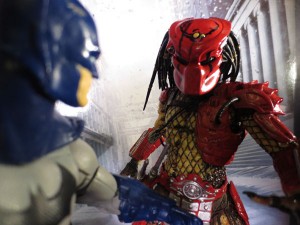 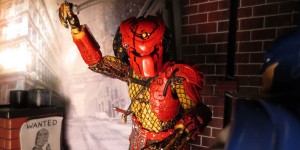 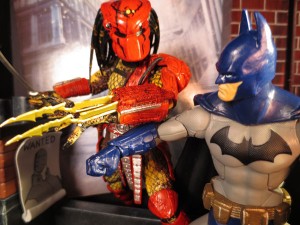 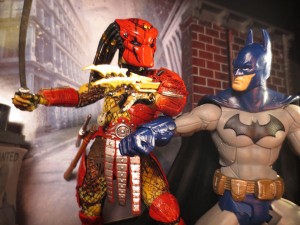 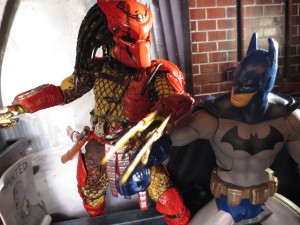 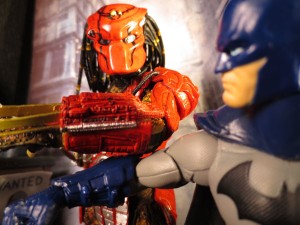 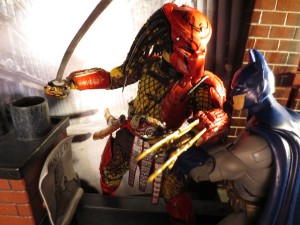 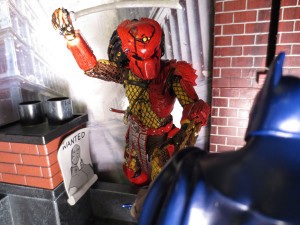 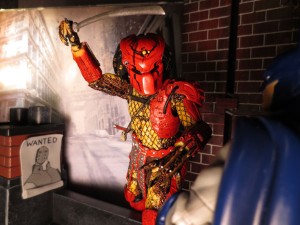 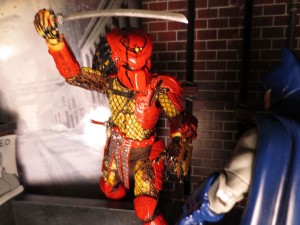 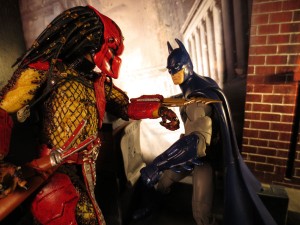 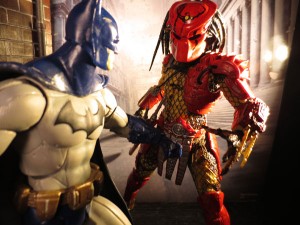 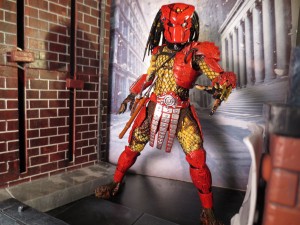 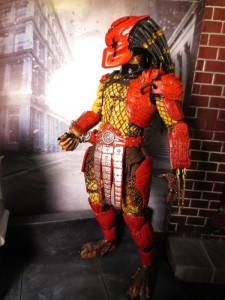 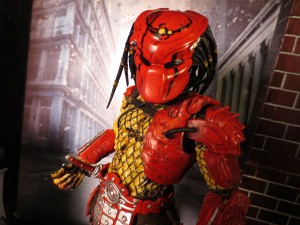 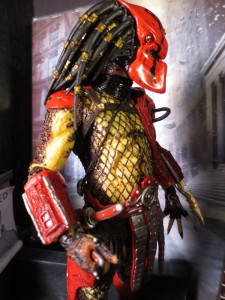 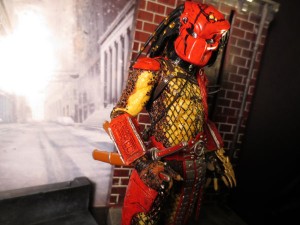 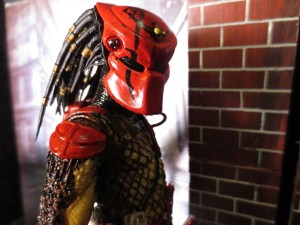 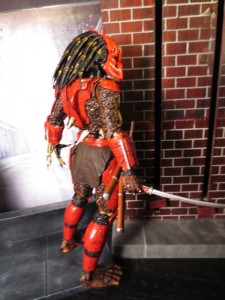 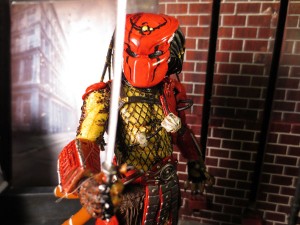 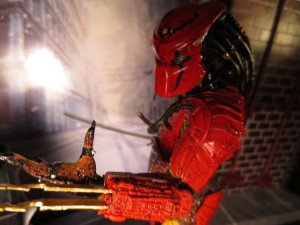 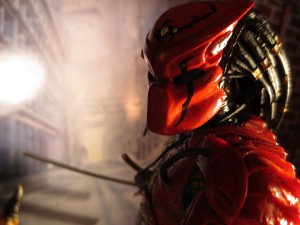 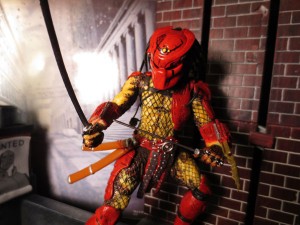 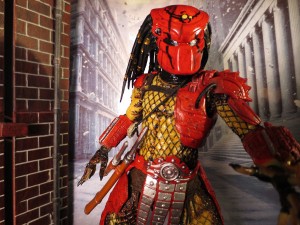