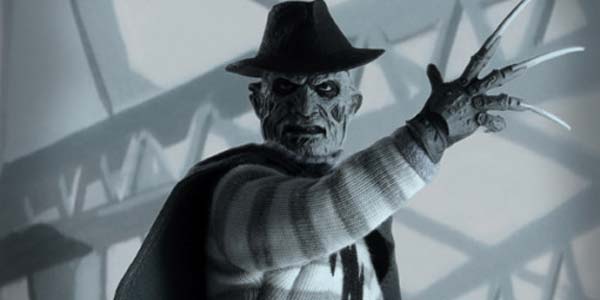 Freddy Krueger gets a cool retro variant at Comic Con, thanks to NECA.

It’s officially San Diego Comic Con season, and many toymakers are starting to reveal their SDCC exclusives for the year.  NECA is getting things rolling, with a plan to reveal a new exclusive every Friday on their website… and they started off with the new Mego-style Super Freddy.

Based on the slasher’s appearance in Nightmare on Elm Street 5: The Dream Child, Freddy is decked out in his “super hero” look, complete with cape and black lightning bolt insignia on top of his signature striped sweater.  This variation of the killer is realized in black and white, and he’ll come packed on a specially designed cardback with art by Christopher Ott and Geoffrey Trapp.

And the best news for those not planning to hit San Diego… NECA will be making a small run of this figure available for non-attendees, both in the US and internationally.

Check out some photos of Super Freddy below, along with more details from NECA:

This is the first time Super Freddy (from A Nightmare on Elm Street Part 5: The Dream Child) has been made by anyone as an action figure! He was first revealed at Action Figure Insider, and now we’re back with up-close photos and a first-ever look at the packaging! The backer card is custom illustrated by Christopher Ott and Geoffrey Trapp. 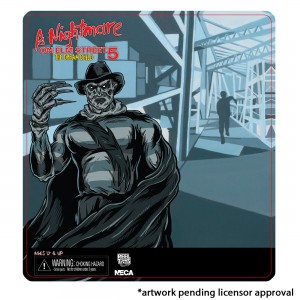 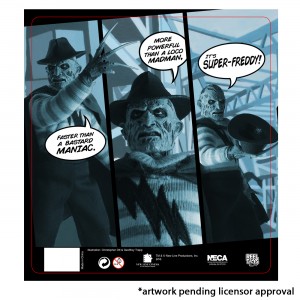 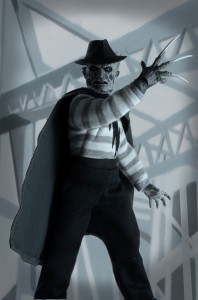 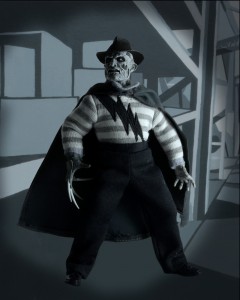 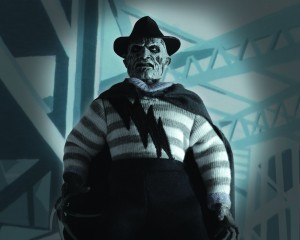