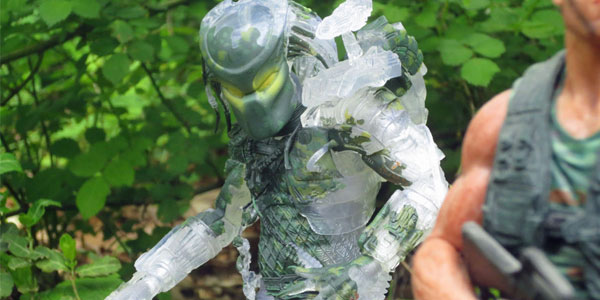 When you’ve got a toy line based on a 30 year old franchise with only one bad guy, it’s inevitable that you’re going to see some variants in the mix. Thankfully in the case of Predator, NECA has been particularly ingenious in their repaints and re-releases, offering multiple screen accurate iterations of the film’s titular monster.  Some of these variants have been as simple as masked or unmasked heads, or a clear plastic “cloaked” version. But their latest redeco– appropriately dubbed the Jungle Demon– is one of the most stylish yet.

We start with a clear plastic base body that utilizes the newly improved Jungle Hunter with increased articulation… and while the added joints are subtle, new features like the upper arm swivels and an ab crunch really open this guy up to more posing options.

But what really makes this figure pop is the incredible paint job, a patchy mix of greens, blacks and browns that cover, maybe, 40% of the figure’s surface, perfectly emulating the Predator’s cloaked appearance in the first movie, in a more dynamic and film accurate manner than the previous all-clear figures.  There’s an interesting depth to this guy based on the front and back sides of the figure’s paint showing through the clear plastic center, and he’s elevated even more thanks to the striking yellow eyes, with a gradient effect that blends into the green paint of the mask, creating an eerie glowing effect with nothing but expert level paint work. 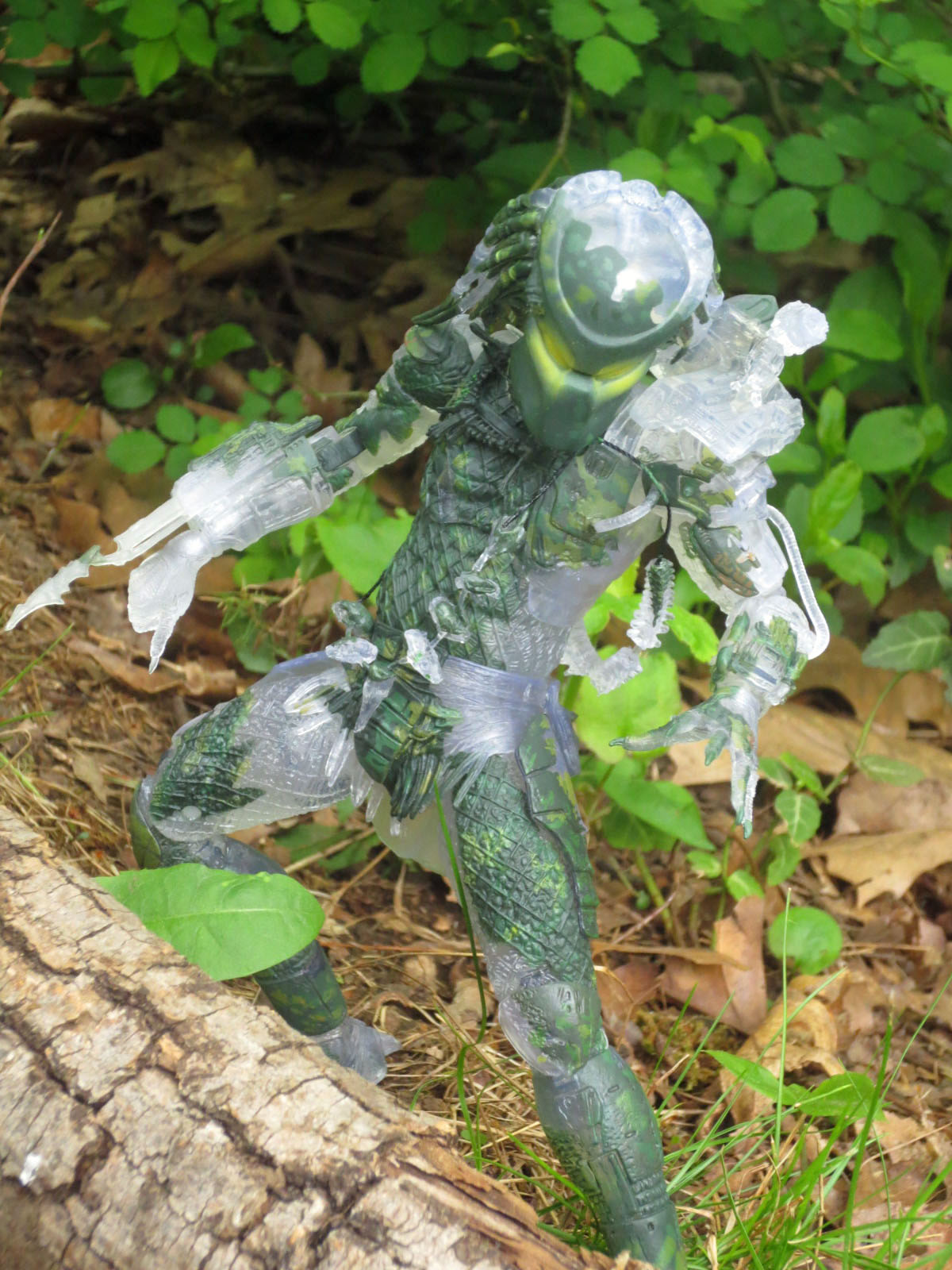 The overall effect gives the Jungle Demon the appearance of hiding in the deep brush while cloaked, even if he’s standing in a very non-jungle-ish display.  The Jungle Demon is the only original figure that NECA has dropped in the 30th Anniversary Predator line, along with some welcome reissues of more Jungle Hunter variants and a few repacks of Arnold Schwarzenegger’s Dutch.

Each figure will be packed in a cool looking window box with an eye catching thermal vision inlay.  It’s a major step up from the typical Predators’ blister card packaging.  The Anniversary line should see release this summer at most retailers, although the Jungle Hunter I picked up was the Loot Crate “exclusive” released as part of March’s Primal DX Crate. As far as I can tell, this guy is exactly the same as the regular release, only available a few months early and sporting a Loot Crate sticker on his box.

Whether it’s the Loot Crate version or not, Jungle Demon is well worth your money if you’re into NECA’s Predators, or even just artfully stylized designer toys. He stands out in a display as dramatically as Thermal Vision Dutch, and he’s instantly earned a spot as one of the coolest and most innovative repaints I’ve ever seen. 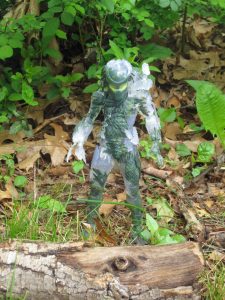 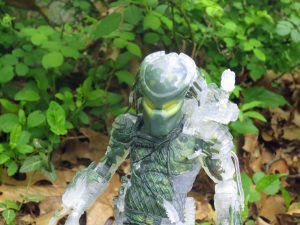 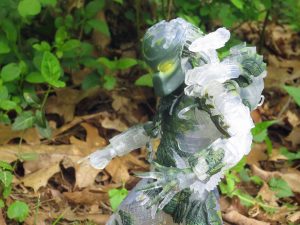 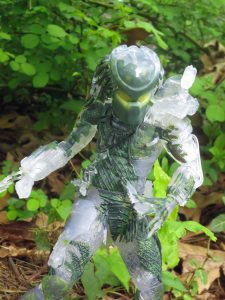 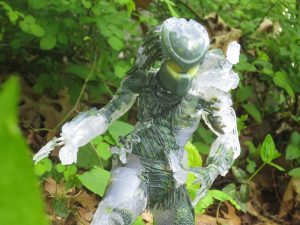 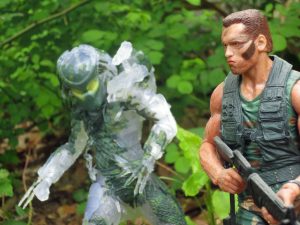 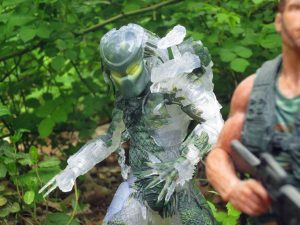 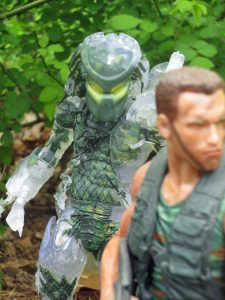 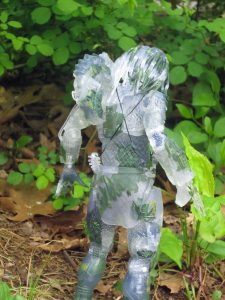 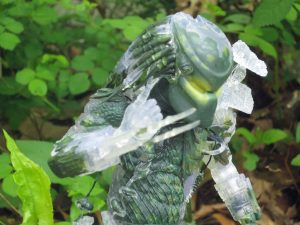 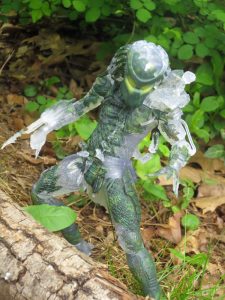 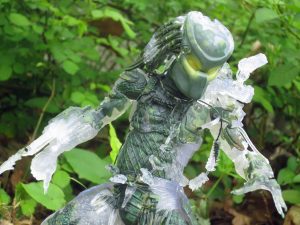 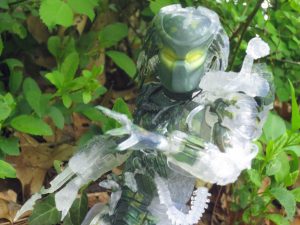 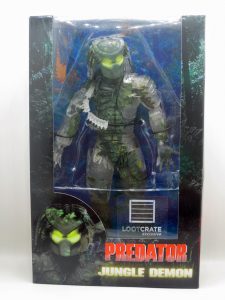 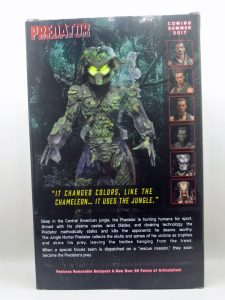