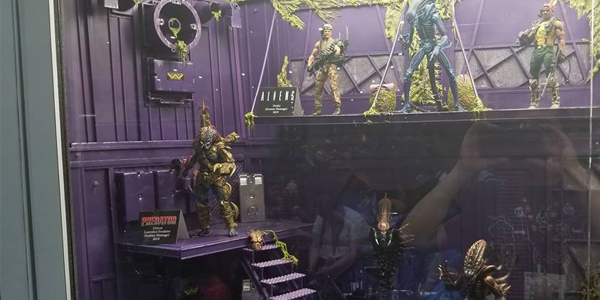 One of the best sub-lines we’ve seen in NECA’s Aliens and Predator toy lines is the Kenner tribute collection. Every third wave of figures has included NECA’s updated action figures inspired by the bizarrely-colored, confusingly gimmicky, and altogether wrong-headed toy lines released by Kenner in the 1990s, done with NECA’s modern scale, articulation, and detailed sculpt and paint work.

Not only did NECA prove they’re carrying the Kenner torch into 2019, they’re rolling Terminator into the mix, as well.  On display at San Diego Comic Con were a Kenner style Space Marine Drake– the smart gunner’s first appearance as an action figure by NECA– and a Lasershot Predator, inspired by the deluxe electronic figure released by Kenner years earlier.

Both figures will see release in 2019, and they looked great. Drake is a perfect approximation of his weird, Contra-esque getup from Kenner’s toy line, while Lasershot takes some very fun artistic liberties with the vintage design (I LOVE that his cybernetic laser eye sports the traditional Predator triangle configuration).

In the meantime, though, Terminator will be joining in on the Kenner action later this year, with three new figures from NECA inspired by Power Arm Terminator, Metal-Mash Terminator, and White Hot T-1000 from Kenner’s 1991 toy series. We saw a Kenner-inspired Endoglow Terminator released as one of NECA’s SDCC exclusive years ago, but these new figures came completely out of left field! Not only that, they’re leading strong with Power Arm, who was hands-down the best Terminator toy Hasbro ever produced.

The big question now is, what will the bios be on these new Kenner releases? We’ve seen several figures in the past attempt to connect Kenner’s Aliens, Predator, and Terminator into a shared universe… and I’m hopeful these new figures will expand on this concept. Time will tell, as the Kenner Terminator wave is scheduled for release before the end of the year, followed by Drake and Lasershot in 2019. Bring it on! 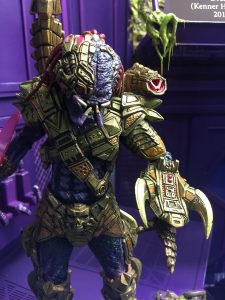 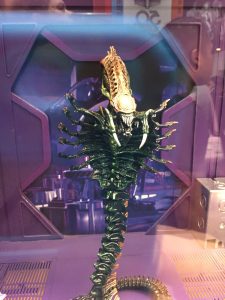 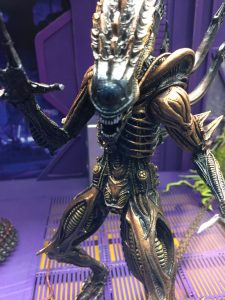 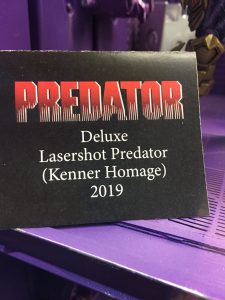 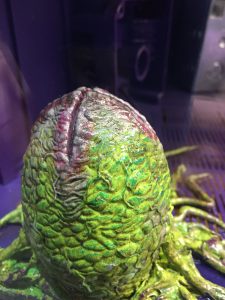 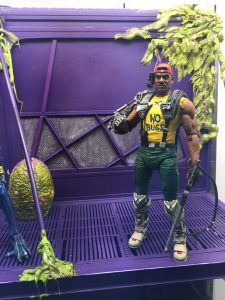 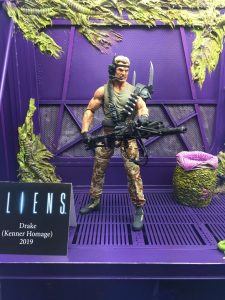 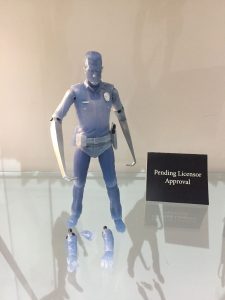 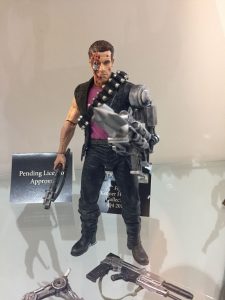 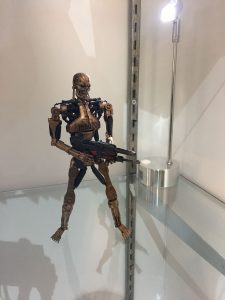