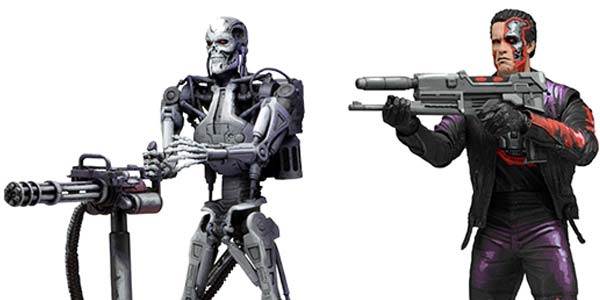 NECA expands their video game collection from 8 to 16-bits of awesome.

I have a confession, you guys… I never actually played RoboCop vs The Terminator.  I’ve always kind of had a hate on for random mashups, and I remember rolling my eyes at the game box at my favorite video store.  Was I wrong to snub this one?  I’d love to know…

What i can say is, NECA has reworked their Terminator and RoboCop toys to offer some pretty cool game-inspired designs in this series.  There’s lots of fun stuff here– new weapons!  Those flames engulfing poor RoboCop!  I kind of desperately want to A) own all these guys, and B) finally play this stupid game on the SNES in my basement.

Whether these figures will be packed in the already iconic NECA-Nintendo style boxes remains to be seen, but the paint work and fun factor on these guys is off the charts.  But most of all, I’m glad to see NECA expanding the video game inspiration beyond NES renditions… it gets us one step closer to my dream becoming a reality– NECA tackling the awesome Aliens vs Predators arcade game.

Read up on the RoboCop vs Terminator collection below:

Introducing a two-series collection inspired by the classic 1993 video game, Robocop vs. The Terminator!

Released in late 1993 for the popular 16-bit home console, the game answered the burning question of sci-fi fans worldwide: which man/machine would win in a fight? The “future of law enforcement” or the actual future? The 7″ figures have paint deco that re-creates the video game shading and are fully articulated. 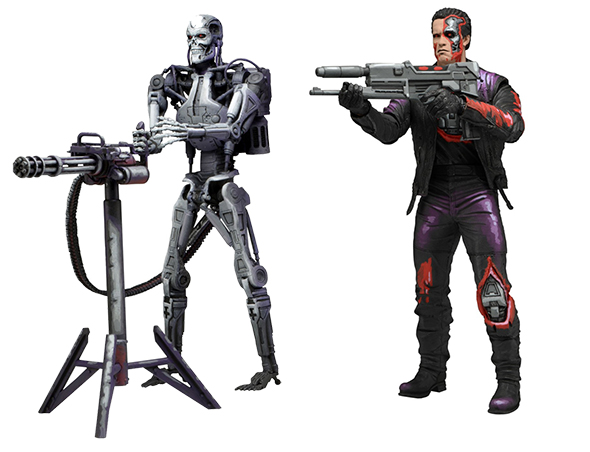 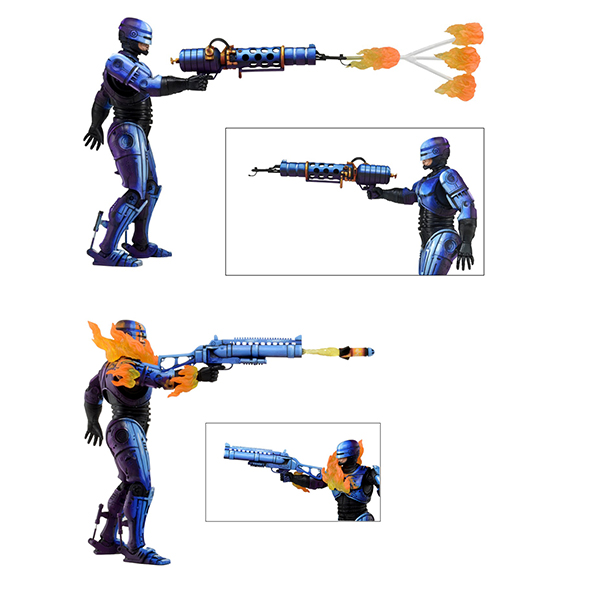