NECA’s Randy Falk drops an exciting teaser for the new year on Twitter.

On Christmas Day, NECA gave all of us a gift, in the form of two total collection posters of the Predator and Pacific Rim toy collections (including some upcoming figures and new reveals).  But that wasn’t the end of the Christmas season Easter Eggs NECA had in store…

Before the hi-res images were posted, Randy Falk shared a screen shot of his computer with the Pacific Rim poster… as well as some thumbnails on the top of his desktop.  Most notable among them?  A shot of Christopher Reeve’s Superman!

Since that screen shot was posted, Randy has been playing coy on Twitter, but he also isn’t saying no to Reeve (something we’ve seen NECA state in no uncertain terms in the past)… so I think this one is pretty damn close to confirmed.

The big question is, what scale will this figure be?  NECA still has 18″ rights for DC’s movie characters, so that certainly would not be a surprise to see… But after the immense success of the 7″ Keaton Batman/ Blu Ray pack, I’m curious if they’;re going to try to release a 7″ Reeve with a DVD to match?

I’m certainly planning to stay on top of this story.  We will hear something at Toy Fair this February, if not sooner.  In the meantime, let’s scrutinize what else is hidden in this screen shot! 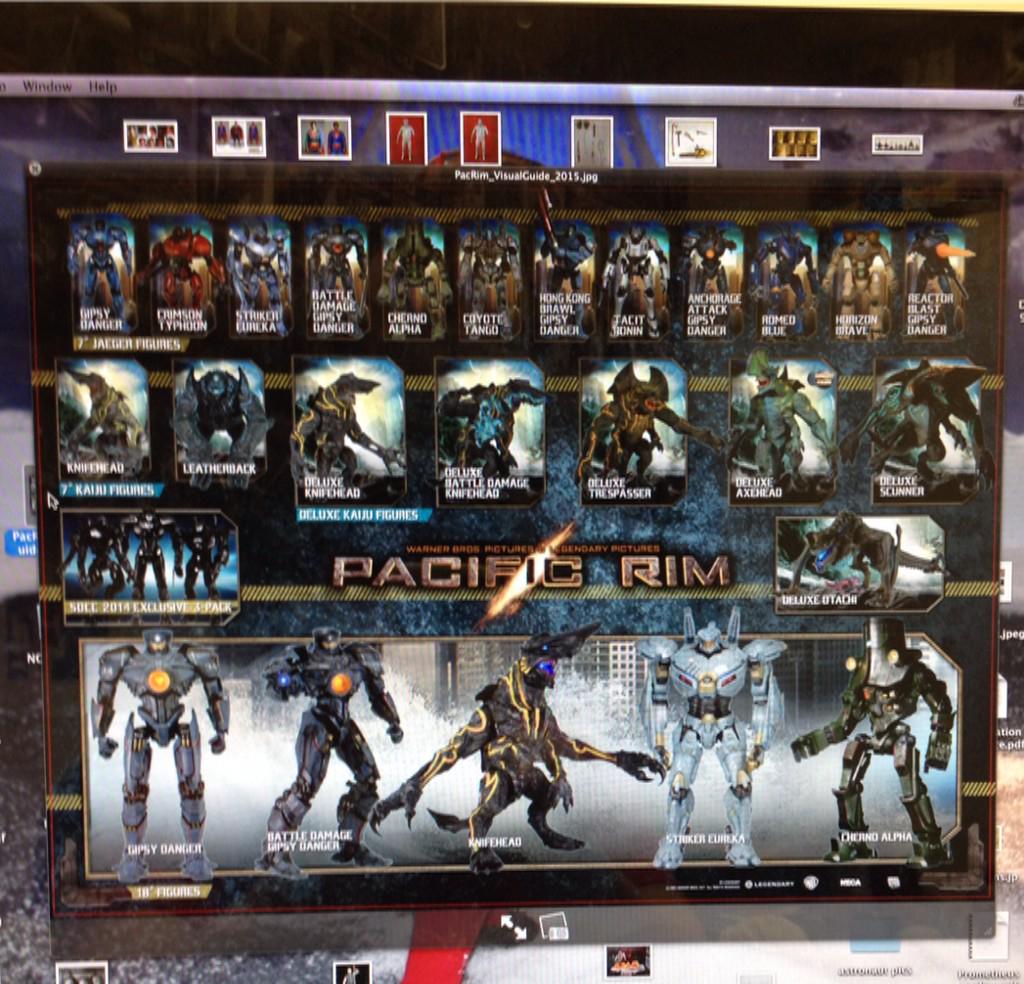