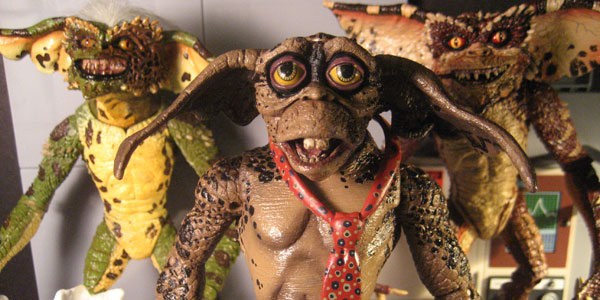 It’s been a while, but NECA has finally released their second set of Gremlins figures, and they are amazing.

There aren’t many things from my childhood I remember more fondly than Gremlins, and for the second year in a row, NECA’s rekindling my love for those slimy, scaly hellions with their fantastic Gremlins toy line.  The new assortment of Gremlins is available now, and features three more critters from the New Batch in the second (and still my favorite) movie– this time out we get figures of Lenny, the Phantom and a generic Brown Gremlin, each of whom is great on their own and fits perfectly with previous releases. 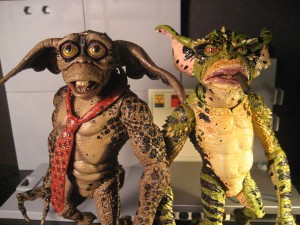 Lenny is the goofy sidekick of cantankerous George (released last year in Wave One), and his figure features a virtually all-new sculpt, accurately depicting the gentle (as far as Gremlins go, anyway) giant as larger and more muscular than his fellow havoc-wreckers.  The new sculpt is every bit as detailed as the previous Gremlins, and gives Lenny the added heft he needs, while his doofus facial features, complete with droopy eyes and buckteeth, give him that adorable (again, for Gremlins) look from the movie. Lenny includes a tie which hangs loosely from his neck, but which does come off without too much effort. 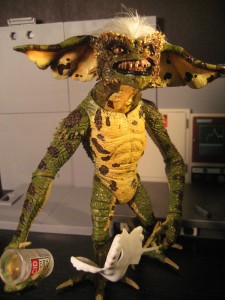 The Phantom is the Gremlin who burns half his face off with acid, only to spoof the classic Universal monster, right down to a Gremlin-sized white mask he wears to hide his hideous scars. Hideous scars and an homage to classic horror sounds completely in NECA’s wheel well, and the Phantom figure is predictably excellent. Phantom is a typical Gremlin body with a new color pattern accurate to his movie look, and the same spiky, scaly texture employed by all NECA’s wonderfully sculpted creatures. The Phantom also sports a tuft of rooted white hair that blends in nicely with his plastic body, and a very well-sculpted burned face which is just as gross as it should be, from the sinewy texture to the half-gone upper lip of this Gremlin. Phantom includes his white mask, which can fit over his scarred visage, or held in his hand using the handle attached to the side of the mask– but not both. Due to the length of the Gremlin’s arm and the articulation, his arm can’t bend high enough to hold the mask up to his face. It’s by no means a deal-breaker, especially since the mask can be removed from the handle and fits snugly on his face all by itself. Phantom also includes the jar of acid that gives him his scars, with the important label he didn’t heed: “Do Not Throw In Face.” 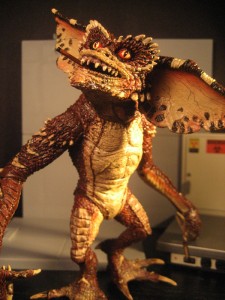 Rounding out the latest wave is a generic Brown Gremlin, a repaint of the Wave One Flasher without his trenchcoat. The new coloring looks great, not unlike a rattlesnake, with brown scales and an angular yellow pattern on his back and limbs. Randy Falk from NECA mentioned at Toy Fair this guy looks like the Brain Gremlin before his evolution, but I think he looks more like a smaller-scale version of the awesome 1:1 Gremlin NECA released earlier this year. Either way, it’s impossibly to have too many Gremlins in your collection, and this generic guy bulks up the ranks of your horde nicely. The Brown Gremlin includes the same sunglasses as The Flasher, as well as a cigarillo which fits perfectly between his spiky teeth.

It’s rare that NECA’s products aren’t great, but their work on Gremlins over the past two years has seen some of the most accurate sculpts and cool toys I’ve ever seen.  The Gremlins line is packed with fun, cool and beautifully sculpted toy renditions of the weird and iconic creatures, and if we’re lucky this line will continue for a long time.  We’ve seen a number of other figures on display at Toy Fair and other shows– including an incredibly cool spider-mutant version of Mohawk, as well as Greta the female Gremlin… and there’s tons more I’d love to see NECA take on… Give me a Bat Gremlin, or Salad Bar… or even new, more articulated takes on Brain and Mohawk. If the quality of future Gremlins stays at the same incredibly high level as these latest figures, I would stick with this line forever. 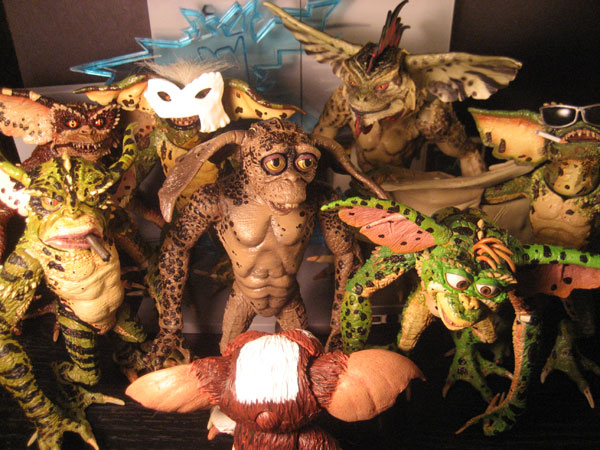 Thanks to NECA for giving us the chance to take an early look at Gremlins Wave Two! 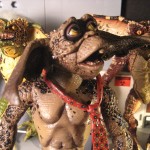 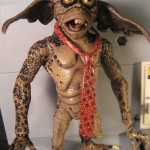 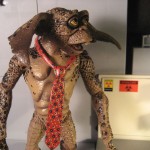 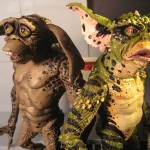 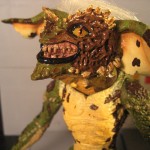 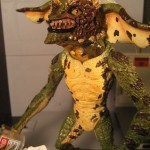 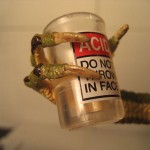 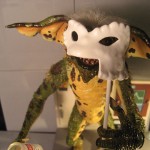 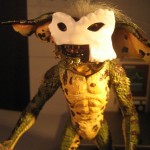 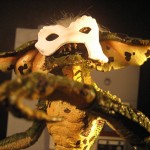 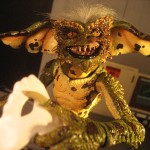 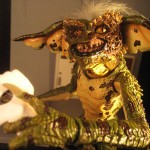 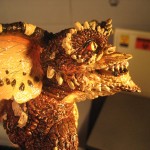 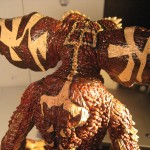 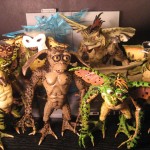 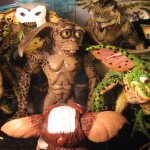 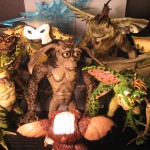