NECA Dawn of the Planet of the Apes: Koba 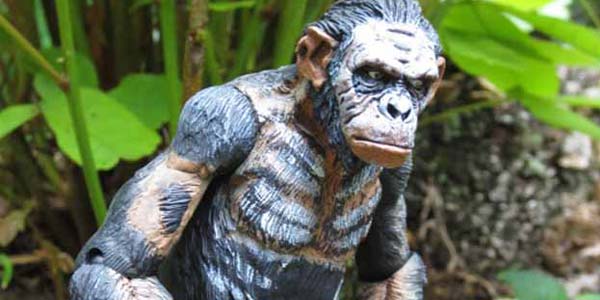 Koba joins the ranks of the ape society in NECA’s Dawn of the Planet of the Apes collection.

NECA knocked it out of the park with their Caesar action figure from the new Planet of the Apes series, but our star isn’t the only great figure in the set.  Koba, the second-generation lab chimp who becomes part of Caesar’s community, makes for another awesome ape action figure.

Let’s get this out of the way up front– NECA could have cheaped out and gotten away with sharing parts between Caesar and Koba, but they didn’t.  This figure is an all new piece, and the sculpt by Thomas Gwyn and Alex Heinke takes full advantage of the differences between this ape and his leader.  Some are subtle– Koba’s proportions are slightly different, with a bulkier chest and broader shoulders.  Some are much more dramatic, such as the ape’s litany of scars, burns, and bald patches.  This chimp is a mess in the movies, the visual embodiment of the cruelties of animal testing, and NECA’s figure does a great job of capturing each painful detail, which justify the angry scowl on Koba’s portrait. 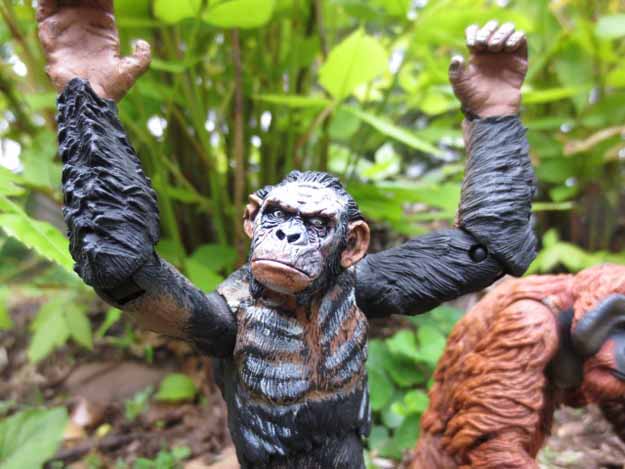 Like Caesar, Koba also features very well rendered skeleton-like war paint, and it adds yet another layer of dynamics to his overall design.  Also following suit with the apes’ leader, Koba comes packed with a big, nasty looking spear and an alternate set of hands, so he could either grip the weapon or leave his hands open.

Koba suffers from the same articulation limitations as Caesar, with limited range in the hips and no lateral movement at the elbows, but there’s still plenty of moving parts, and you can get a good range of poses with this guy.  I’m really hoping Koba plays a bigger role in this summer’s Dawn of the Planet of the Apes.  He was such a visually striking character in Rise, I wanted to know more about him.  That NECA made a Koba figure in their first wave of apes might suggest he’ll be a major player in the upcoming sequel… or perhaps NECA is just employing their skillful eye for a design that would make a great action figure?  Either way, Koba fits that bill, and NECA really delivered. 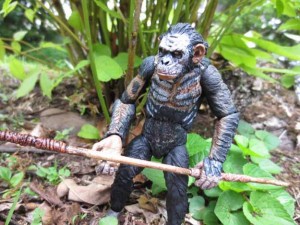 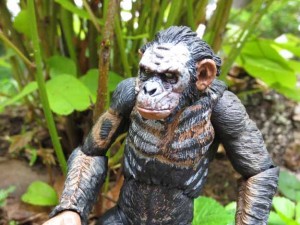 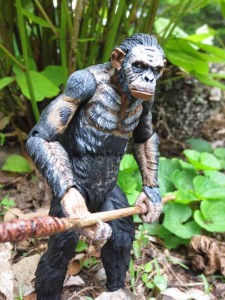 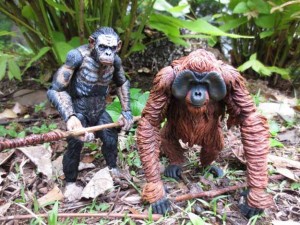 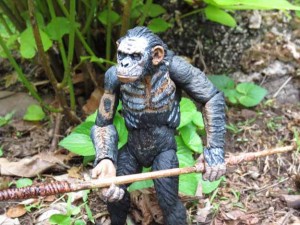 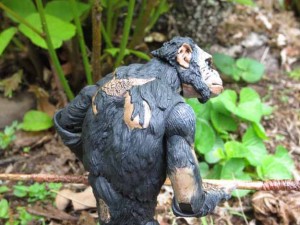 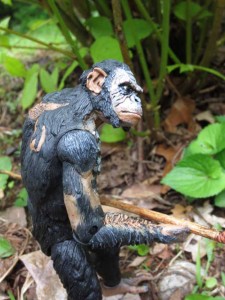 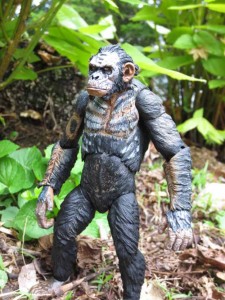 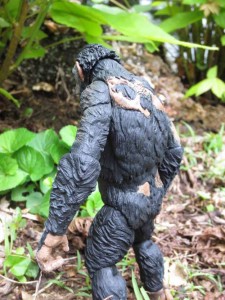 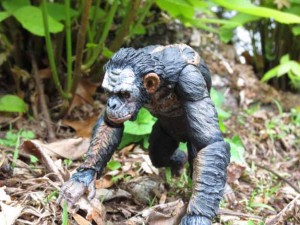 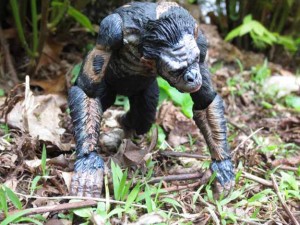 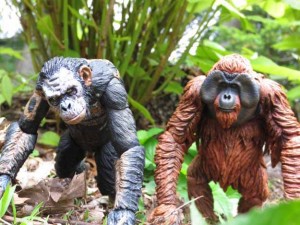 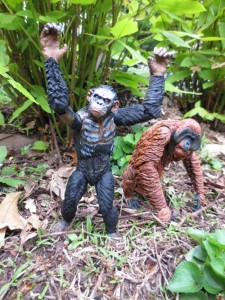 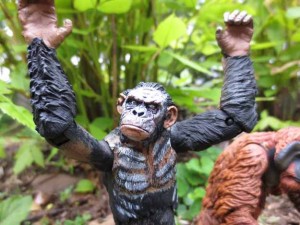 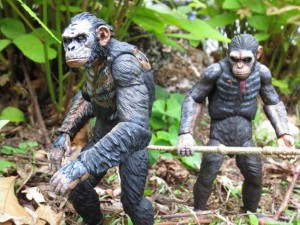 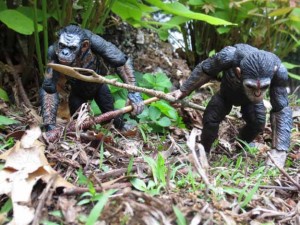 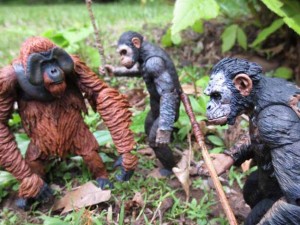 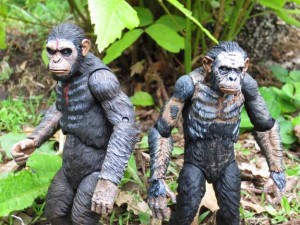 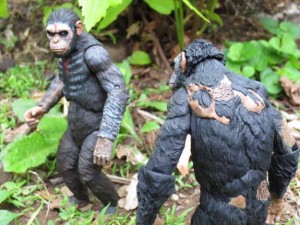 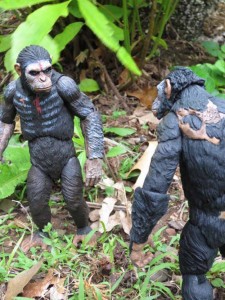 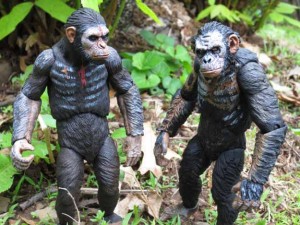 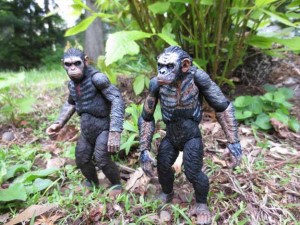