NECA Dawn of the Planet of the Apes: Maurice 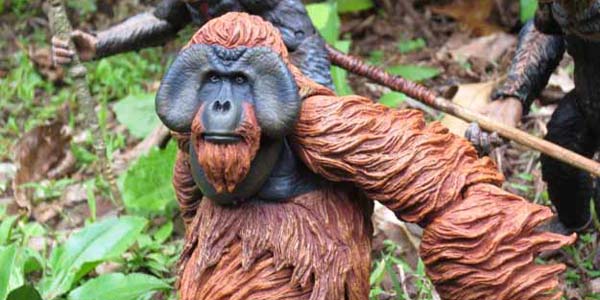 NECA expands the ape society again with this fabulous Orangutan.

The Dawn of the Planet of the Apes collection launched with three figures– our two chimps, Caesar and Koba, but NECA isn’t stopping there.  The wave also includes Maurice, the orangutan, and he makes for a truly stunning figure.

Maurice is definitely the most unique of our three apes, a huge hunk of plastic with the proper bulky proportions suiting this big guy.  From his massive arms to his bulky chest, Maurice is perfectly in scale with his apes brethren and the all new sculpt by Alex Heinke is really out of this world.

The shaggy orange hair that covers much of Maurice’s body is wonderfully realistic, and offsets perfectly with his dark grey skin.  While this ape lacks any war paint, he’s so visually dynamic it’s not missed at all.  As a former circus ape, Maurice proved to kind of have his shit together in Rise of the Planet of the Apes, so I wouldn’t be surprised if his lack of decoration plays to his more peaceful character in the upcoming film.

Adding to this notion is Maurice’s excellent face sculpt, with his soulful eyes providing a great sense of intelligence and character.  The figure features a great range of motion, and can stand very well on his hind legs or hunched forward on all fours.  Despite his girth, this guy is incredibly well balanced– a true testament to the excellent sense of design NECA often employs.

While he lacks alternate hands, Maurice makes up for this with feet posed to grip as easily as his hands, while still offering the ability to stand.  He includes a red book accessory, further playing to his “more refined” nature, and he can hold the book in any of his hands or feet.  This is a gorgeous figure, and while he’s very distinct from his fellow apes, Maurice still fits in wonderfully with the rest of the figures, adding some falir to Caesar’s followers.

NECA knocked it out of the park with their first POTA figures, and this is just the beginning.  There’s a second wave planned for later this year, a rumored two-pack of Caesar and Koba without their war paint, and, of course, the classic POTA figures coming this summer, as well.  I’ve been dreaming of a perfectly realized Apes toy line since I got my first POTA Mego doll as a kid, and NECA stepped up in a bag way with these figures, making my dream a reality.

I can’t wait to expand my modern and classic apes as soon as possible.  After all, as they say… apes, together, strong! 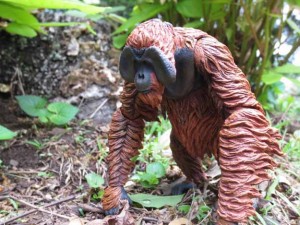 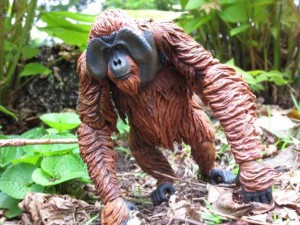 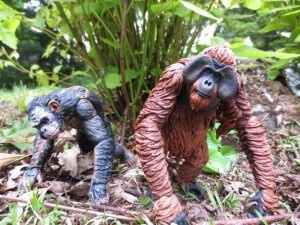 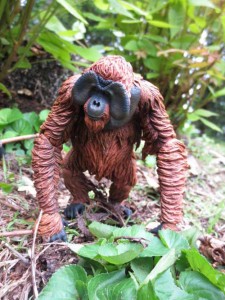 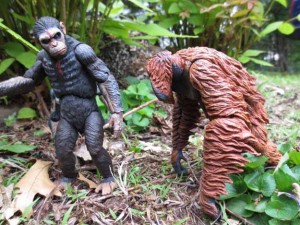 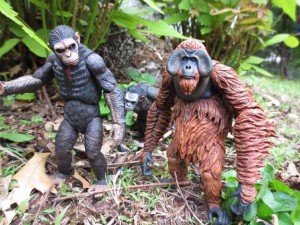 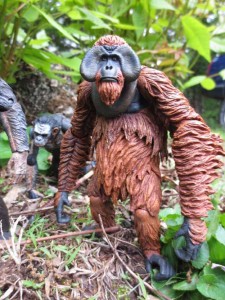 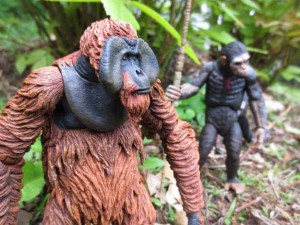 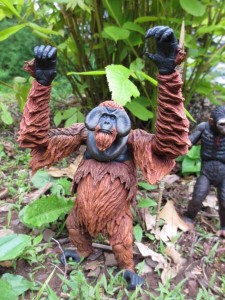 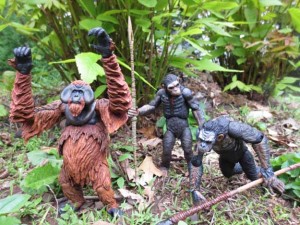 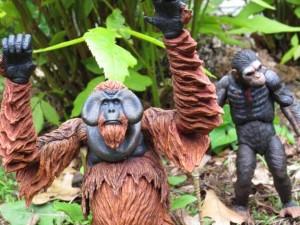 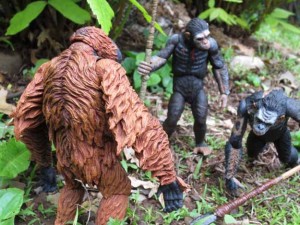 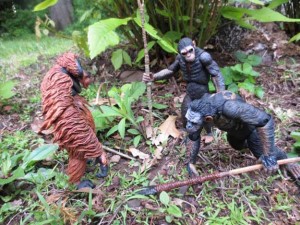 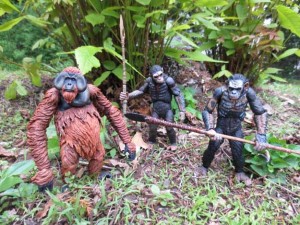 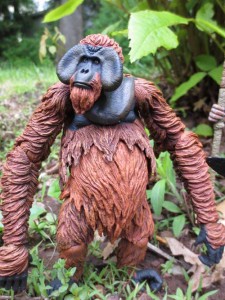 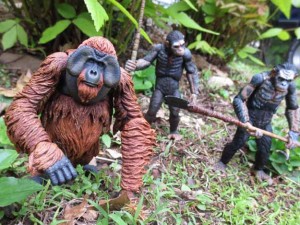 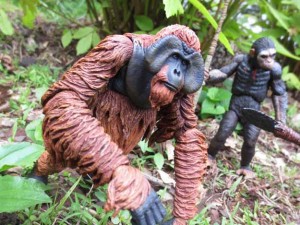 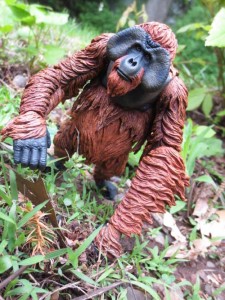 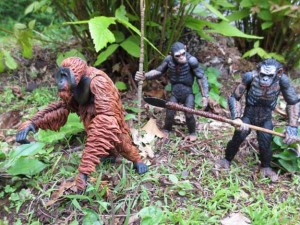 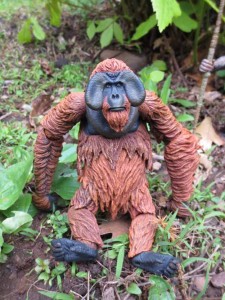 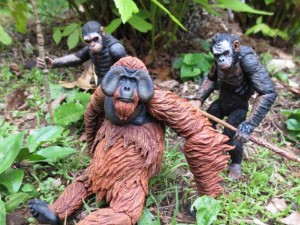 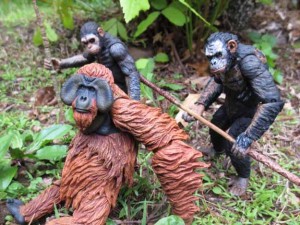 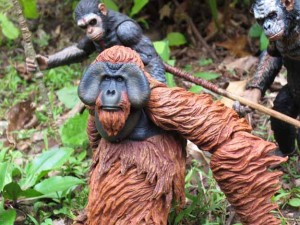 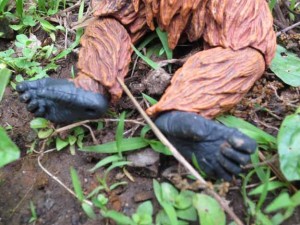 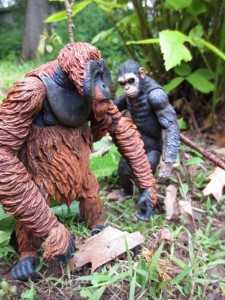