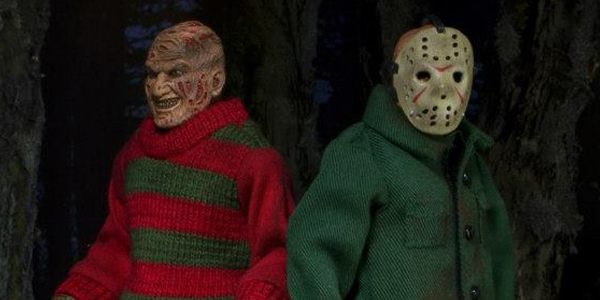 Two icons of the 80s get immortalized as icons of 70s toys, thanks to NECA.

It’s been quiet on the 8″ retro front for NECA since the Django Unchained drama late last year, but now the best toymakers of the year are bringing their Mego-esque concept back for new 8″ dolls based on slasher icons Freddy Krueger and Jason Voorhees.

I like the retro approach to these demented characters, and– of course– NECA’s sculpted faces and hands are as outstanding as you’d expect.  The cloth clothing and accessories (which can actually fit, thanks to the new hands!) add a nice, old school flair to both figures, as well.

This isn’t the first time Freddy has been released in Mego style… the failed Maxx FX series from Matchbox and Mel Birnkrant saw the release of the killer in the late 80s*.  He was one of the most cherished toys in my collection when I was younger, so NECA’s new take immediately brought back memories of that cloth-covered masterpiece of toy technology.

Here’s the full details on the new retro style Jason and Freddy… they should be available shortly after Halloween.

Freddy and Jason are getting a new, old-school look!

In news guaranteed to blow your mind, your favorite baddies from Nightmare on Elm Street and Friday the 13th are getting the retro treatment! Just like all the coolest toys in the 1970s, Freddy and Jason are being remade as 8? poseable dolls with fabric clothing.

We could go on and on about how these upcoming figures are a tribute to our favorite childhood MEGOs, but a picture speaks a thousand words. Feast your eyes on these close-ups:

Get your retro fix with these brand new versions of two horror icons — Jason Voorhees and Freddy Krueger! These poseable 8? figures are dressed in tailored fabric clothing similar to the retro toy lines that helped define the licensed action figure market in the 1970s.

Jason is based on his iconic first appearance with the infamous hockey mask in Friday the 13th Part 3. He comes with machete and harpoon gun accessories. Freddy is based on his appearance in the original Nightmare on Elm Street movie, and comes with a removable hat and his trusty razor glove. Both are entirely faithful to the movies. 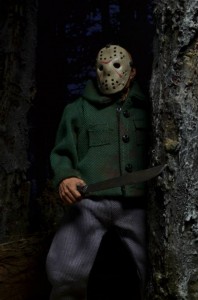 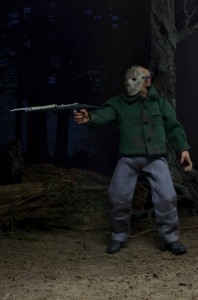 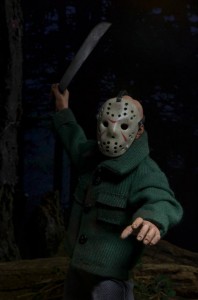 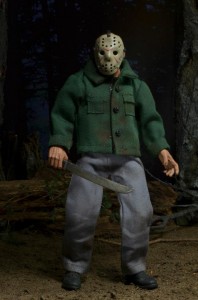 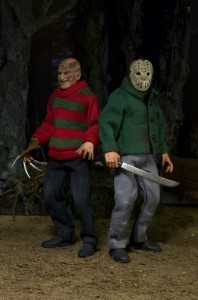 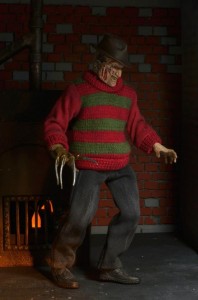 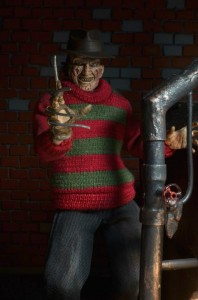 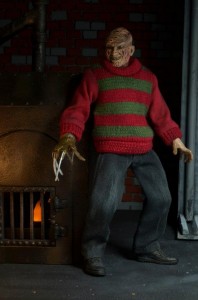 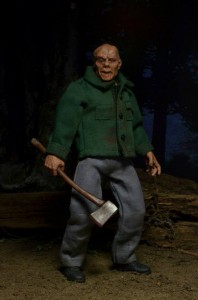 *Technically speaking, Maxx FX was an actor on whom a Freddy costume and mask could be placed, but seriously– who the heck had this toy and did NOT just keep him in the Freddy costume 24/7???