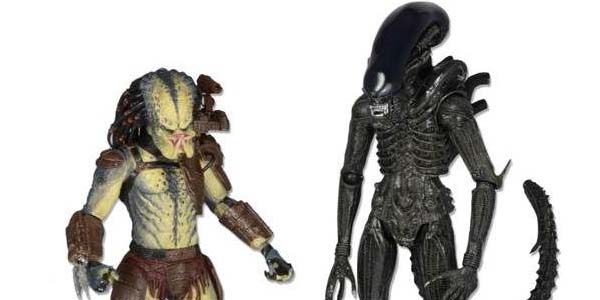 The Ultimate Alien Hunter returns to toy shelves, thanks to NECA!

Hey, this is pretty cool!  NECA has been continuing their Kenner inspired Predator collection in some neat ways (such as the Comic Con exclusive Ambush Predator available in a few months), and now they’ve revealed another cool retro tribute.  This Alien vs. Predator two-pack was revealed by NECA on Twitter late last week, delivering newly colored variants of both figures, modeled after the two-pack Kenner released in their classic 90s toy line.

If you don’t remember the original toy set, here’s the deal– for all their Alien and Predator action figures, Kenner never really came close to releasing movie-accurate versions of these iconic monsters.  Enter the Alien vs Predator two-pack, which delivered semi-accurate movie versions of the Predator and Alien,while cashing in on the comic book that began the love affair tying these two franchises together.

It was a great set, and was the centerpiece of my teenage collection (my options as a life-long Alien obssess-ee were limited at the time).  The Predator figure was very cool, too, with a removable mask and the badass plasma gun which NECA recreated recently for their Renegade Predator figure.  Kenner initially released their version of Renegade as a KB Toys exclusive repaint of this two-pack Predator, so once again NECA is going in reverse order, having released the “repaint” Renegade first and the “original” colors version later, in this pack.

But the order doesn’t matter much, and I love that they’re apparently including both masked and unmasked heads for this Predator.  He also gets the cool yellow and grey skin tone and brownish copper armor, which is an eye catching combination while not separating him too dramatically from his fellow Hunters.  And with the Big Chap Alien being one of the hardest to find figures in NECA’s Alien line, I’m sure there’s many people late to the game who will be happy at the opportunity to add him to their collection.

Thus far, there’s no more details on this set.  I have a hunch it will be a Toys R Us exclusive, but that’s based on nothing more than the timing of this reveal suggesting it will be released around Christmas time, and TRU usually drops a NECA exclusive or two for the season. 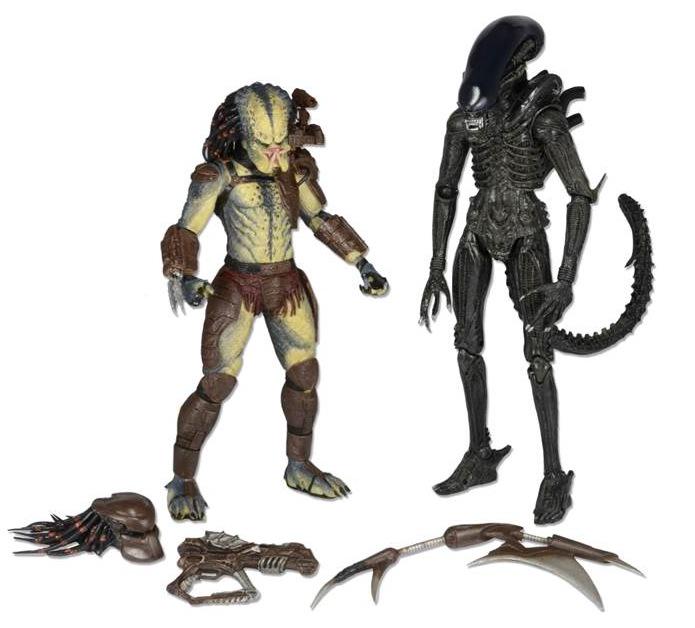