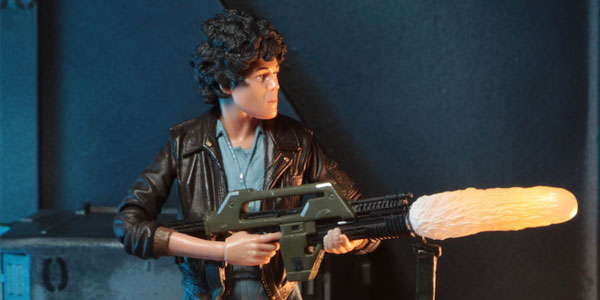 The heroines of James Cameron’s sci fi horror classic get new looks in NECA’s next assortment of Aliens action figures.

Throughout 2017, NECA has been celebrating the 30th Anniversary of Aliens, and that theme continues in the twelfth series of action figures, due this September.  The new set features new variants of Ellen Ripley and Pvt Vasquez, along with upgrades of the battle damaged Xenomorphs, originally released in Colonial Marines two packs several years ago.

Ripley now sports her full jumpsuit and bomber jacket, while Vasquez rocks her BDUs, sans smart gun rig.  Each figure includes a pulse rifle, and a cool new blast effect which clips on the front.

These are both significant looks for the characters on screen, and these little tweaks like the blast effects are welcome additions to the overall line.  As for the battle damaged Aliens, I’m a bit less enthused. Yes, they feature the new upgraded Ultimate Alien body… but the damage effects (blood spatters/ exploding head) are identical to the originals.  If you missed out on those figures, the new ones are great. But if you already own them (or, if you’re like me, about half a dozen of each) these single packs feel less appealing.

I kind of wish NECA had included the damaged heads as alternate parts in the Ultimate Aliens also coming this fall, and included more basic Xenos in this wave of single carded figures, which would have been more enticing for multiple purchases and army building.

The best news, though, is this wave is just the tip of the iceberg for the Aliens celebration.  In addition to this trio and the Colonial Marines accessory pack, there will also be a Hadley’s Hope two-pack (complete with sign backdrop), and a new single release Toys R Us/ NECA Aliens Club exclusive, who will be revealed at Comic Con.  We know it’s a new character, based on Aliens, and since it’s a limited release exclusive, it can be a more obscure character… it’s gotta be Burke, right?

While we ponder, you can read the full details on Aliens Series 12 and see great photos below:

Ripley stands approximately 7? tall, has over 25 points of articulation and features the likeness of Sigourney Weaver. She wears a bomber jacket over blue coverall and comes with pulse rifle accessory and attachable muzzle flash.

Vasquez stands approximately 6.5? tall and features the likeness of Jenette Goldstein. Vasquez is seen in her alternate outfit and the Marine gear is completely faithful to the movie, down to the “LOCO” detailing on the back of her vest. Vasquez has over 25 points of articulation and comes with pistol, knife and pulse rifle with attachable muzzle flash.

The Xenomorph Warriors feature 2 unique battle-damaged sculpts and stand over 9? tall. They utilize the new “Ultimate” Alien body, which has many upgrades, including added articulation and increased range of motion in upper torso and neck, plus a re-engineered tail assembly which provides an additional swivel as well as having a bendable portion. Over 30 points of articulation. 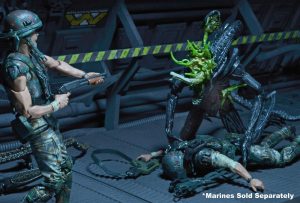 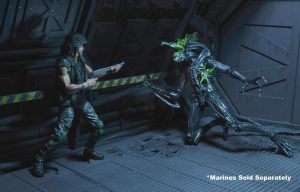 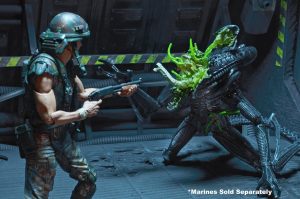 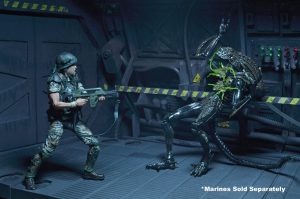 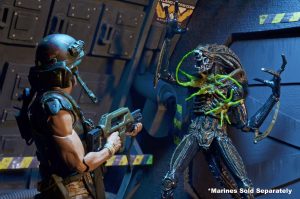 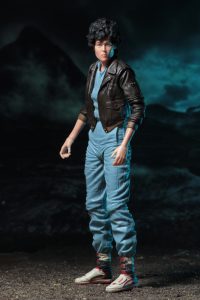 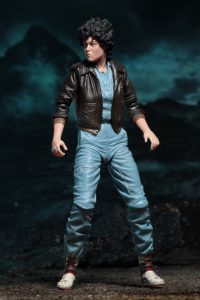 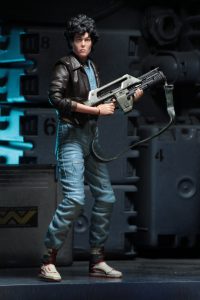 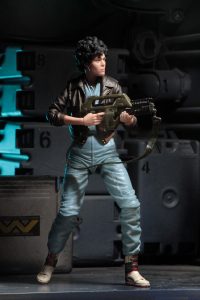 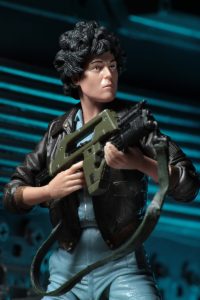 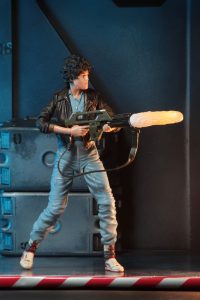 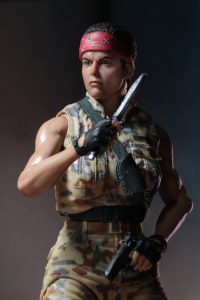 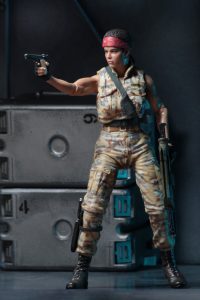 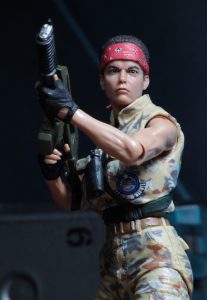 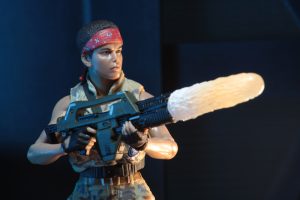 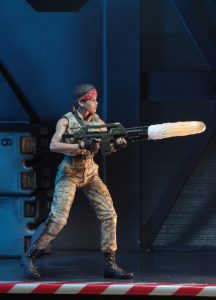