NECA Reveals Aliens Series 9 And It Is Awesome 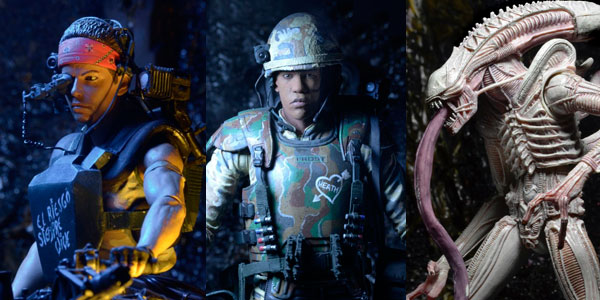 The entire wave celebrates the 30th anniversary of James Cameron’s classic with the coolest, geekiest mix of Aliens toys yet!

NECA already pretty much owned #AlienDay426 earlier this week, offering up a special edition Ripley action figure which was readily available (at least, in comparison to other Alien Day merch), and the reveal of their first Comic Con exclusive, a 7″ scale Newt action figure complete with an oversized Marines helmet and (of course) Casey.

Never a toymaker to settle, NECA has extended the Aliens love all week long, teasing today’s reveal of the ninth series of Aliens action figures, which will hit stores this August.  And let me tell you, August cannot come soon enough, because this assortment is incredible!  We’ve known for a while that fan favorite Lt. Vasquez was joining the toy line, and her figure’s all new sculpt looks absolutely incredible.  The Jenette Goldstein portrait is totally on point, her Smart Gun looks perfect, and the figure features the full range of heavy armor and headgear, just like she wore in the movie.

In addition to the first Smart Gunner to join the team, Series 9 also features fellow Marine Pvt. Frost, who once again sports a truly stunning likeness to Ricco Ross.  The ill fated trooper will include an all new ammo bag accessory, as well as a removable helmet and the same meticulously recreated armor decoration we saw on past Marines like Hicks and Hudson.

So we’ve got a fan favorite many of us have been dying for… and a supporting Marine that brings us slightly closer to a complete squad… But things are about to get even cooler, at least for the hardcore Aliens nerds like me.  The Xenomorph in this wave is the gross, pink-and-white creature seen below, NECA’s second “concept character,” who was featured in the original Alien 2 scriptment written by James Cameron, but scrapped before that story ultimately became the film we know and love.  The Albino Alien is a drone whose long probiscus secretes the resin that forms the Xenomorph hive, proving this guy’s function is just as creepy and nasty as his form.  Like the translucent Prototype Suit Big Chap, this is another really cool Alien variant that is both visually dynamic, and shows how deep NECA is willing to go into the lore and production of these classic movies.  I love it.

This trio will be preceded by the first wave of Alien3 figures earlier in the summer, as well as Newt at Comic Con this July.  NECA’s Aliens line has been a great toy line since its launch, but these latest waves really show NECA stepping up their game, in terms of sculpting, detail, quality, and general, overall awesomeness.  It’s a great time to be an Aliens fan!

Check out photos of Vasquez, Frost, and the Albino Alien below… and read more details on these amazing new figures at NECA’s website. 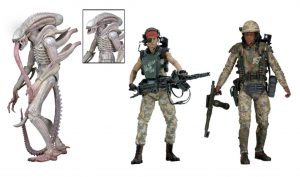 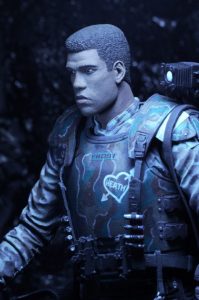 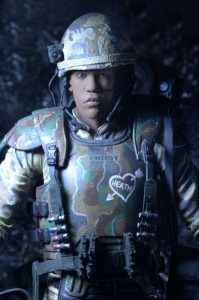 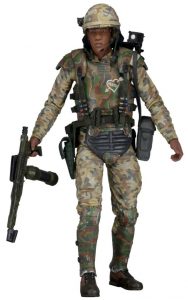 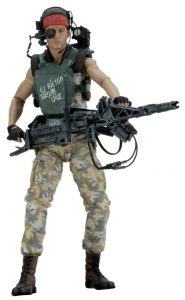 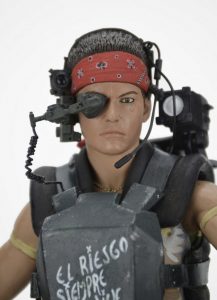 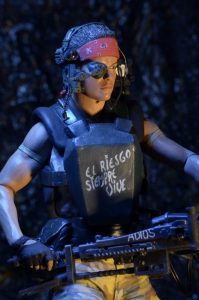 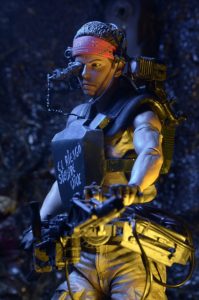 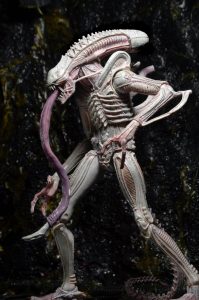