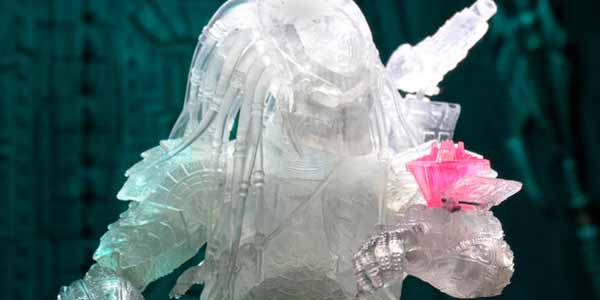 Those bloody wrist claws are not very stealthy, bro.

NECA has just announced their second San Diego Comic Con exclusive, which is sure to make all three people who actually liked the AvP movie totally lose their shit: a clear variant of Scar, to replicate his cloaked stealth appearance.  As for the rest of us, I’m sure we will for the most part also appreciate this fantastic looking figure, whose quality finally sort of justifies the existence of this garbage movie.

The Cloaked Scar is a translucent recast of the just-released Masked Scar figure, with two totally rad new accessories that, to be perfectly honest, make this figure a must-buy.  Scar sports a seriously badass blood-covered wrist blade, as well as an arm-mounted Temple hologram.  What makes these pieces extra cool is that all NECA’s AvP figures are designed with modular and shareable accessories.  This means you can easily transfer the Temple and the bloody blades to any AvP Predator figure (which would probably be wise because these colored pieces really do kind of blow Scar’s cover in stealth mode).

Scar comes on the heels of the insanely awesome Aliens Newt figure NECA will be bringing to Comic Con, and they’ve got two more exclusives we’ve yet to see.  They won’t be Aliens or Predator related… so what else do you think NECA has planned for this year’s exclusives?  Leave your best guesses in the comments below! 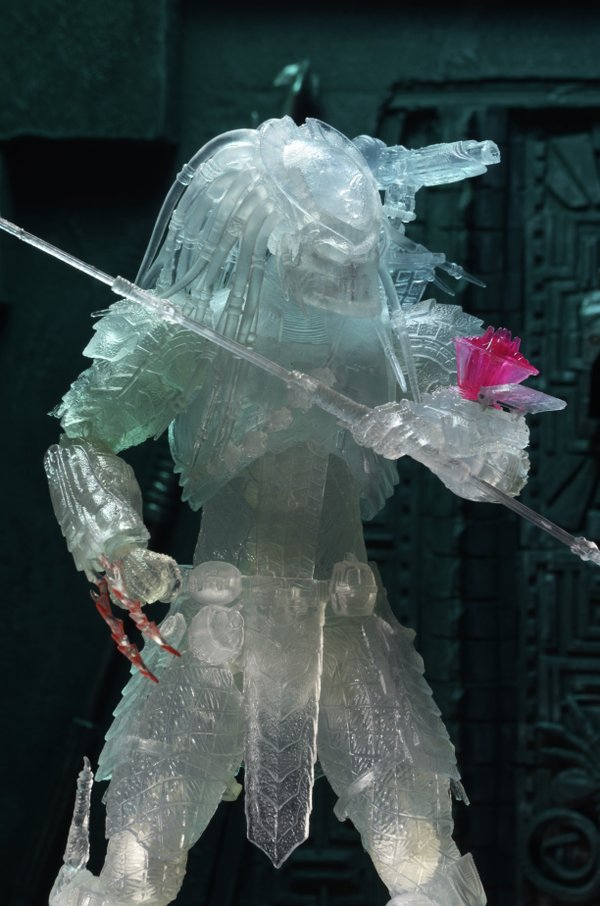