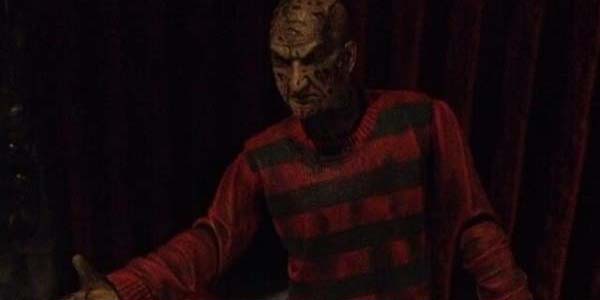 Last night, the Alamo Drafthouse in Yonkers, NY hosted a special 30th anniversary screening of Wes Craven’s classic A Nightmare on Elm Street, and NECA took the opportunity to debut their new Freddy Krueger figure.  Randy Falk has been teasing about NECA doing something special for Nightmare‘s 30th, and it looks like they did just that– this new Freddy not only features tons of awesome new accessories, but for the first time ever he’s getting full leg articulation!

The slasher will feature a new head in addition to the poseable legs, plus the tongue phone, a dead skin mask, and he’ll come contained in a special deluxe package.

To paraphrase Kill Bill, right now I’m feeling a mix of relief AND regret… Relief that I held off on NECA’s other Freddy figures, because this guy is obviously the one to get… and regret for not taking the drive to Yonkers last night.  On top of the figure reveal and the movie, everyone in the audience got a souvenir bottle of Hypnocil, because Alamo is awesome like that.

You can check out more photos of the new Freddy and more atmosphere from the screening HERE.  And if you’re ever in the area, I highly recommend the Drafthouse in Yonkers.  They’re crazy cool people, it’s a great company, and you’ll no doubt have the best theater-going experience ever while you’re there. 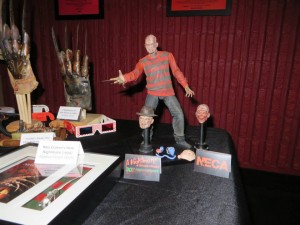 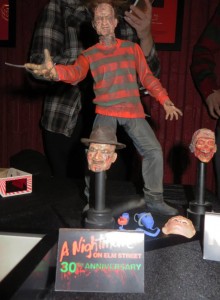 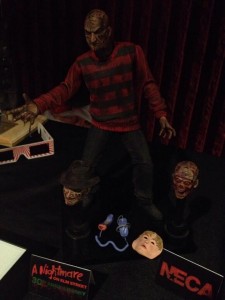