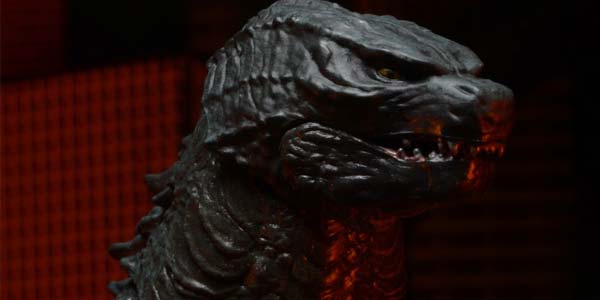 Take a look at NECA’s toy version of this summer’s main monster.

NECA is doing some really fun things with their Godzilla license, with a series of figures based on the King of Monsters from throughout his history… as well as a toy version of the current, Gareth Edwards version of the creature.

Now, they have revealed one of the modern Godzilla figures– the 6″ version, who measures a full 12″ from head to tail.  He looks great!

The new design for Godzilla is very beholden to the classic, and NECA’s toy captures that look– the stubby legs, the short snout, the spins and all the rest of the makings for a great Godzilla.  This figure will probably look pretty awesome on his own, or in the midst of his fellow kaiju with NECA’s Pacific Rim collection… although based on what we’ve seen in the trailers, this massive Godzilla might be even bigger than Guillermo Del Toro’s monsters?

We’ll wait and see, but in the meantime here’s a look at NECA’s figure, and a few more details:

From one of the most anticipated movie releases this year, the relaunch of the classic Godzilla franchise!

This 6″ tall action figure is highly detailed and measures 12” long from head to tail. He’s got over 25 points of articulation and a bendable tail. The beloved movie monster has never looked so good! 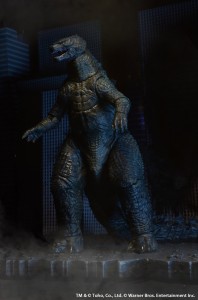 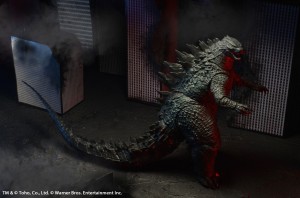 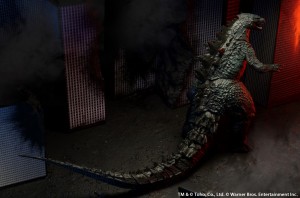 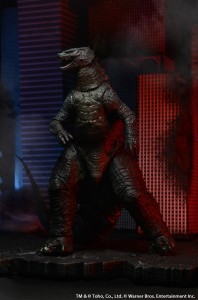 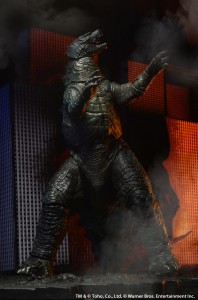 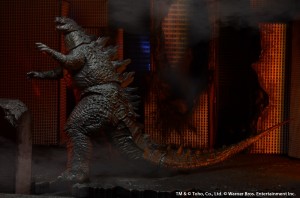 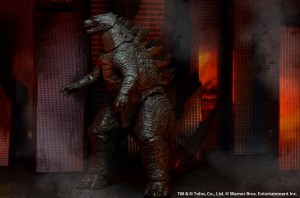 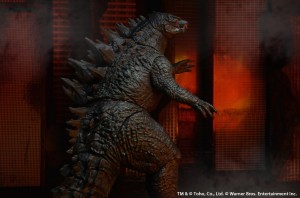 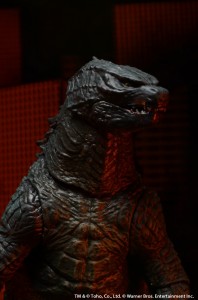 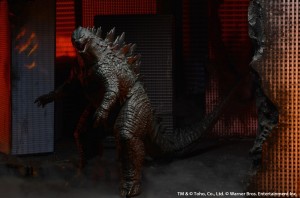 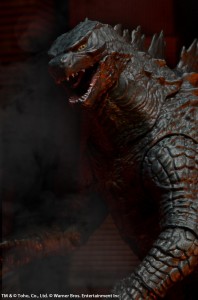 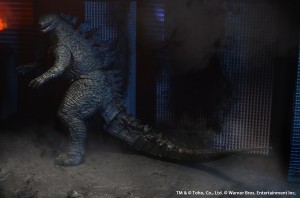