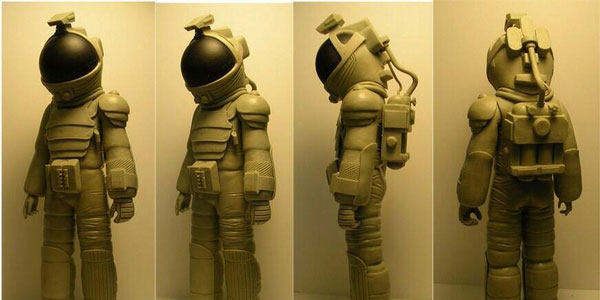 …And it’s a good looking one, too!

While NECA’s Aliens toys only debuted this year, much of 2014 will be dedicated to celebrating the 35th Anniversary of Ridley Scott’s original masterpiece, and in one of those assortments will be the above figure, seen here as a very good looking early wax sculpt.

I’d imagine the final sculpt will sport a lot more detail and better suggestions of the articulation pattern, but NECA certainly nailed that silhouette already… The armor, the helmet, and the bulk of the suit underneath all feel very real and faithful to the source material.

Of course, the visor on this sculpt is blacked out, so we have no idea who exactly is inside the suit… I’d venture to guess we will see Kane first, since his time in the suit lead to the most famous story thread, but really most of the crew can be realized with a simple head swap.

NECA’s Aliens figures already feel like one for the history books, and it looks like they’re more than up to the challenge of adding the original film to their collection in 2014.  And after seeing a sculpt this good, I’m up for it, too. 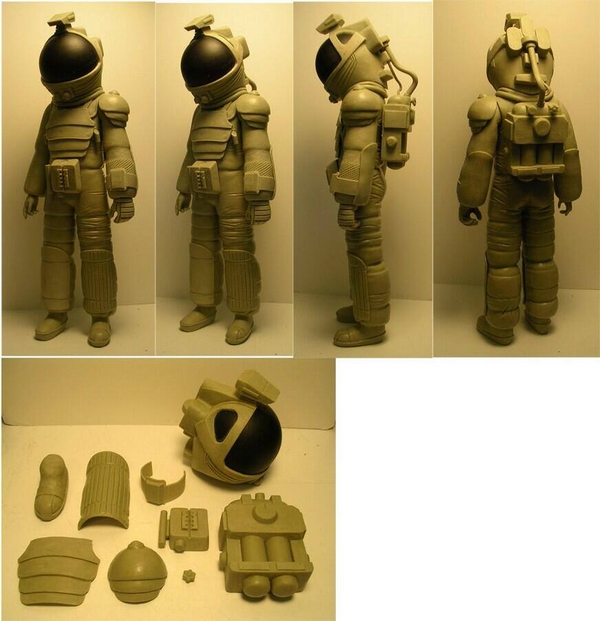