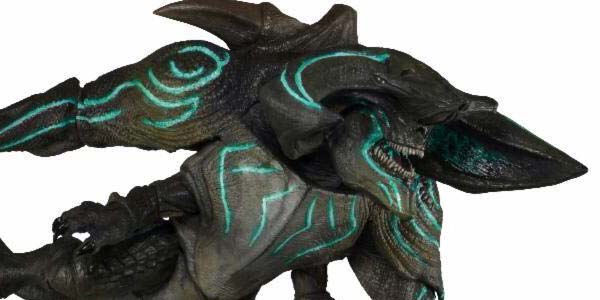 The next Kaiju from NECA’s great Pacific Rim collection has been revealed… along with some more surprises!

Yes, the movie is almost a year old, but NECA’s Pacific Rim toy line is still going strong, delivering some of the very best toys we’ve seen from a company that’s no slouch in the awesome action figure department.  And thankfully, the new toys are still selling, which means NECA is extending the life of the giant mechs vs monsters series.

We’ve known for a while that one of the next Kaiju would be Scunner, the massive beast from the movie’s final act, and NECA has now revealed a first look at the monster on Twitter.  He looks great, and even though he shares a few parts with the recently released Knifehead and Trespasser, NECA confirmed the new figure will sports lots of new tooling, making it appropriately massive as one of the biggest and most dangerous of the Kaiju.

Scunner will be released this summer, most likely along with Axe Head, the first “concept series” Kaiju figure, based on an early idea for the beast that would become Trespasser.

But if that’s not enough Pacific Rim news for you, Big Bad Toy Store also posted some new listings, including an 18″ Cherno Alpha, the third in the mega-scale assortment, as well as a new set that will reissue the incredibly hard to find Crimson Typhoon and Striker Eureka Jaeger figures.  Cherno is a no brainer– with his smokestack head and bulky proportions, he quickly became one of the most popular Jaegers in the movie, despite limited screen time.  And I’m totally stoked to see NECA re-releasing two of the most sought after figures from the early days of the line, so fans late to the game can still have their chance to assemble the whole team of mechs.

You can see first looks at both Scunner and the 18″ Cherno Alpha below… Even with no movie, 2014 is shaping up to be another awesome and exciting year for Pacific Rim! 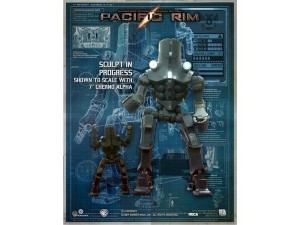 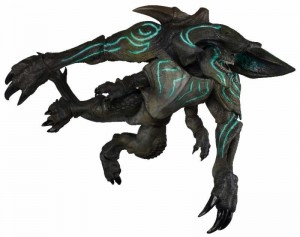