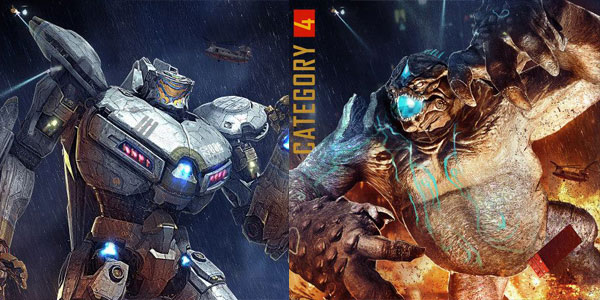 The lineup for the second series of NECA’s great Pacific Rim figures has been revealed.

Randy Falk from NECA recently sat down with MTV Geek to discuss Pacific Rim, and he revealed some new details about the future of the action figure series.

The big news to come out of the interview was the lineup for Pacific Rim Wave 2, which is set to include Australian Jaeger Striker Eureka, a new battle damaged version of Gypsy Danger (with energy sword accessories), and another Kaiju, the massive, ape like Leatherback.  We’ve known about Striker since Toy Fair, but the other two are brand new reveals, and I’m particularly excited by Leatherback, which Randy promises to be a “enormous, huge and heavy chunk of plastic.”  Judging by the character design (see Leatherback’s poster image below), I tend to trust Randy on that promise.

I’m a little bummed by the inclusion of a variant Gypsy Danger so early on, especially since we just got him in the first assortment.  I think there’s totally room for a battle damaged figure, and the new accessories sound super promising… but I wish we were getting more of the unique Jaegers earlier than variants.  I know I’ll be kind of bummed if we don’t at least get all five of the giant mechs from the movie.

The other interesting bit in the MTV Geek piece is about the pilots, which NECA has thus far opted not to produce figures of, as they wouldn’t mesh in scale with the giant Jaegers and Kaiju at a 7″ scale.  Randy did say that there’s many fans of the Jaeger pilot designs at NECA, and if they think there’s enough interest in pilot figures as well as the mechs and monsters, they’ll likely move forward with those too.

There’s no release date yet for the new figures, or official announcements about the line past Wave Two, but Randy told me at Toy Fair that, at least in a perfect world, they want to be in the Pacific Rim business for the long haul, producing as many Jaeger and Kaiju toys as possible.

Check out the movie images below for an idea of what we’re in store for with Pacific Rim Wave Two later this year: 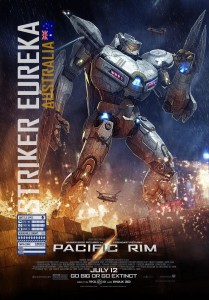 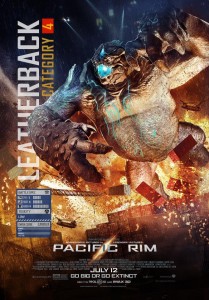