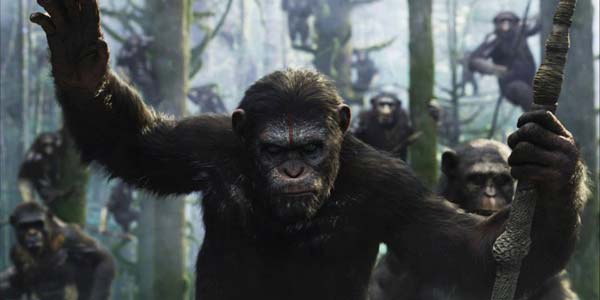 Hail Caesar in this sneak peek at one of NECA’s apes action figures.

NECA has been sharing some great behind the scenes photos of their classic Planet of the Apes line recently on Twitter, but now we get a teaser of the modern POTA toy line, with a quick video look at Caesar.

Below you can see the reveal video, which depicts the hero of the new Apes franchise in his awesome war paint from this summer’s Dawn of the Planet of the Apes.  From what we can see here, the figure looks totally up to snuff with the detail and articulation that has made NECA a major presence in the toy industry.

The video also announces the release date of the figures, June 2014, which will coincide nicely with the movie.  I’m very excited for both iterations of the POTA line, and I think doubling down to deliver both classic and modern Apes figures is the coolest, geekiest way to go with the property.  We should see lots more Apes at Toy Fair in just a few weeks!