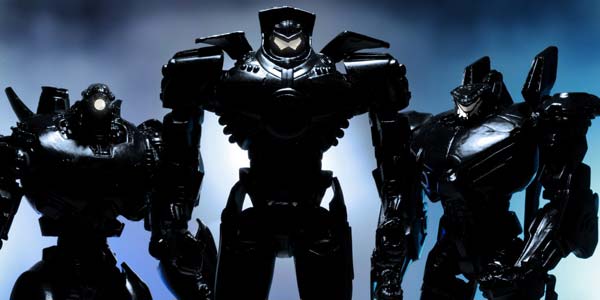 Not at all what I was expecting… Still kinda cool, though.

NECA has been dropping hints about a Pacific Rim 3-pack coming to San Diego Comic Con, which left me guessing what could be in it.  Now we have an answer, and I was WAY, WAY off.  Instead of some unreleased figures or even any Kaiju at all, we’re going to see a Jaeger 3-pack, featuring Gypsy Danger, Striker Eureka and Crimson Typhoon in the glossy black silhouettes featured in the movie’s end credits.

The set looks really nice, and each figure’s highly stylized color design is striking… and will look even better with the glow-in-the-dark visors gleaming.  The set comes packed in a gorgeous Pan Pacific Defense Corps box, finishing off one slick looking exclusive.

I’ll admit, the notion of three Jaeger repaints was a little underwhelming at first, but the more I think about it, this is the perfect Con exclusive.  It’s cool looking, fun and entirely non-essential to the Pacific Rim collection at large.  I’m much happier with that sort of exclusive than a unique character being offered, and by extension denied, to many collectors not in attendance at the show.

So I’m cool with it, and as obscure as an “end credits” themed pack may be, it’s an expectedly clever idea from NECA.  Pac Rim geek that I am, I’ll most definitely be picking this box up, and it’s one of the first highlights I’m really looking forward to in a fairly lame (so far) Con exclusive year.

Here’s some more images of the 3-pack, as well as some details from NECA:

This special edition 3-pack is a deluxe recreation of the end credits for the hit film Pacific Rim! It contains black-colored, high-gloss-finish action figures of Gipsy Danger, Crimson Typhoon, and Striker Eureka, packaged and positioned in the same formation seen in the credits. The 7″ Jaegers also have glow-in-the-dark paint effects on their “visors” (or conn-pod windows).

The background insert and printing on the acetate window utilize the same graphics created by Imaginary Forces in rendering this scene for the film. The window box is covered with a protective slipcover featuring an embossed foil-printed insignia of the Pan Pacific Defense Corps. 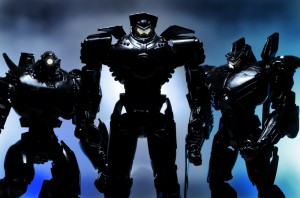 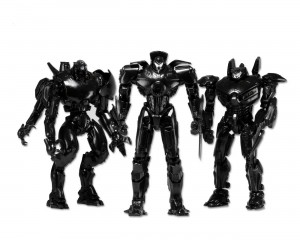 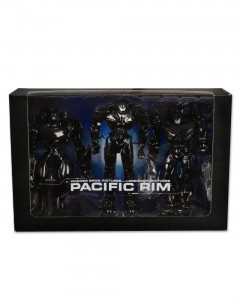 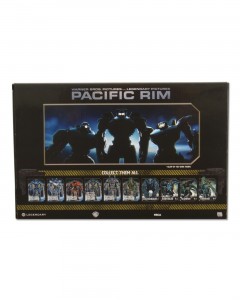 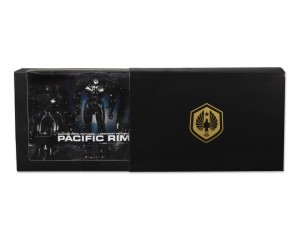 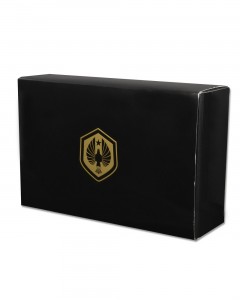 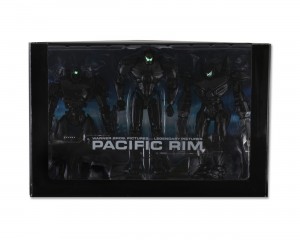