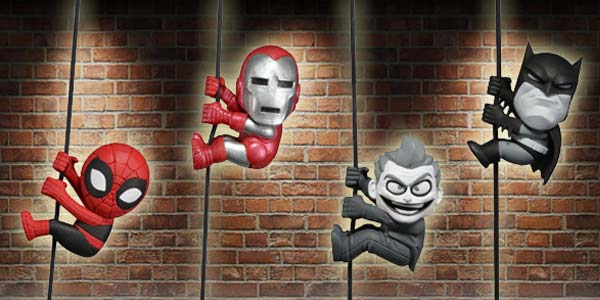 As collectibles become cooler and more diverse– and their source material more mainstream– I’ve noticed it’s much more acceptable to add some figures in to any environment… especially work.  Whereas before I’d be too afraid of being laughed at by my co-workers, I now get lots of compliments on my Kre-O Enterprise or my Captain America Minimates.

NECA’s Scalers are another example of a cool, workplace-friendly collectible, as these mini figures clip onto any cords as if climbing them Adam West-style.  And now NECA is bringing a few neat variant edition Scalers to SDCC this summer, as their third exclusive.

In sticking with the show’s roots, the exclusive two-packs are both super hero themed, with a black and white deco Batman and Joker two pack, and a Marvel set featuring Silver Centurion Iron Man and an Alex Ross style Spider-Man.  At only $10 per set, these will be one of the best deals at the Con; they’re cute and cool and these special decos will only be available at the show.

Me, I’m still holding out hope for a variant Alien with an exploded head 🙂

Here’s some images and info from NECA about their newest 2014 SDCC exclusive:

The DC Comics SDCC Scalers 2-Pack includes black and white versions of the comic series Batman and his arch-nemesis, the Joker. These collectible, 2″ mini figures grip headphone cords, cables and more, and feature an amazing level of detail!
Details

Price will be $10 per pack at the booth. 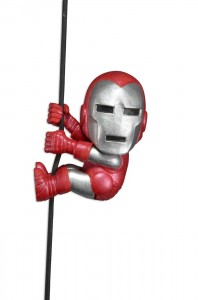 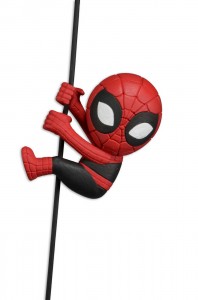 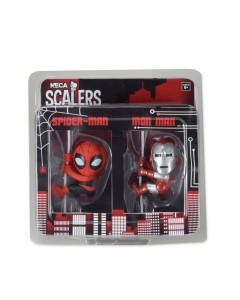 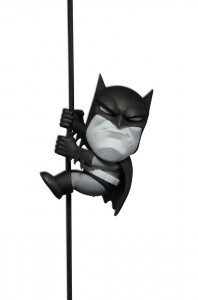 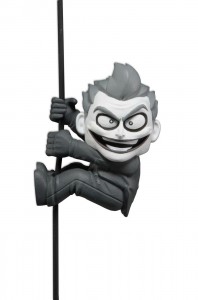 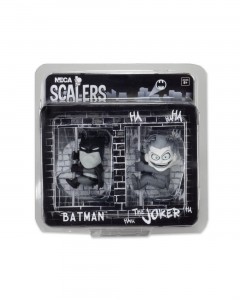