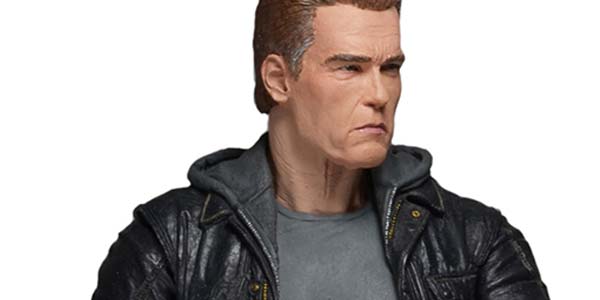 Feast your eyes on the Grand Torino-minator.

Sorry, that was an awful way to start this post.  Almost as awful as those notoriously bad first images revealed for Terminator Genisys a few months back.  But I digress.

The real reason we’re here isn’t to talk about whether or not the latest Terminator movie will be good or bad, it’s to see the new action figures revealed by NECA.  Wave One will include the so-called Guardian Terminator, our familiar T-800 played by Arnold Schwarzenegger, whose organic materials have aged considerably by the time we meet him.

Also in this lineup is a new T-1000, played by Byung-hun Lee (Storm Shadow!)… who for reasons I can only assume will be an eye roll-worthy callback to T2, is also dressed like an LAPD cop.  I’m trying real hard to not pre-judge this movie, but I can’t envision many ways that a second T-1000 impersonating a police officer won’t feel like a tired retread.

A few things to note– the final T-1000 sculpt will feature a fully articulated lower body; the prototype NECA revealed simply borrowed the static Robert Patrick figure’s legs for this photo.  And there was no mention of the T-800 exoskeleton previously listed in this wave.  I doubt that means he’s cancelled… either he’ll be released in a later assortment, or he’s still part of Wave One and NECA simply hasn’t revealed him yet.

I do have to admit, while I am struggling to maintain much confidence in this movie, NECA’s figures look as great as expected.  The detail on the Guardian’s leather jacket and boots is fantastic, and it’s nice to see NECA’s modern portrait of Arnold– until now we’ve only seen them tackle Schwarzenegger in his earlier years.  I’m torn as to whether or not I’ll go in for these guys, or just stick to the highly promising Ultimate T2 collection, but I can’t deny the awesome potential of owning an Old Man Arnold figure.  It brings me one step closer to realizing an Escape Plan custom toy line, and that cannot be considered anything but good. 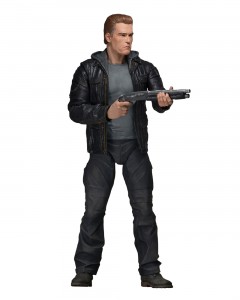 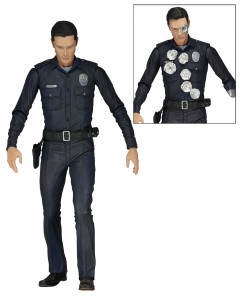 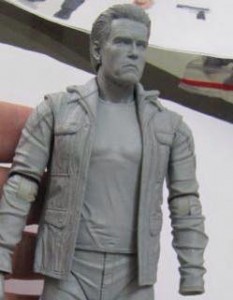