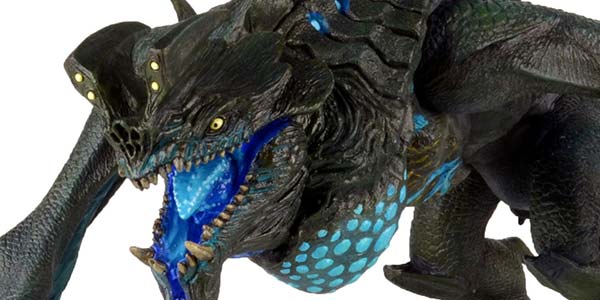 This is the figure all the Kaiju kids have been clamoring for!

Pacific Rim was a movie filled with awesome creature designs, but one that really struck a chord was Otachi, the acid-spitting, flying, baby-spawning beast which took on Gipsy Danger in one of the movie’s most show-stopping battle sequences.  Otachi was a great monster, filled with loads of surprising and cool new powers which only made her more menacing, whether she was destroying downtown Hong Kong or menacing poor Charlie Day.

I honestly didn’t know if NECA would be able to pull off a figure of this Kaiju– she’s among the most unique creature designs in the film, and not too many of these parts can be re-worked into another Kaiju down the line, but kudos to NECA for just going for it anyway.  And the result is a monstrous toy truly worthy of this Kaiju’s already legendary cinematic status!

NECA’s Otachi will be a high end deluxe figure in the ongoing Pacific Rim line– think ED-209 or the Spider Gremlin– but dammit, she’ll be worth the higher price tag.  The detail and screen accuracy and scale are all on point, and the Otachi toy will even manage to work in some cool special features like a removable tongue, which can swap out with a stream of acid spit.  I love the silhouette, I love the bulk, and I love how respectful NECA was to this great creature design.

As a high priced, fully unique tool figure, NECA is kind of taking a risk with this Otachi.  I’m hoping it pays off as well as the rest of the surprise hit Pacific Rim collection has, because we’re inching ever closer to collecting the entire range of on-screen Kaiju, and that’s nothing but great news.

Here’s some more from NECA on the deluxe edition deluxe Otachi, stomping into select stores next January:

From the epic Pacific Rim movie! Our newest boxed, ultra-deluxe kaiju action figure is the hotly anticipated, fan-demanded Otachi. One of the most deadly Category IV kaiju, Otachi is capable of flight, and can spit an acid corrosive enough to melt everything from office buildings to the armor of a Jaeger!

This massive, extra-detailed figure measures nearly 18″ long and almost 7″ tall, and is to scale with our Jaeger action figures. It features over 30 points of articulation, including a fully articulated tail, plus an interchangeable tongue that can be removed to equip a sculpted “acid spitting” effect.
***ITEM LIMITED TO ONE PRODUCTION RUN**** 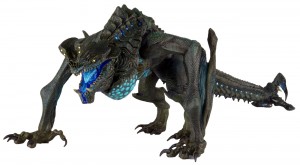 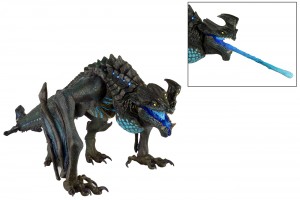