NECA Shows Off Their Planet of the Apes Classics 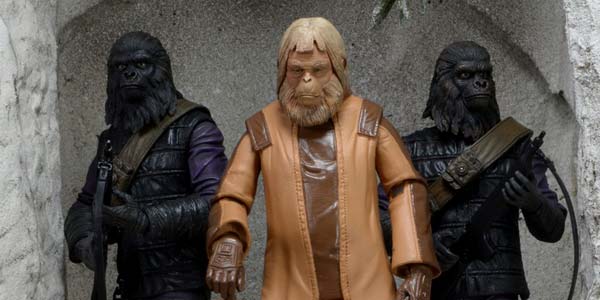 There aren’t many toys on the horizon that I’m quite as stoked for as NECA’s Planet of the Apes.  While my passion for the franchise has stayed strong thanks to the surprisingly good reboot and this year’s promising Dawn of the Planet of the Apes, it’s the classic movies that I’ve watched again and again.

It’s funny, because I get a totally different reaction each time I revisit the first movie.  Seriously– when I first saw it, I had nightmares of the blighted and destroyed Statue of Liberty and the lobotomized astronauts for weeks.  As I get progressively older, I keep siding more and more with the apes.

Which I guess is why I’m totally fine with NECA’s ape-centric focus in the new toy line, the first series of whom were the subject of this week’s “Monkey Monday” photo session.

NECA’s brand manager Randy Falk has said they set out to make the Apes toys he always dreamed of as a kid, and based on these production shots, I think they nailed it.  All three of the debut figures– Dr. Zaius, Cornelius and a Gorilla Soldier– look fantastic, with highly detailed sculpts, loads of useful articulation and even some modular accessories for the soldiers to customize your ape troops.

Between the 7″ scale of these figures and the old school character designs and costuming, these guys are making me nostalgic for my old Mego Apes… even if the modern detail and design work from NECA puts those 70s figures to shame by comparison.

Here’s more photos of the first Planet of the Apes assortment, which should hit retail some time this summer: 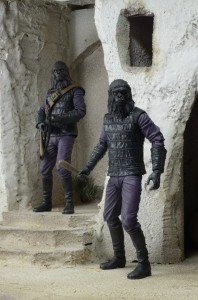 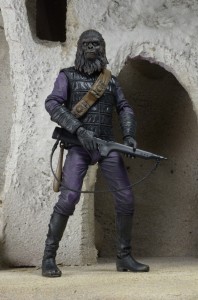 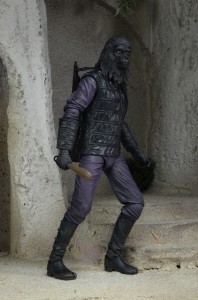 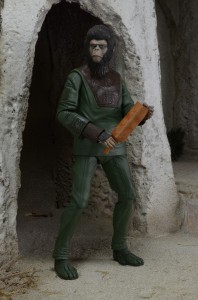 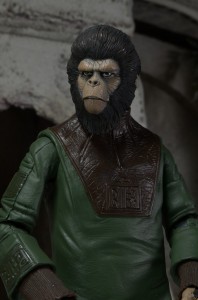 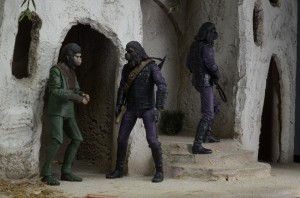 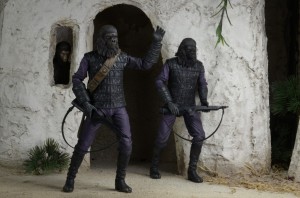 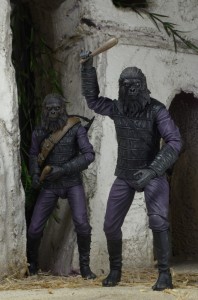 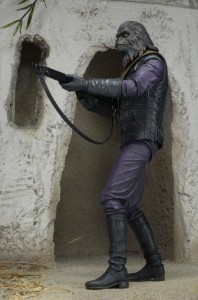 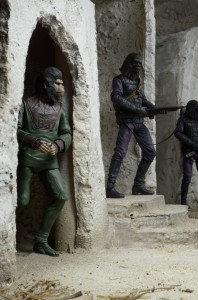 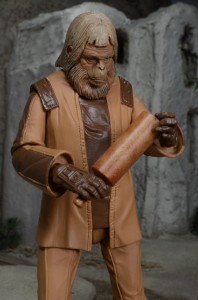 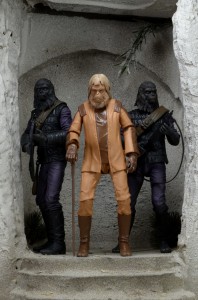 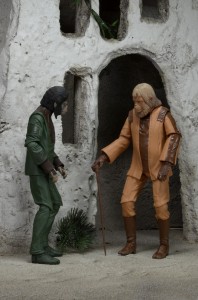