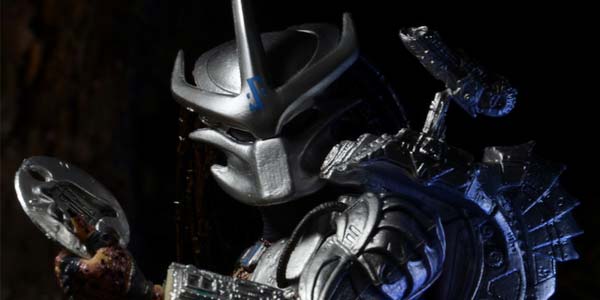 The Bad Blood Predator’s nemesis is about to join the hunt, and NECA offers a closer look!

Bad Blood, the Dark Horse Predator comic, features two hunters… the eponymous Bad Blood and his enemy the Enforcer.  And now NECA has created toy versions of both figures.  Bad Blood, the first deluxe Predator figure, is coming later this month,and Enforcer is hot on his heels, as part of Series 12 along with a new version of the Elder Predator from Predator 2 and a new creation, the Viper Predator.

I love the look of the Enforcer’s armor, especially the Shredder-esque helmet and mask,  The sleek, silver armor offsets well against the more naturalistic, barbaric Bad Blood, and I can’t wait to add both these figures to my Predator clan as soon as possible.

Here’s more info on the upcoming Enforcer Predator from NECA. Look for him to hit stores this September:

This is Enforcer Predator’s action figure debut — check out the images below to see him in action, on the hunt for Bad Bloods wherever they may be!

Enforcer Predator makes his action figure debut and is based on the series by Evan Dorkin and Derek Thompson. Figure stands approximately 8″ tall, features over 25 points of articulation and comes with character-specific accessories. 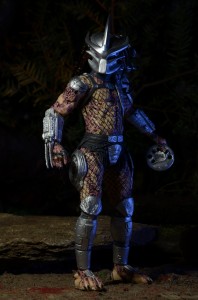 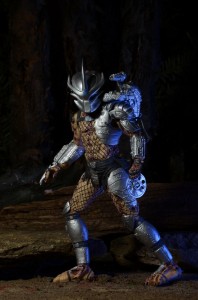 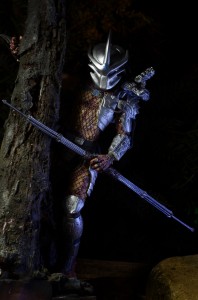 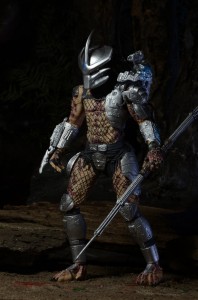 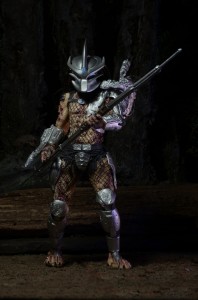 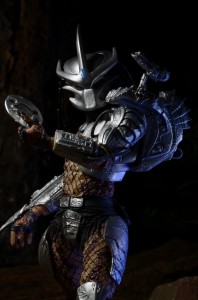 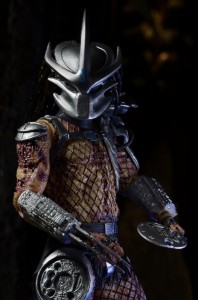 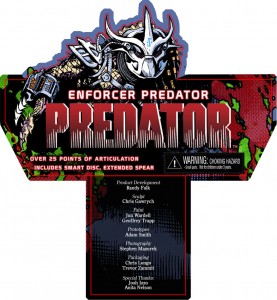 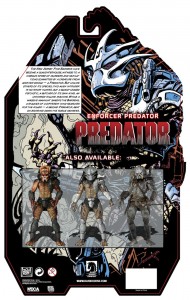 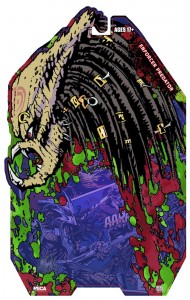