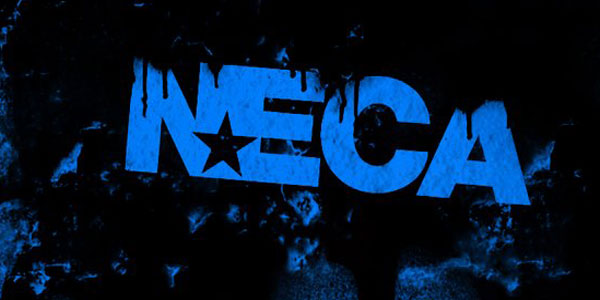 Once again, NECA will be heading out to San Diego for Comic Con next month, and they’re bringing some predictably great Con exclusives with them. Let’s take a look at the SDCC items NECA is offering at this year’s show…

The latest Ezio figure in the ongoing Assassin’s Creed series portrays our hero in translucent blue, displaying his status as an ally when viewed in Eagle Vision. Assassin’s Creed is a pretty great series, with a strong sense of design so we already know Ezio looks great… and on top of that this version is clear blue, which is probably the best color and opacity for an exclusive.

The elite of the elite in the Horde army, the Theron Elite (AKA Onyx Theron) is one of the most deadly and imposing enemies the COG soldiers face off against. He’s captured perfectly in plastic, with an insane attention to detail on his armor and a fierce headsculpt. What better exclusive than the rarest enemy in the game?

This black and white take on the king of all slashers captures his look from the fateful scene in The Dream Child when comic book geek Mark falls victim to Freddy’s razored glove… after the master of nightmares turns his victim from a superhero into a piece of paper!

Hero From The Sky Ash

“Hero From the Sky” Ash captures the wayward hero’s look from the end of Evil dead 2, as the haggard and bloodied hero is transported far away in a scene that would bridge the gap to Army of Darkness.

With an exclusive sepia paint job and another fantastic portrait of Bruce Campbell, this figure will likely be your first chance to check out this “Hero Ash” body… complete with chainsaw hand, chest straps and sawed off shotgun!

Click Here for more on Hero From The Sky Ash. 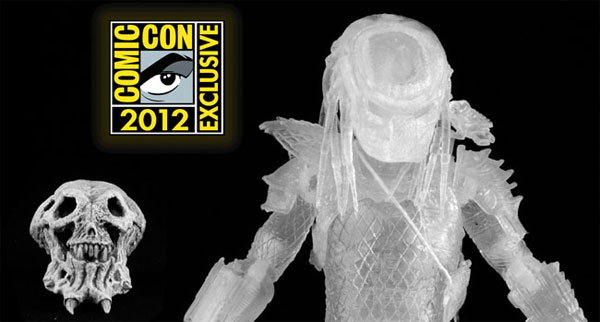 I can’t think of a better variant for a Predator than a clear figure presenting the alien hunters in their cloaked status. The City Hunter from Predator 2 will join past cloaked variants from movies such as Predators and AVP: Requiem, but he’s a vast improvement because A.) Predator 2 is a way cooler movie, and B.) he’s packing that sick alien skull with him.

Click Here for more on the Cloaked City Hunter Predator. 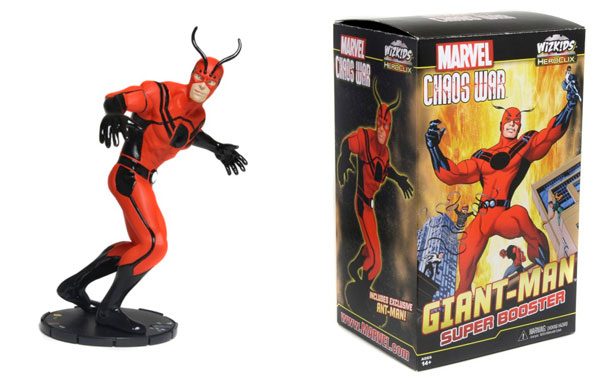 It’s the year of The Avengers, so it should be no surprise that we’re bound to see lots of goodies this year based on Earth’s Mightiest Heroes. Back in 2002, Heroclix was kicking off, and one of the first figures was another Con exclusive version of the good Dr. Pym… now ten years later it makes perfect sense to bookend that figure with an all-new Giant Man version of the classic Avenger.

Click Here for more on the Giant Man Heroclix.

Overall, NECA’s got some awesome offerings for this year’s Con. I’ll surely be picking some of these up at the show, but I’m glad to see they are following suit with many other companies and only offering non-essential exclusives at the costly Convention. There’s no feeling worse than missing out on going to a Convention, AND the exclusives you really want from the show.  NECA did a great job of keeping these Con items apart from their more “mass appeal” exclusives, making sure Gremlins and Robocop fans can track down the Lightning Gremlin and the Night Fighter Robocop at Toys R Us, as opposed to flying across the country for them.

It’s a good move, and I’d expect no less from a company as cool as NECA.