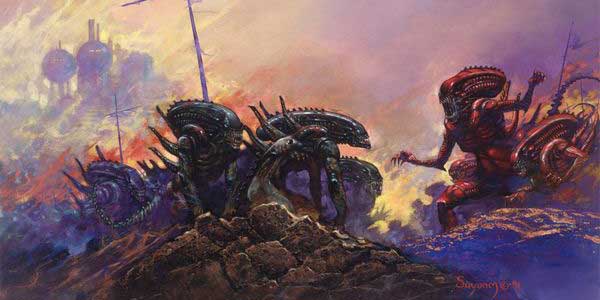 The latest reveal in NECA’s anxiously anticipated Aliens series is a set of comic-style creatures from the pages of Dark Horse’s “Genocide.”

NECA has revealed a new two-pack of Aliens figures coming to their new line, but you won’t find these beasts in any of the films… this two-pack features a pair of Xenomorphs from Alien: Genocide, the comic series by Dark Horse.  The red and black aliens should make for a sweet army-building two-pack, and mark the first addition to this line based on the comics.  Back at Toy fair, NECA did mention they own the expanded Aliens rights, including all the films, comics, and even the recent Colonial Marines video game, so it’s apparently all fair game for this toy line (except Ripley, as Sigourney Weaver still refuses to sign off on likeness rights).

The Genocide two-pack will be released alongside the previously announced Marines vs. Aliens packs, each of which includes a helmeted variants of Hicks and Hudson, with all new weapons and a battle damaged Alien to fight.

These three two-packs will hit alongside a second series of single carded figures and an Alien Queen deluxe set, making the toy line at least 13 figures deep by the end of the year.  I will undoubtedly buy every one of them. 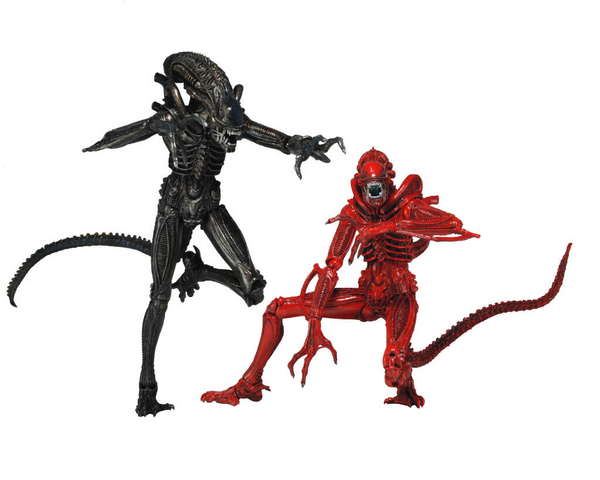