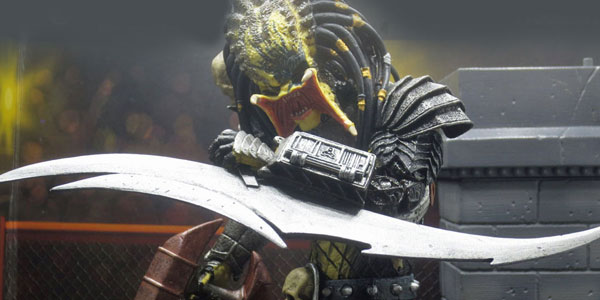 This Predator has got game.

A veteran predator of unimaginable battlefields was exiled to a barren, hostile world for not only failing his hunt, but for leaving his technology for humans to find and dissect. After losing many hunting packs to the newly equipped humans (including that of the widely feared “Stone Heart”) the Dark Blade elders plucked the veteran from exile for a chance at redemption, returning him to the hunt with the tools of an unblooded youngster to correct what he set in motion.

Here’s the deal– I’ve never played Predator: Concrete Jungle.  The 2005 multi-platform game certainly has a badass premise (see above), but the first time I really paid attention to this offshoot of the Predator universe was when NECA debuted their Scarface action figure. And yes, this figure presents a near perfect toy rendition of the star of that video game, but he also makes for a visually compelling and unique addition to NECA’s overall Predator action figure collection.

Scarface is a deluxe boxed figure, and it’s easy to see why NECA chose this route to deliver the best figure possible.  Reusing the AvP base body, the Concrete Jungle Predator is both massive and incredibly well articulated.  On top of this buck, Scarface features entirely original armor (with excellent sculpted detail in his chainmail, battle-worn armor plates, and human skull ornaments), a pair of excellent new headsculpts, and some brutal and menacing new weaponry. 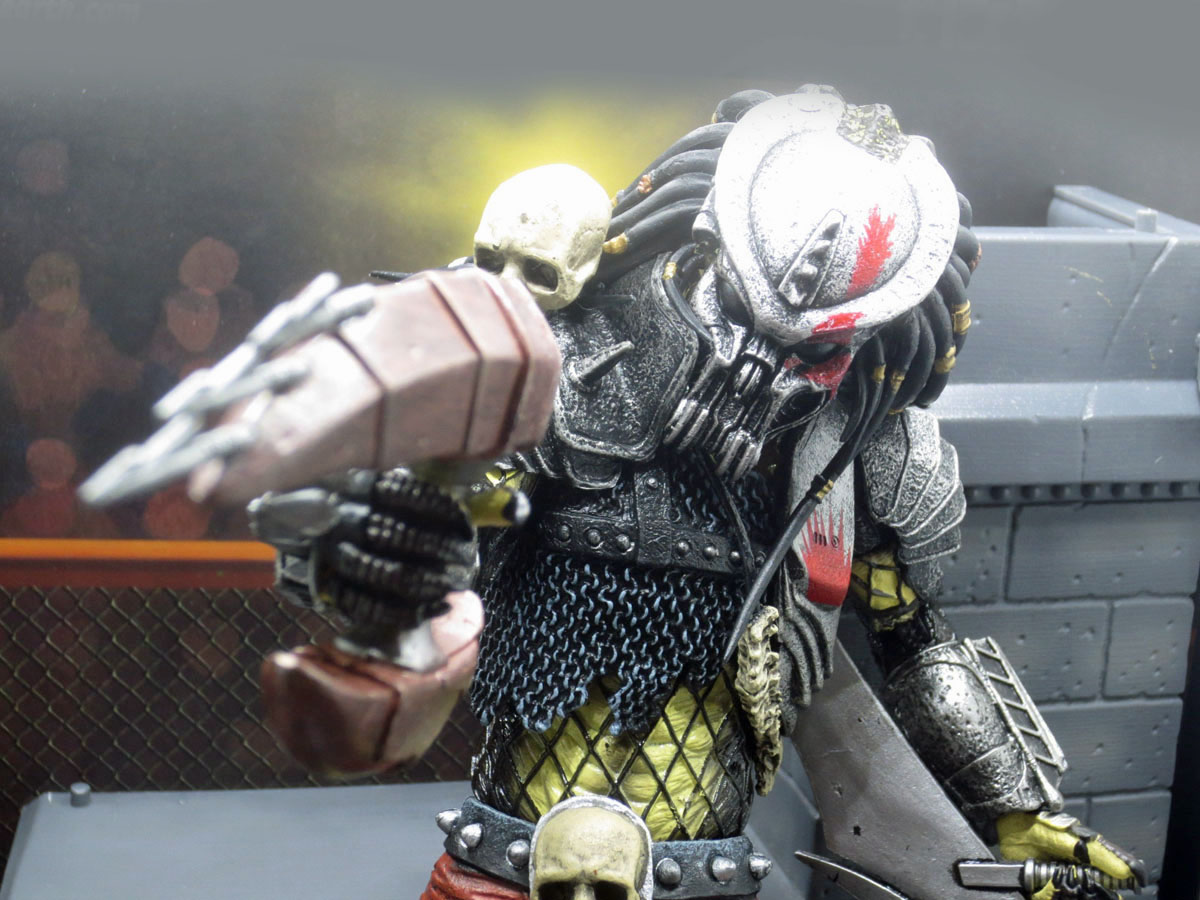 This Predator packs a bigger arsenal than most of his Yatuja brethren, including a double barreled hand cannon, wrist blades, a plasma caster, and a wicked 6″ curved blade which he can wield with either hand. The figure also includes two alternate heads, one sculpted after Scarface’s unique mask, and another depicting the hunter unmasked, complete with his missing left eye and the damage inflicted to the side of his face.

I love that NECA is covering all corners of the Predator franchise for their ongoing toy line.  The diversity of sources from which they’re drawing inspiration is a big part of what has made this line the success it is, and Scarface– while not the first Predator inspired by a video game– is the first 100% original game-inspired addition to the over arching line… and one of the most unique by far.

NECA’s Concrete Jungle Predator is available now from Toys R Us, specialty retailers everywhere, and via the NECA eBay store. 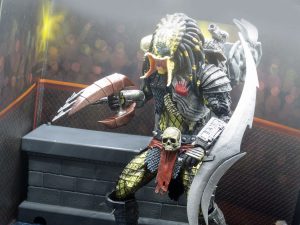 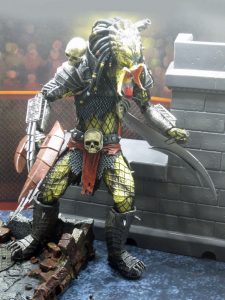 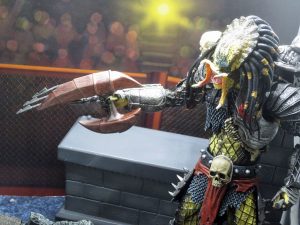 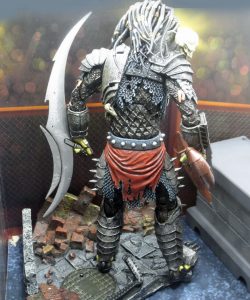 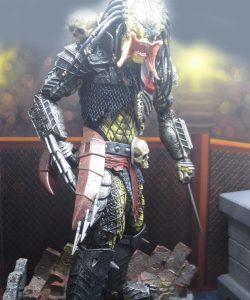 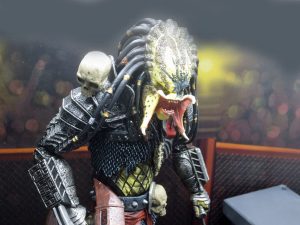 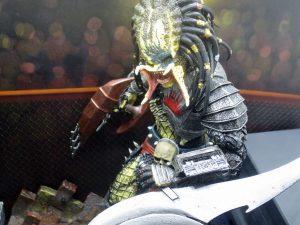 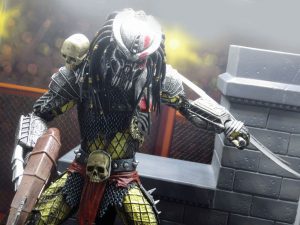 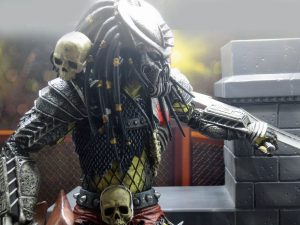 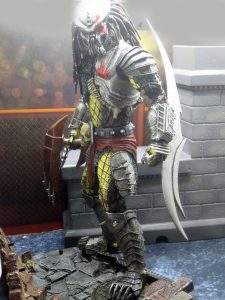 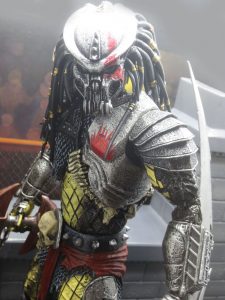 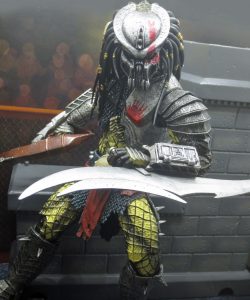 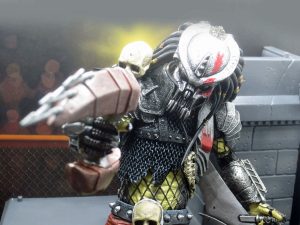 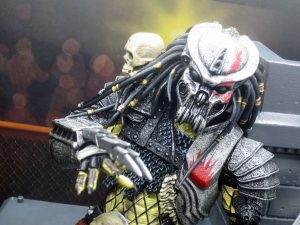 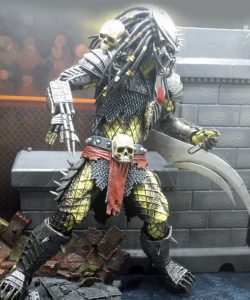 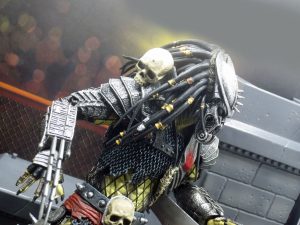 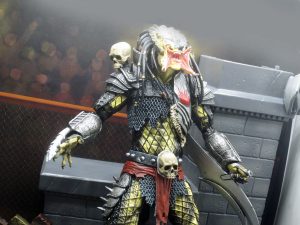 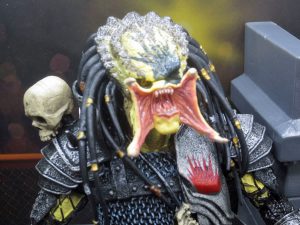 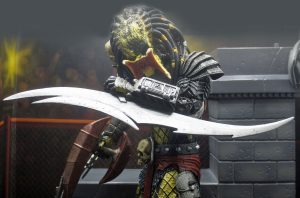 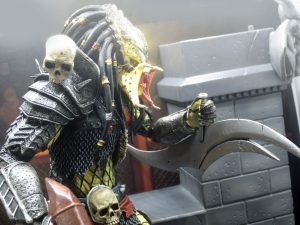 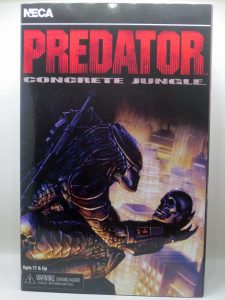 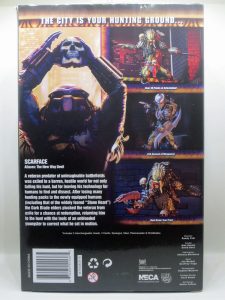 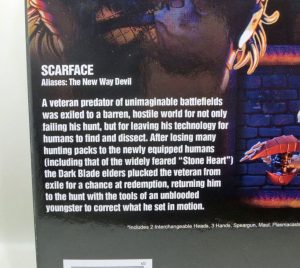 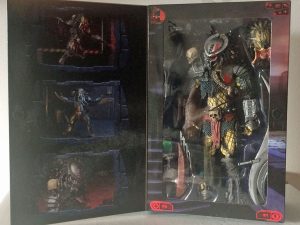