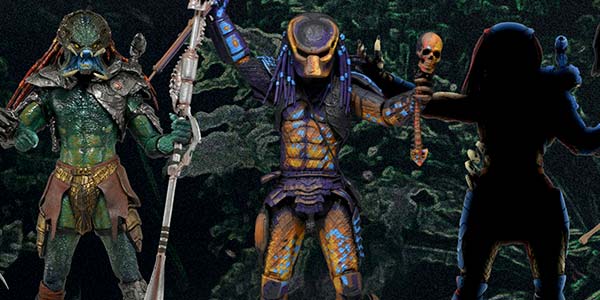 Two new hunters are coming to NECA’s tribe in 2015.

On Christmas Day last week, NECA revealed two new collection posters– one for Pacific Rim and the other for Predators, showing off every figure to date… plus two new reveals coming in 2014!

The new figures will presumably hit before the Aliens vs Predator themed Series 14,and will most likely both be one-offs.  We’re getting a video game inspired City Hunter from the Predator 2 video game, and he looks great, with his cool blue highlights offsetting his more organic colors in a very striking way.  He comes packing his spear and a human skull and spine, which are just about the perfect accessories for this guy.  I have the movie version of this figure, and I have to say he is one of my favorites, and I’m very glad to see him getting re-released for anybody who missed out on him before.

The other figure is a total surprise… a 25th Anniversary Dark Horse comics figure.  While we don’t know exactly what he looks like (he’s shrouded in shadows in the poster), his silhouette looks an awful lot like this cover image of the first, ever DarkHorse Predator comic: 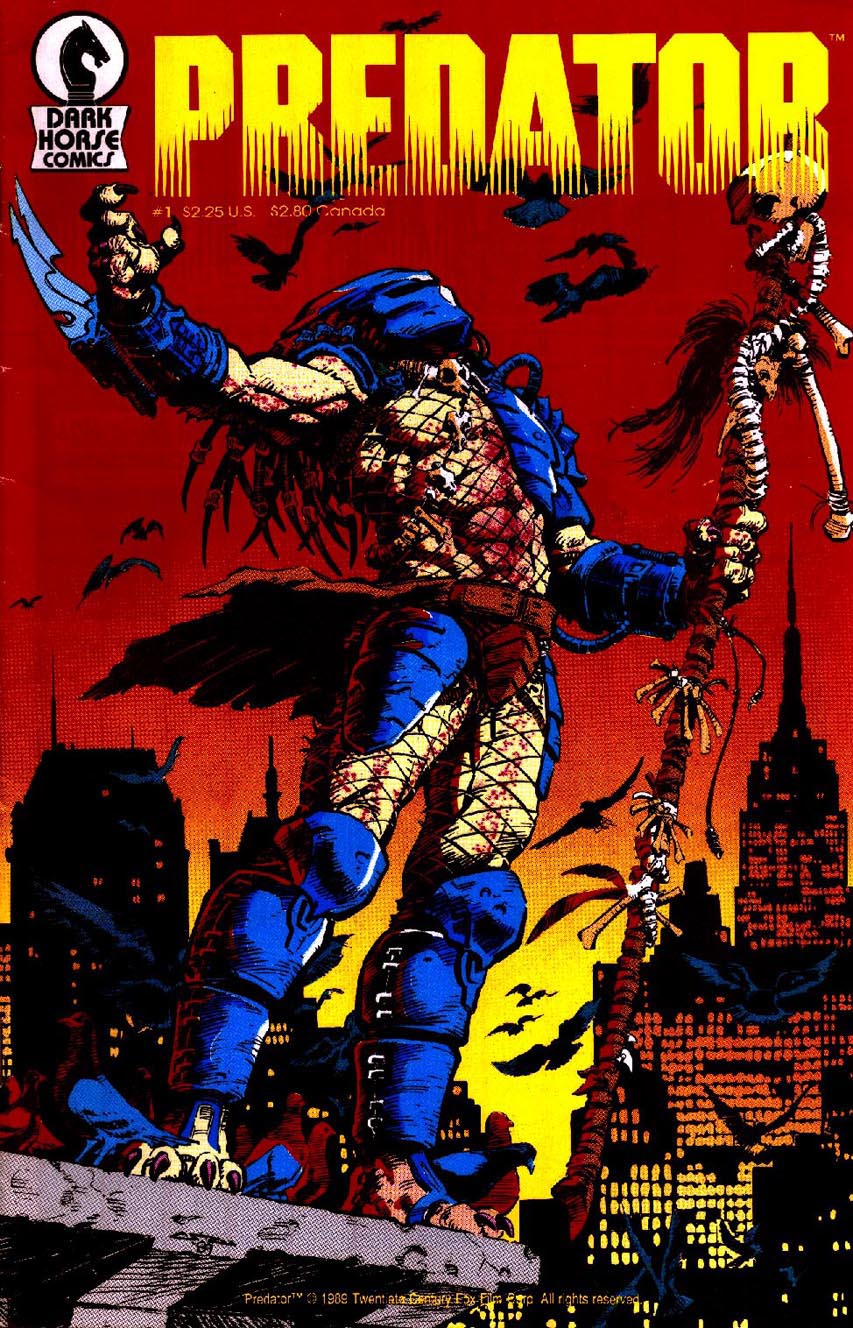 As somebody who truly loathes the awful AVP movies, even the promise of improved articulation and ab crunches hasn’t been enough to get me excited about NECA’s Predator plans in 2015, so these new additions are a welcome change of pace, proving that we’ll see at least a few awesome new Predator figures on the horizon.

Check out the posters below, and click to make them bigger! 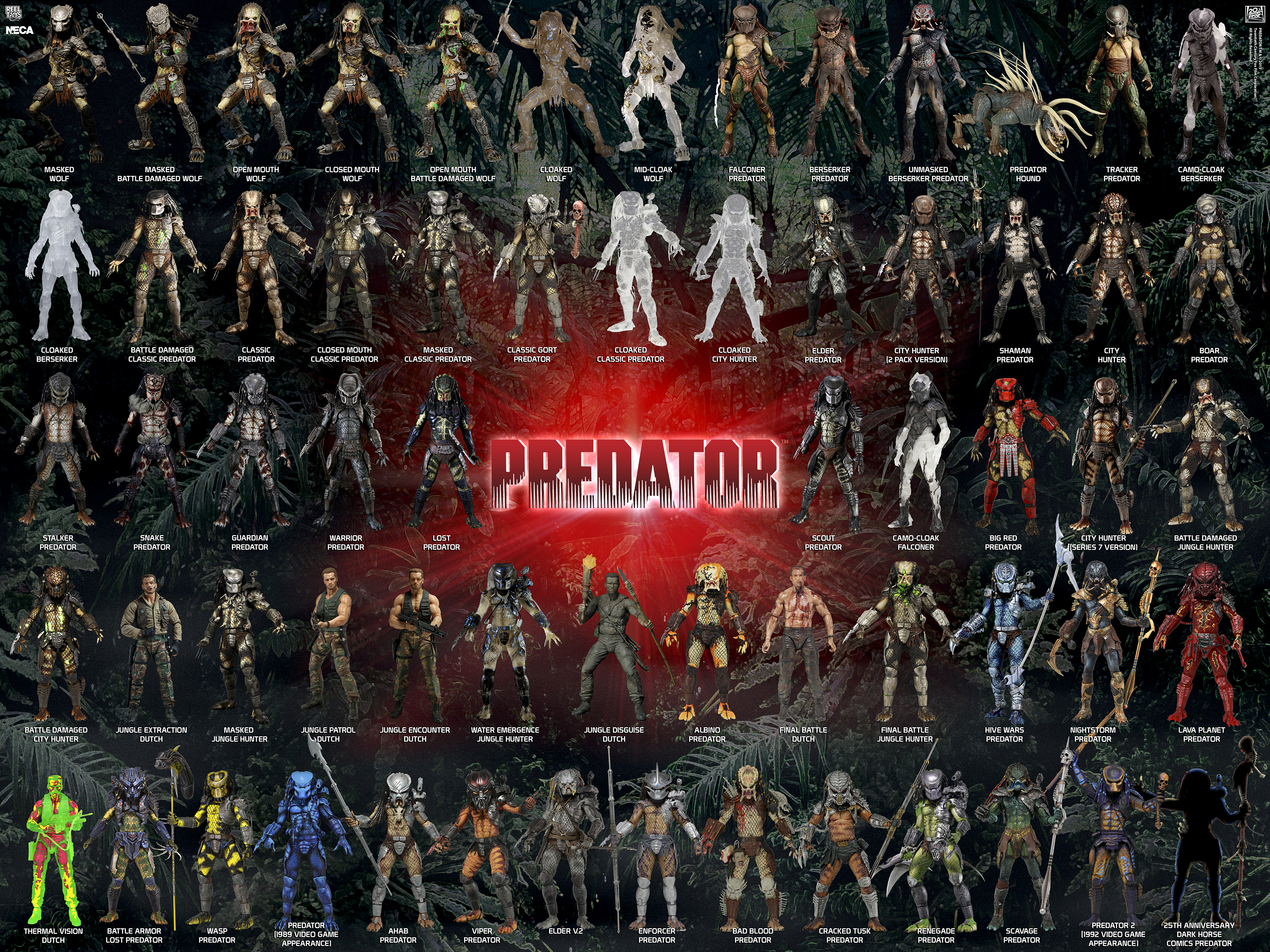 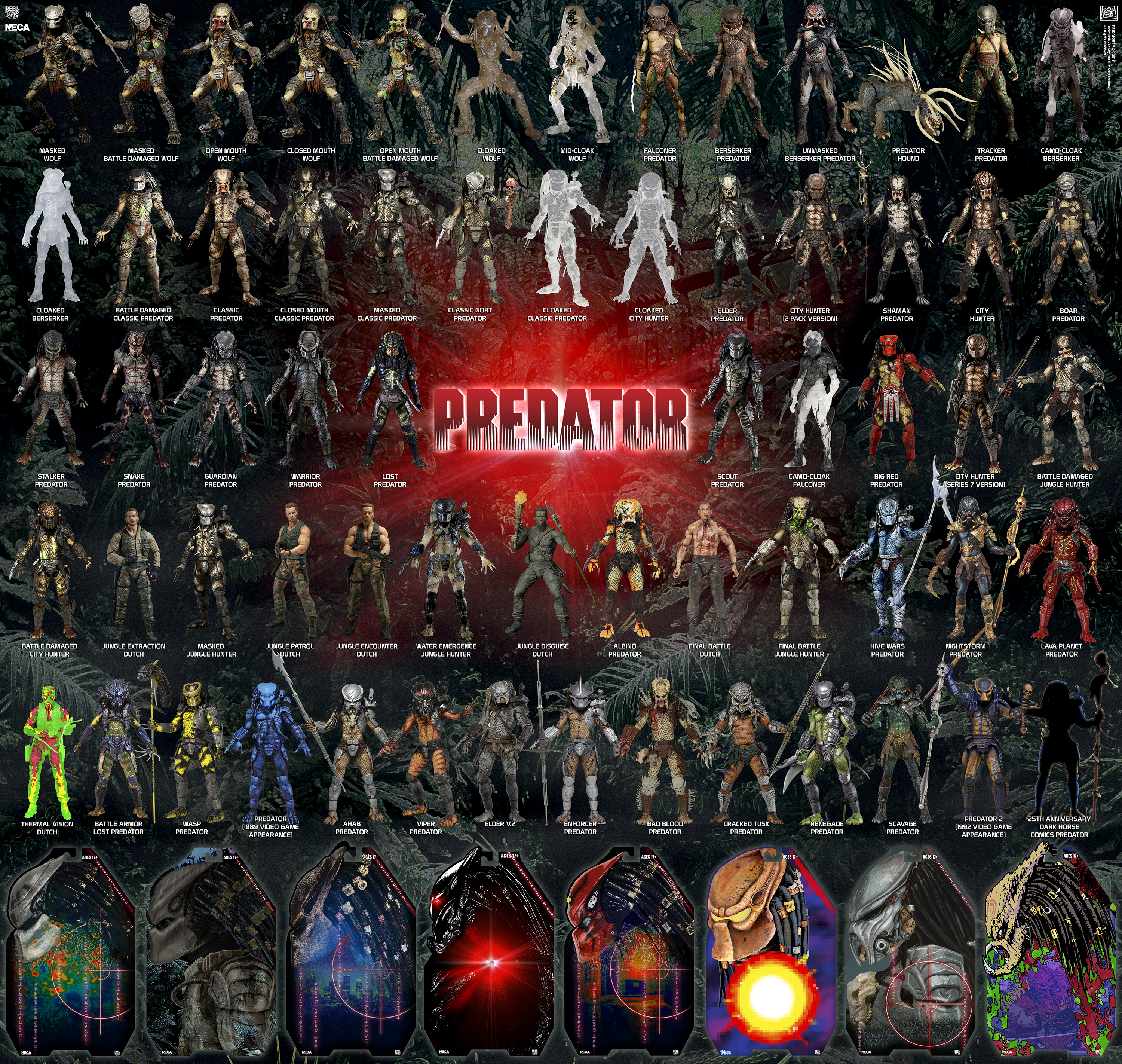