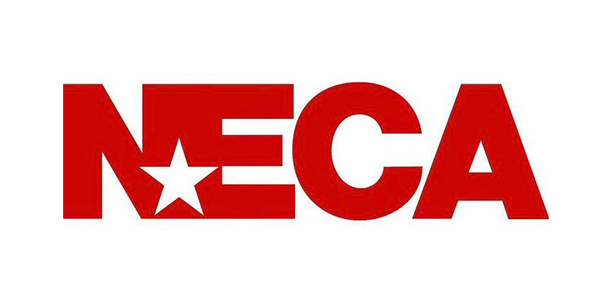 This is huge news!

Ever since the collapse of Toys R Us, many NECA collectors (myself included) have been curious what the future would look like for the company. Yes, their merchandise is stocked at some comic and specialty shops, as well as FYE and more recently Gamestop, but TRU had been the main brick and mortar retail destination for NECA over the past few years.

Now, we have an answer. As San Diego Comic Con first kicked off, NECA announced via Instagram that they’ve entered a partnership with Target, and as of August each store in the nationwide chain will have a dedicated NECA section.

This is so unbelievably awesome, and a big win for not only NECA and Target– who are taking another step in cementing themselves as the number one mass retail source for toy collectors– but also all of us. I know your mileage may vary depending on location, but Target stores are pretty prevalent throughout the country, and while we’ve seen the occasional stumble (the still-elusive Vandor Chewbacca comes to mind), overall Target has been pretty good and making sure similar boutique displays are consistently full, such as their Funko and Stranger Things sections.

And there’s so many Target stores! Seriously, the volume of stores dwarfs TRU, so I can’t help but think this is a windfall for NECA.

I’m very eager to see exactly what products Target will carry… there’s some obvious choices, like the God of War and Crash Bandicoot toys. I wouldn’t be surprised to see Coraline stuff make an appearance, too.  I think a bunch of the 8″ retro figures will show up there, especially since someone at Target is clearly fond for Mego dolls, considering the recent news of the Mego revival line coming to Target as well. But I’m most curious about the movie and horror toys which have been NECA’s most beloved. Imagine how cool it would be to see Kenner tribute Aliens, Predators, and Terminators back at a mass retail department store… just like they were in the 90s.

And of course, we’re likely to see some Target exclusive product, as well. That’s another layer of context I used while looking through photos of NECA’s outstanding showcase at Comic Con.

We’ll know more in early August, which suddenly feel WAY farther away. But in the meantime, this is cause for celebration, without a doubt. The death of Toys R Us caused huge waves throughout the toy industry, and it’s great to see that while the biggest companies in the industry like Hasbro continue to seem directionless and lost at sea, NECA has used this unfortunate turn of events as a way to reach even farther and spotlight themselves on their biggest stage yet. I’m very interested to see what happens next!