NECA & Toys R Us Team Up For Pacific Rim Exclusive 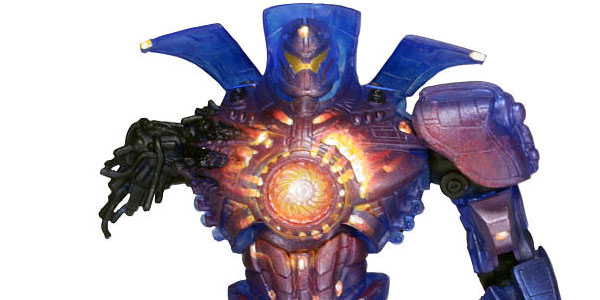 Gipsy Danger’s fateful trip to the Anteverse is captured in plastic with a new TRU exclusive release.

I’m not shy about expressing my love for NECA’s long-running Pacific Rim collection.  It’s one of my favorite mass retail toy lines, but even I have to admit we’re approaching variant fatigue of our main Jaeger, Gipsy Danger, who has now seen about half a dozen variants throughout the life of the line.  Thankfully, NECA is both savvy enough to be aware of the potential over-saturation of Gipsy, and clever enough to keep coming up with cost effective yet relevant new editions of the mech.

The latest, the Anteverse Gipsy Danger, accomplishes both these tasks perfectly.  As a Toys R Us exclusive, this Gipsy will run as its own SKU, so even if it sticks around on shelves for a while, it will not harm the overall performance of the Pacific Rim collection at retail.  Not that I think it even will, because this figure looks great.  Sharing the newest Battle Damaged sculpt, the one-armed Jaeger is cast in translucent blue plastic, with some amazing paint work going on under the surface.  The result is a beautiful and rich deco that embodies Gipsy’s reactor core as it approaches meltdown, making this figure a perfect representation of the cinematic moment.

Even the packaging on this figure is cool, with a translucent cardback that ties in with the standard Pacific Rim aesthetic while also establishing the fiery energies that made up much of the Anteverse’s landscape.  Toys R Us has opened preorders for this figure on their website, for an August release date.  As much as I’ve been telling myself I have enough Gipsy Dangers, this one is so inventive and damn cool looking that I’m going to have to make an exception.

Here’s the full description of the new exclusive, from Toys R Us:

NECA’s latest Pacific Rim action figure is literally out of this world! This 7″ scale Gipsy Danger features a special translucent blue body with iridescent paint to mimic the Jaeger’s appearance when it crosses over to the Anteverse, the alien universe that is the source of the Kaiju attacks. The limited edition packaging continues the visual theme, with translucent acetate inserts unique to this release. The figure has over 20 points of articulation and comes with chain-sword accessory and a removable attachment that recreates a blast from the nuclear reactor in its chest. Created from the actual digital files utilized by ILM in the creation of the film. 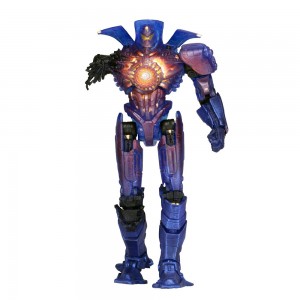 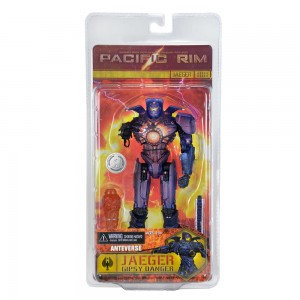 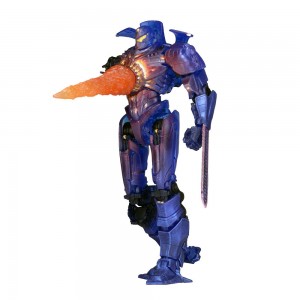