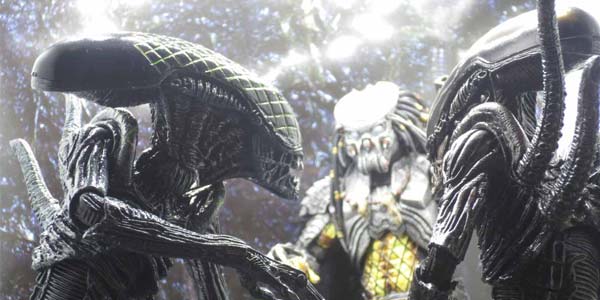 Once again, NECA manages to spin gold out of garbage, with another set of AvP action figures worlds better than the movie that inspired them.

To reiterate a thought I’ve probably shared before– there are few feelings more contradictory and conflicting than loving a great toy based on a truly terrible property.  Of all the toymakers out there, NECA probably tackle these sub-par franchises more often than anyone, whether intentionally or otherwise.  And despite the dubious, if not downright dismissible nature of the subject material, these actoin figures often wind up becoming a work of art in and of themselves, independent of the subject material which would only inhibit them.

This was the case with NECA’s latest Predators, based on the otherwise worthless Aliens vs Predator film, and now, the toymakers have released a pair of Alien toys to serve as the perfect– and perfectly executed– companion set to that toy line.  The AvP Aliens might be the best Xenomorphs we’ve seen yet from NECA’s Aliens toy line, with all new sculpts that manage to increase the range of the articulation while upping the attention to sculpted details.  These Aliens feature incredibly detailed all-new sculpts, and a new array of articulated joints which surpasses even the super-articulated Xenomorphs we’ve seen in past waves. 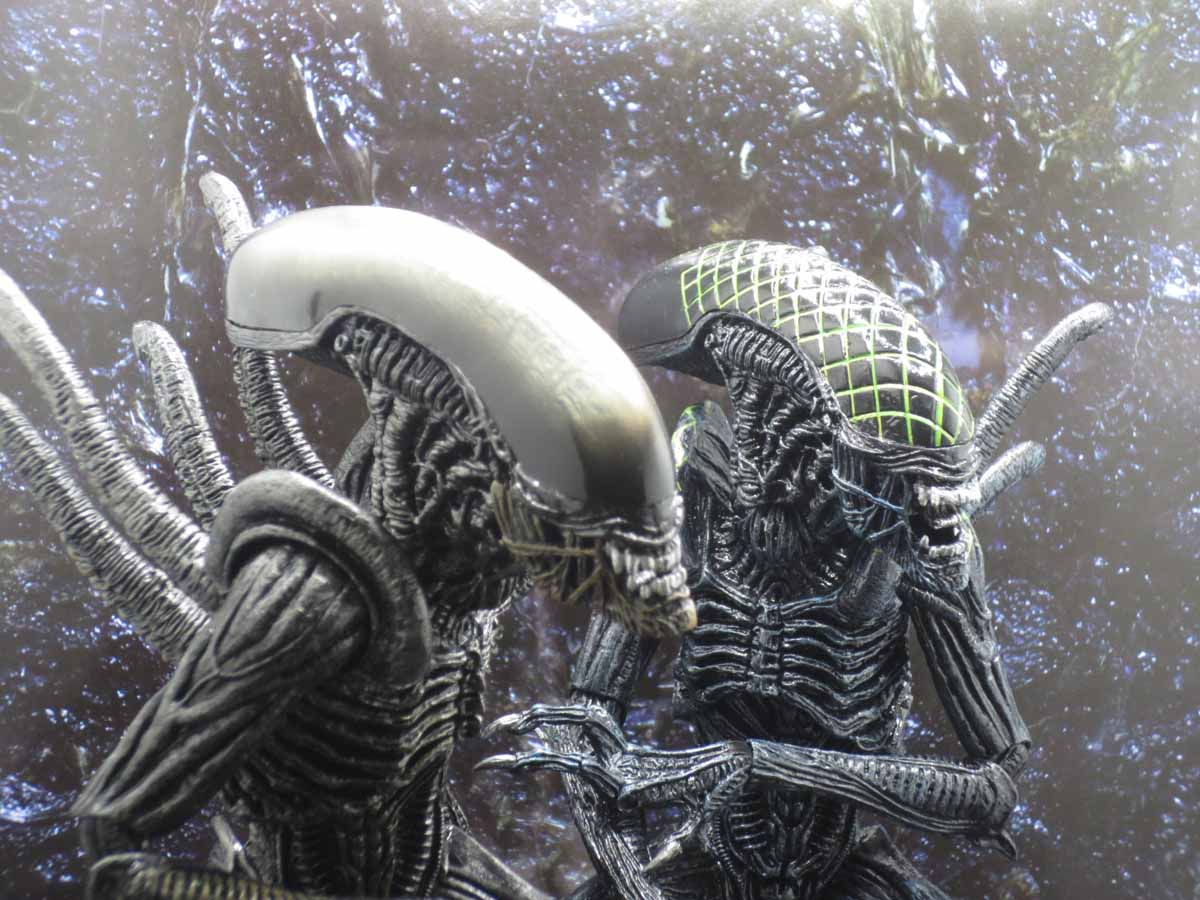 The AvP Aliens come in two versions– the standard Warrior and the Grid Alien.  While each shares the same base sculpt, the Grid Alien features a unique dome, shoulder and chest ridges, with the hatch-marked pattern that resulted from the creature encountering a grid fence head-on.  The result is a cross-hatched scar pattern, surfacing the Alien’s bright green blood, which offsets perfectly against the glossy blues and blacks of its exoskeleton.  The rest of this Xenomorph features the same high gloss finish that adds a realistic, insectoid texture to its body, while the bluish highlights of the paint apps distinguish this version from the standard, silvery Warrior.

Each Xenomorph features a hinged jaw with extendable inner mouth, as well as fully articulated bodies including hinged fingers and toes, and extra long tails with wire frames throughout, allowing for a great range of posing options based on the bend of the tail.  True to the film, these Aliens are slightly larger than previous figures, which allows them to measure up perfectly against the AvP Predators.  With the release of the Grid Alien, and the standard army-building Warrior, the core cast of creatures from the Versus movie have now been effectively represented in NECA’s toy line.  On the side of the Predators, NECA has applied the improved sculpted detail and articulation to offer new, upgraded variants of the Predators from the better films of the franchise… time will tell if we will see them apply similar upgrades to their future Aliens releases.

While we ponder this question, we can add the AvP Aliens– along with the incredible Prototype Big Chap figure– to the Aliens collection with Series 7, available now on NECA’s eBay store, ToysRUs.com, and other specialty retailers. 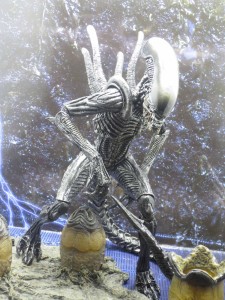 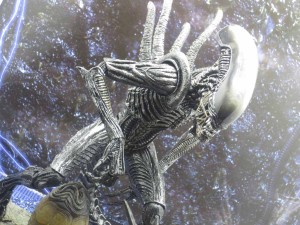 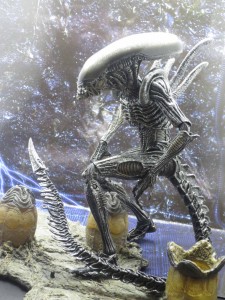 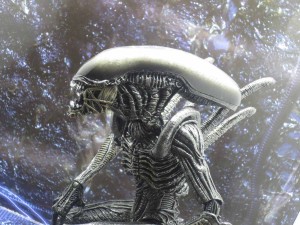 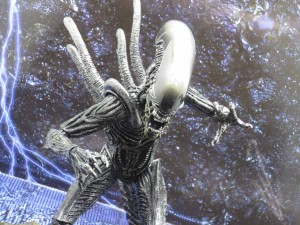 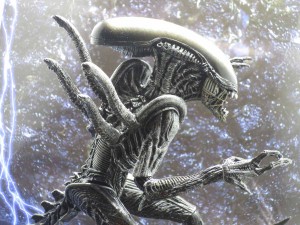 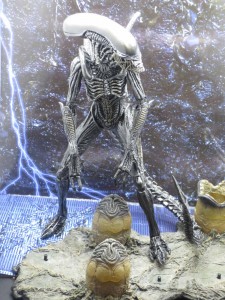 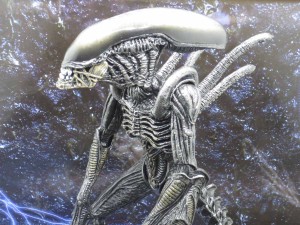 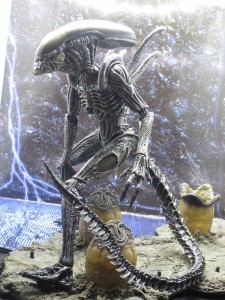 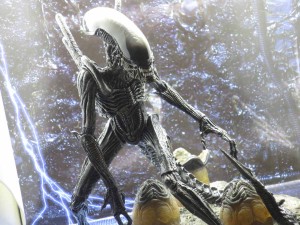 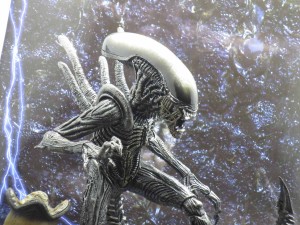 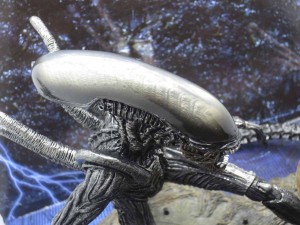 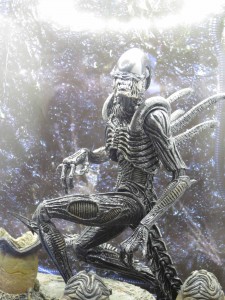 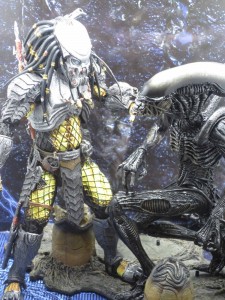 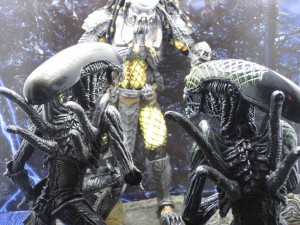 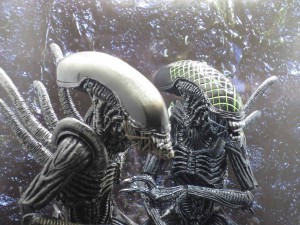 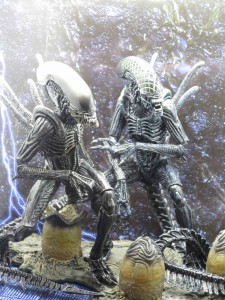 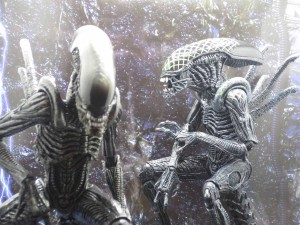 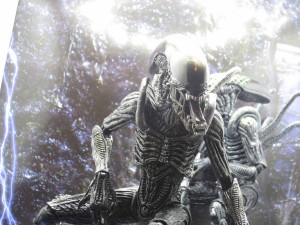 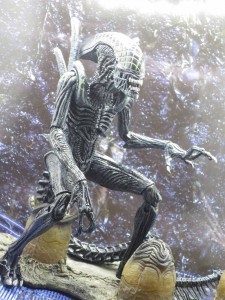 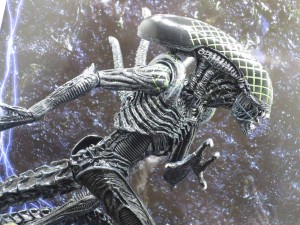 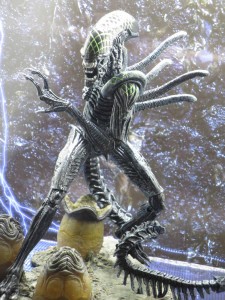 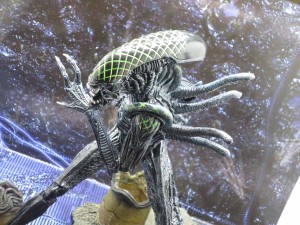 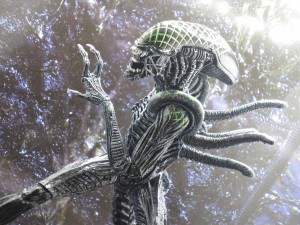 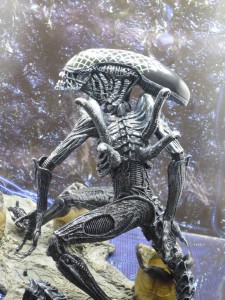 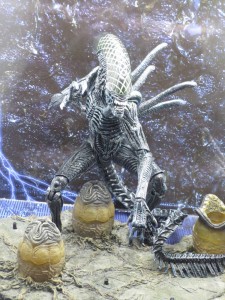 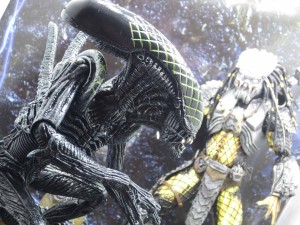 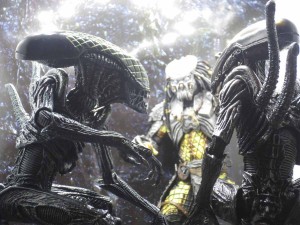