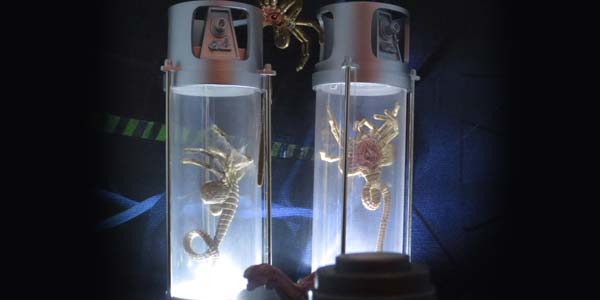 Over the past few years, NECA has been killing it with their Aliens collection, and they keep finding new ways to build out the diverse universe of the Xenomorphs in toy form.  The newest release is a box set of mini figures which serve as the perfect accent to any Aliens collection or display.  The Creature Pack includes two Face Huggers, two Chest Bursters, and two Face Huggers in stasis tubes, all in scale with the 7″ Aliens action figure line.

The Huggers we’ve seen before, but they’re still great– the sculpts are highly detailed, and the rubber they’re made of is both sturdy and pliable, working perfectly with the bendable wire in their tails to strike a number of poses.  NECA used these same materials to create the all new Chest Bursters, which also sport bendy tails and lots of grisly detail, from their under-developed arms to their snarling jaws, to the blood-strewn paint apps that cover them. 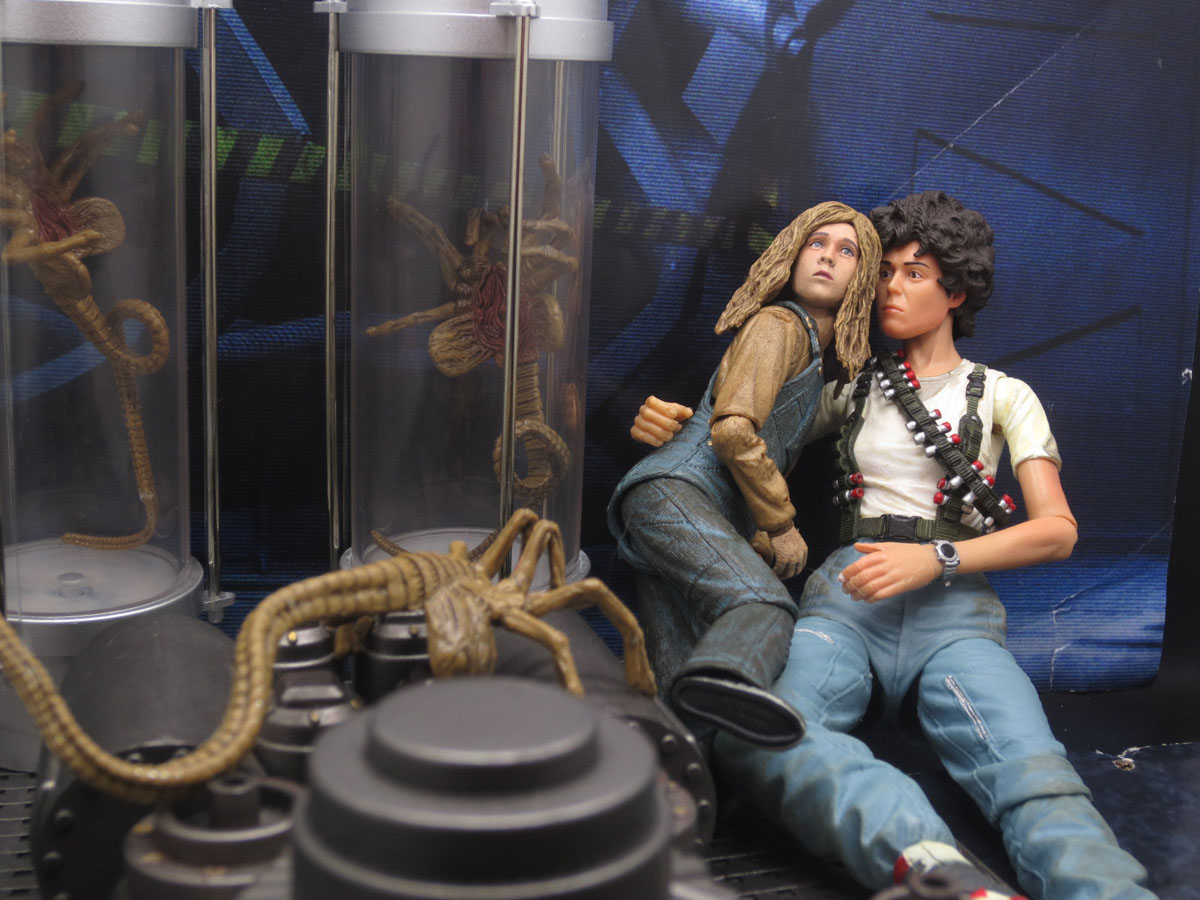 In my opinion, the true highlight of this Creature Pack is the pair of stasis tubes containing additional Face Huggers.  The sleek, stark design of the tubes is perfectly screen accurate, and the Huggers fit comfortably inside.  Each tube is equipped with an LED light in the base which can illuminate them to match their on-screen appearance… and NECA has even designed the tubes so that they are able to contain water, just like they did in the movie.

If NECA relegated themselves to just action figures based on the Aliens universe, their toy line would still be one of the best on the market, regardless of property.  But by including awesome world-building supplemental products such as this Creature Pack, NECA is bringing their toy line to an entirely new level.  We will be seeing a second Creature Pack, based on the small creatures seen in Alien 3, later this year… but the sky is the limit with these accessory packs.  I’d love to see a set including the Smart Guns set up by the Colonial Marines at some point in the future.  In the meantime, I think my Aliens shelf could use a couple more stasis tubes, so I’ll leave you with the following links where this Creature Pack is available now.  It’s for my benefit as much as yours, trust me. 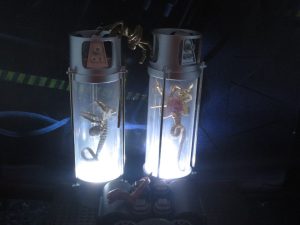 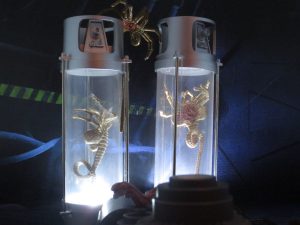 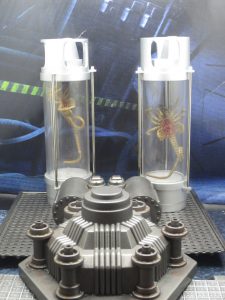 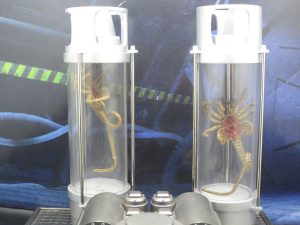 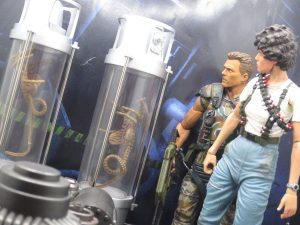 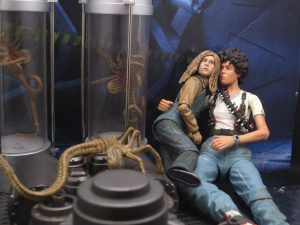 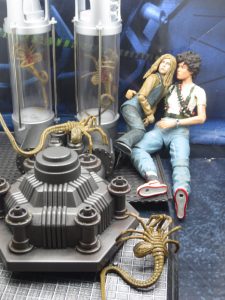 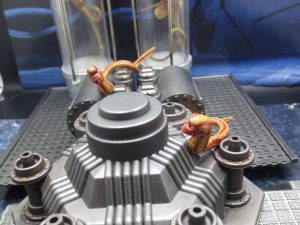 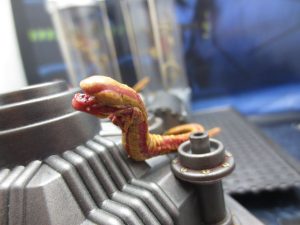 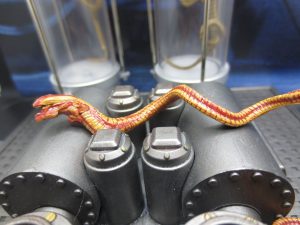 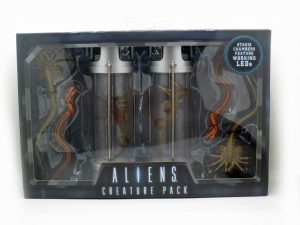 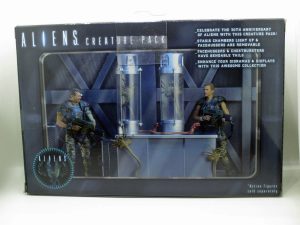