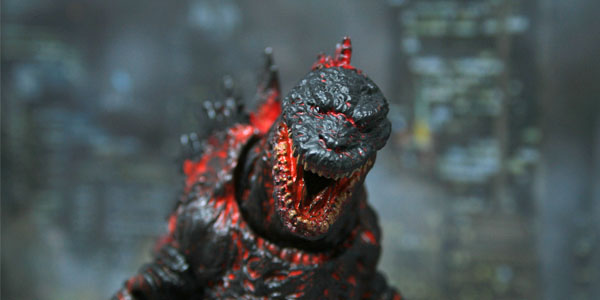 We at Kastor’s Korner were really into Shin Godzilla, so when NECA announced they were bringing the latest iteration of Toho’s most iconic kaiju to their toy line, I was truly excited, looking forward to this beast.  And having NECA’s Shin Godzilla in hand, my expectations were clearly satisfied.

NECA’s Shin Godzilla features an all new sculpt, packed with detail based off the charred, grotesque design of the creature in the film.  Every aspect of his horrific visage is replicated here, from the beady eyes and impossibly large mouth filled with jagged teeth, to the burnt, cracked skin with fiery red embers burning just below the surface. 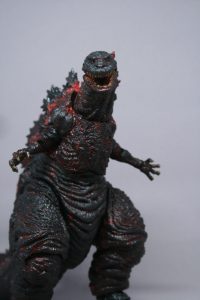 Shin Godzilla features a great range of articulation, including a massive tail with five separate ball joints and a bendable tip, a ball neck with a wide range of mobility, an articulated jaw, and lots more points of articulation in his torso, arms, and legs.  The creature design includes particularly small, desiccated arms, but despite their lack of size, NECA’s figure still packs in three versatile joints per arm all the same.

The figure’s paint apps are sparse, but very effective.  In the places where Shin Godzilla needs attention, NECA has paid in full. This includes the intricately small eyes of the creature, as well as his bone-colored claws and the fleshy interior of his mouth.  Most of the figure is composed of a solid, scaly black, but Shin Godzilla’s entire frame receives a very effective red wash, which fills in the cracks of his charred skin with a remarkably realistic smoldering/ burnt ember finish.

Standing a little over 6″ tall and 12″ head to tail, NECA’s Shin Godzilla fits in with the other kaiju they have released, as well as other Godzilla toys on the market such as SH Figuarts’ assortment. As far as I’m concerned, NECA’s Shin Godzilla not only features a better sculpt and more effective articulation than their competition, they do so at a fraction of the price.

Look for NECA’s Shin Godzilla now at your local Toys R Us or specialty store. You can also find him online at ToysRUs.com, NECA’s eBay store, or your preferred online retailer. 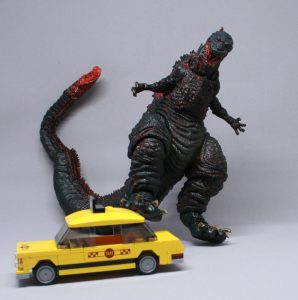 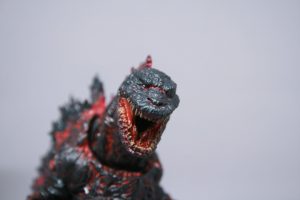 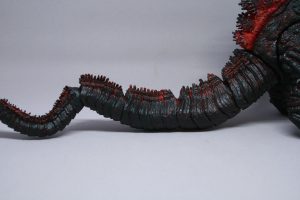 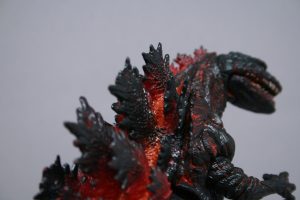 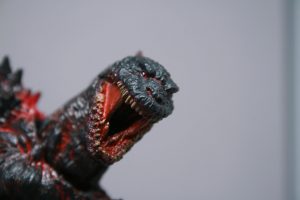 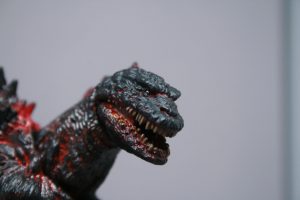 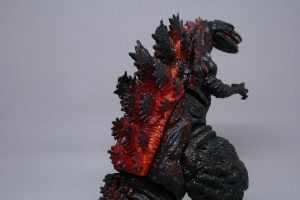 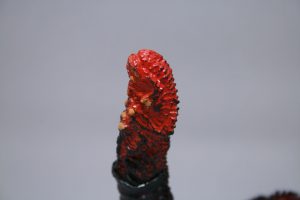 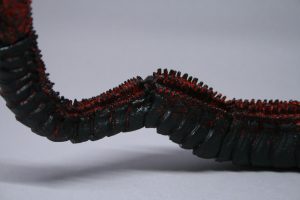 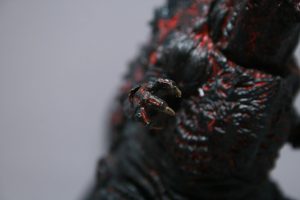 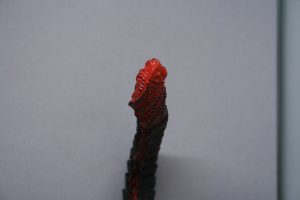 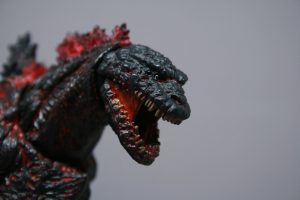 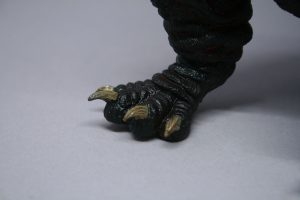 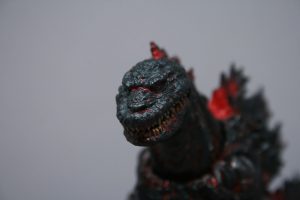 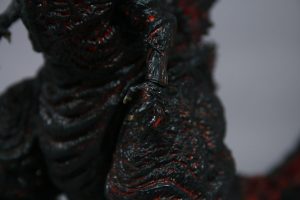 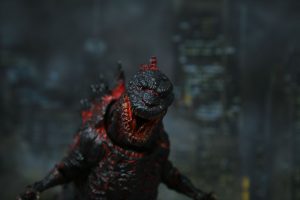