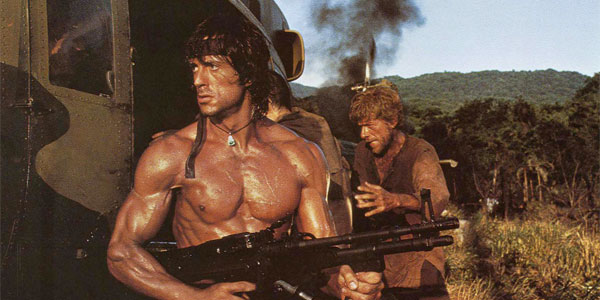 I feel like I’m ready for more Rambo toys in my life.  NECA released a pair of figures last year based on Sly Stallone’s First Blood character, but while they were good, I was left wanting to see what NECA could do with a straight-up First Blood Part 2 John Rambo, the look he’s best known for– shirtless, with that red bandana, army pants and a big honking gun.

So of course I’m totally excited now that I know such a Rambo figure is coming from NECA in 2014.  They have even released a look at the all new portrait on this figure, which looks great!  I think the likeness is much stronger here than the previous figures… although this angry scowl is definitely Rambo’s go-to facial expression, so maybe it’s just a case of being more familiar with this look?

In any event, the rest of the figure, and his probably sizeable weapons, should be on display at Toy Fair next week.  It’s one of a LOT of toys coming from NECA this year that I cannot wait to own. 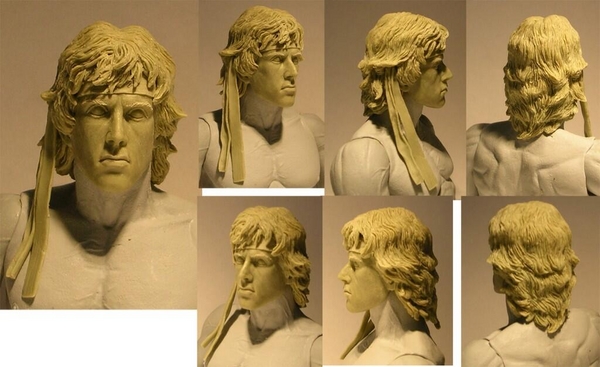