When a bad movie looks as good as Prometheus, I can still be stoked for the toys, right?

OK, so Prometheus was by no means the mind-blowing, epic sci-fi masterpiece I was secretly wishing for (in fact it was kind of bad)… but the one thing the Alien prequel had going for it was a stunning sense of design– it’s one of the best-looking movies I’ve ever seen on a purely visual basis– and that same amazing sense of design is already showing through in NECA’s first two Prometheus action figures.

Series One of NECA’s line will include two versions of the mysterious and beefy Engineers, one in the Pressure Suit that was their more common uniform, and another in the Chair Suit, which includes the more armored outfit and flight helmet (intentionally reminiscent of the Space Jockey from Alien). 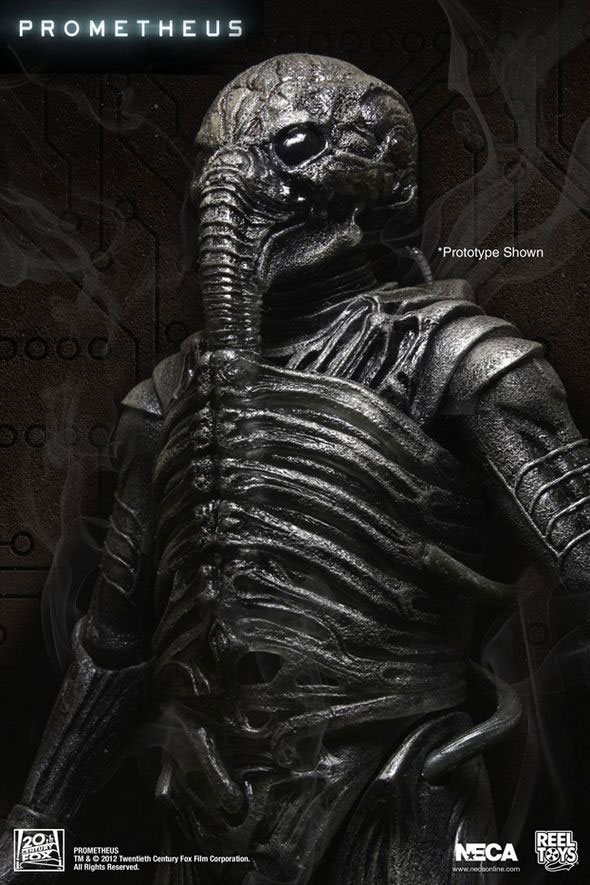 Both figures look great based on these first images; they are packed with the amazing attention to detail and film accuracy that has made NECA among the best movie toymakers out there.

NECA also released a video with a quick turnaround of each Engineer, and the promise that we will see more Prometheus figures at Comic Con next month. 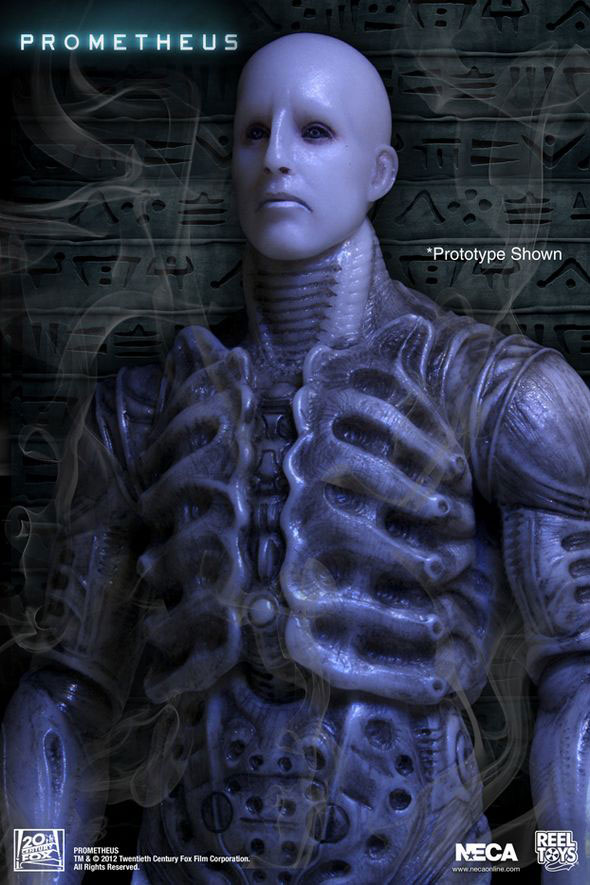 Look for Prometheus Series One to hit stores this September. For more information, head over to NECA’s website.