NECA Unveils Planet of the Apes Series One 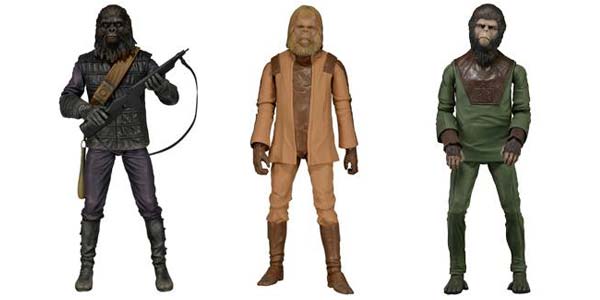 Feast your eyes on some damn fine, damn dirty apes!

NECA has revealed the lineup of their first series of classic Planet of the Apes figures, and they look amazing!  The first set will deliver Dr. Zaius, Cornelius and a Gorilla Soldier, and based on these images, Planet of the Apes fans are in for a treat this June.

The Apes figures are expected to feature ample articulation– on par with NECA’s Predator and Aliens figures– much of which is cleverly hidden by their costumes.  I love everything about these figures; the sculpts look incredible, the colors are perfect, and this trio of characters is a great place to start… As a long time POTA fan, I feel like NECA may really deliver on their promise to create the Apes toys we’ve always wanted.

The classic line will be released this summer, alongside the modern era Planet of the Apes, which will feature toy versions of Caesar, Koba and Maurice, as seen in this summer’s new movie.  It’s crazy that we’re getting all these reveals so close to Toy Fair, but NECA insists they’ve got lots more they’re saving for the show… I can’t wait! 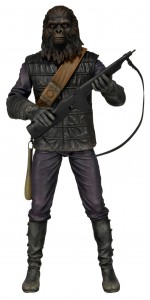