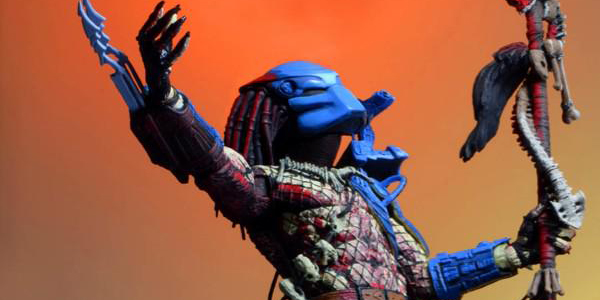 Check out NECA’s upcoming Dark Horse tribute figure, in all his glory.

Back around Christmas, NECA gave fans a gift, in the form of an updated poster featuring every Predator figure that has been part of their long-running line.  The Visual checklist also included a few teasers of upcoming figures, and one mysterious, shaded-out figure.

I really like him!  The blue and red highlights should make this guy pretty unique… and I’m curious how much of the shadow on his back is paint apps versus actual lighting in this photo.  What’s easier to determine is that his wicked staff– adorned with all kinds of bones and scalps and other trophies– is all new and totally awesome.

This figure will likely be a one-off release, probably a deluxe edition in the footsteps of Bad Blood, if I had to guess.  No word on exactly when he’ll be released, but that first comic book hit stores in June, so that seems like a safe bet to me. 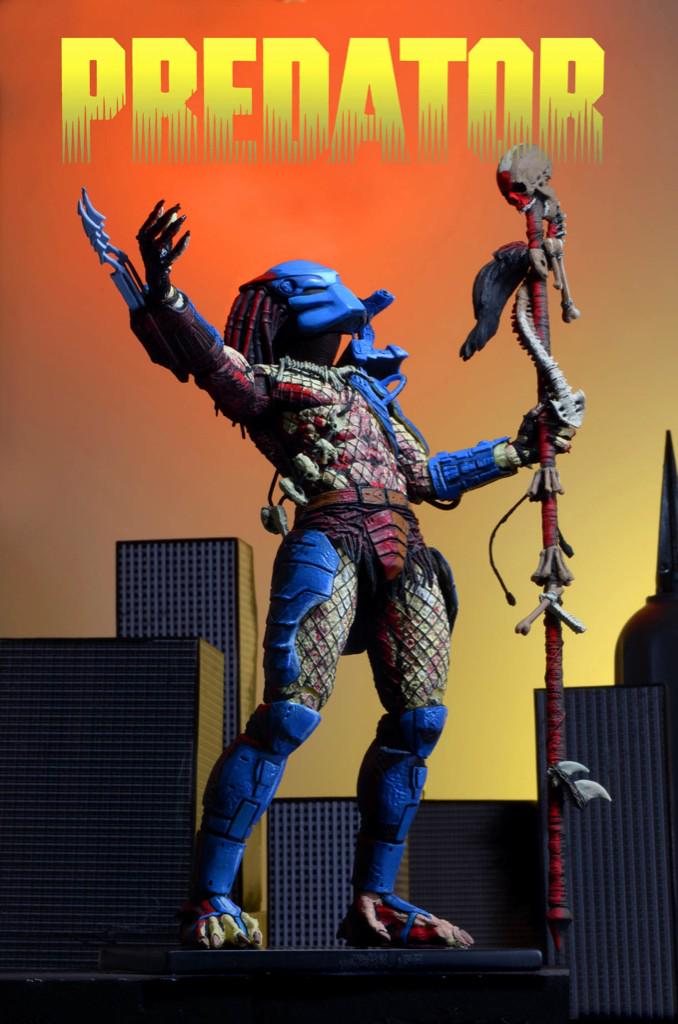