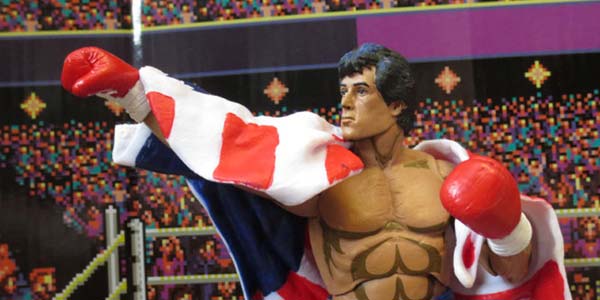 The Champ returns to the toy aisle… with a video game twist and a great new accessory.

NECA’s retro video game figures are great.  NECA’s Rocky action figures were great.  Rocky movies are (usually) great.  The Rocky video game for Sega Master System?  Ehhhhh, not so much.  But three out of four ain’t bad, so here we are with a game-inspired Rocky Balboa to add to the ever growing 8-bit figure collection.  And he’s pretty damn awesome.

Rocky isn’t quite as stylized as the video game characters based on some games, so instead of Red Pants Rambo or Purple Jason, our champion fighter is, basically, in his movie accurate colors– red boxing gloves, red and white striped trunks and white boots.  Still, NECA did a great job differentiating this version of Rocky from the movie figures.  The colors here are brighter and richer, giving him a slightly cartoony look that works very nicely in this context.  And this Rocky sports fully painted skin, as opposed to the semi-translucent flesh tone plastic on the movie versions.  The painted skin gives this figure its own unique texture, and also allows for the cool cast shadows which define Balboa’s muscles and even add depth to his legs, which each get a band of shade underneath his shorts. 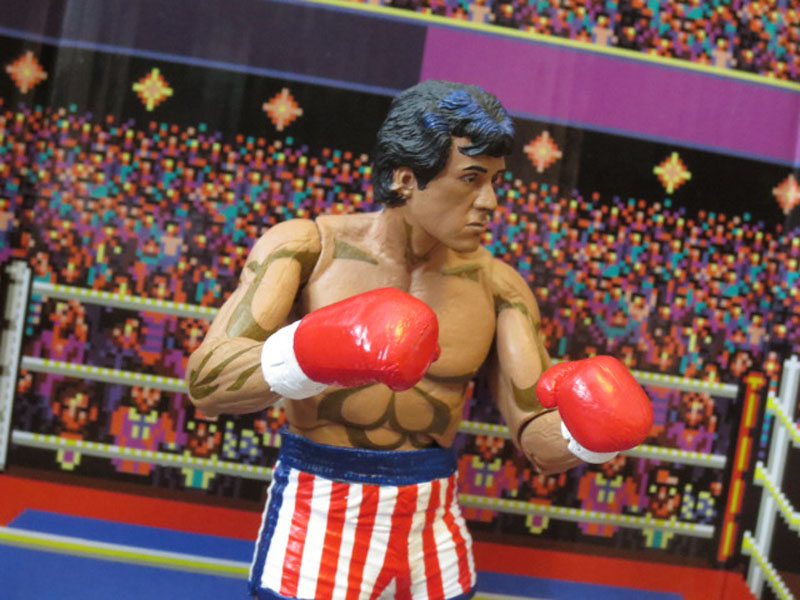 Overall, the video game Rocky is more subtle in his design than the more out-there 8-bit figures, but he’s quite eye catching all the same.  The figure remains one of NECA’s best, overall– not only does the Sylvester Stallone portrait bear a striking resemblance to the actor, but the articulation is copious and very useful, without compromising the sculpt.  As we saw with the movie figures, Rocky’s trunks– an overlay piece that masks all pelvis articulation– is a bit stiff, which limits the range of the figure’s hips, but the neck, torso, shoulders, elbows, wrists, knees, ankles and toes all feature a fantastic range that offer many great fighting poses.

As far as I’m concerned, I don’t even need those on this figure, though, thanks to his awesome new accessory.  Rocky includes an American flag which drapes over his shoulders, as seen on the title screen of the video game, and the piece is great.  The flag is made of a soft rubber, so it’s quite pliable, though it is sculpted with waves and bunches specifically designed to drape over the Champ’s shoulders.  Between the subtle texture and the excellent sculpting on the billows and folds of the piece, you’d swear this were a cloth flag… it looks that good.

Rocky is packed in a window box, which once again lovingly replicates the cover art of his game.  It’s a cool design, even though we’re now moving way beyond the clunky black and red framing of the NES boxes with this release.

While Rocky may not be the flashiest release in the retro game collection– or the weirdest– he’s a fine figure, all the same.  The big selling point here is the flag accessory, which is essentially worth the price of the figure on its own, for any serious Rocky fans.  But even casting that great accessory aside, this figure finds a clever way to re-release this great action figure to anybody who may have missed him a few years ago.  Rocky looks great on his own, as part of the 8-bit collection, or even squaring off against his more movie-oriented opponents.  Rocky is available now at specialty retailers, as well as NECA’s eBay store.  Click here to pick yours up today. 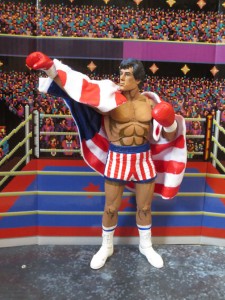 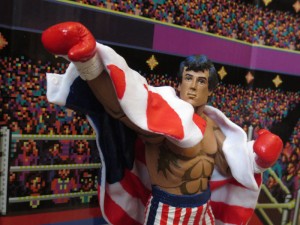 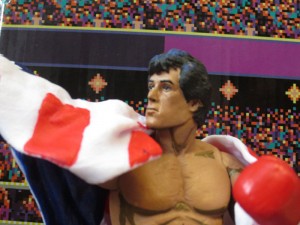 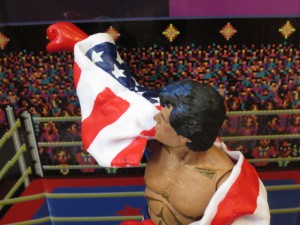 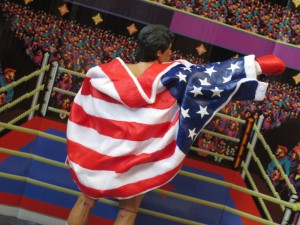 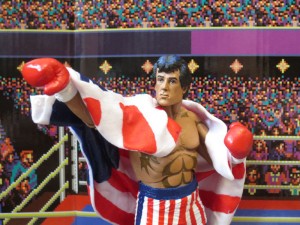 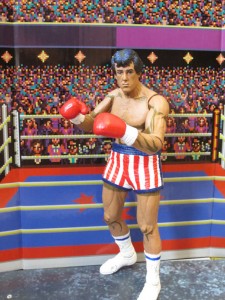 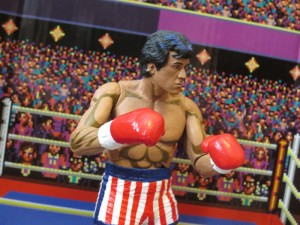 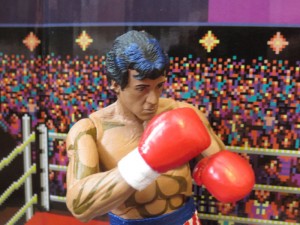 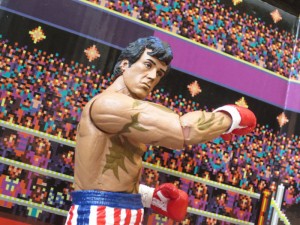 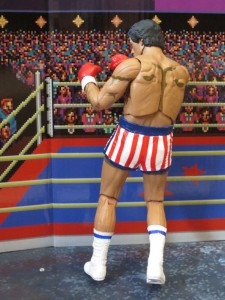 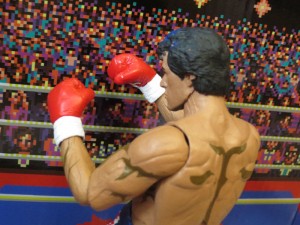 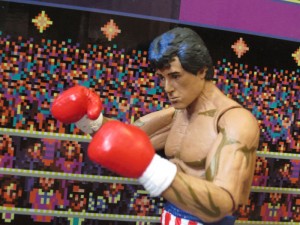 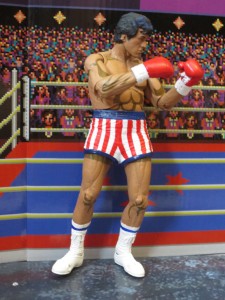 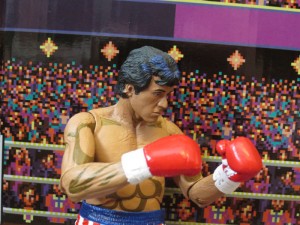 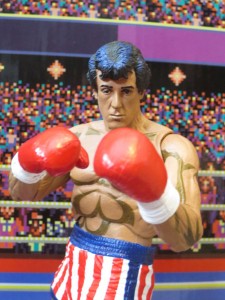 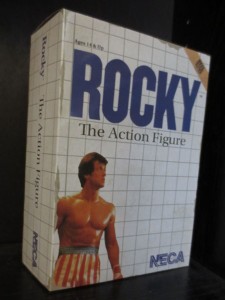 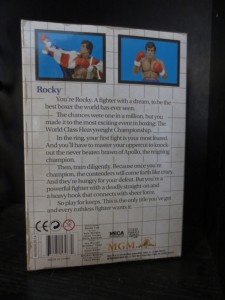 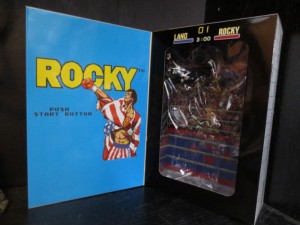 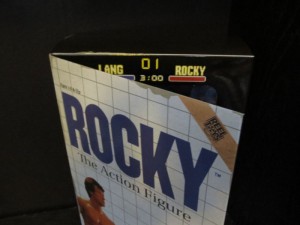