NECA’s IT Accessory Pack Is Awesome 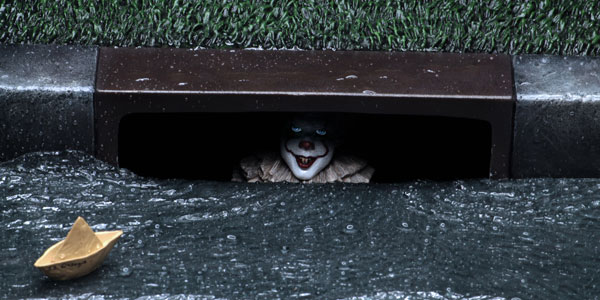 This is a perfect set of extras to accent NECA’s amazing Pennywise action figure.

The 2017 version of IT was awesome, and NECA has been releasing figures just as great as the film they’re based on. Sadly, we’re not likely to see the Loser’s Club captured in plastic, but NECA’s Ultimate Pennywise is one of the best toys to be released this year, and he’s been complimented with a smart variant released exclusively at Gamestop, and now an accessory pack with pretty much every terrifying aspect from the movie that wouldn’t make for an actual, full-fledged action figure.

This set sports some stuff we’ve seen before– the red balloon, the SS Georgie, and poor Georgie’s severed arm– along with a Pennywise Jack-In-The-Box, the Pennywise puppet from the Well House (a nod to the original 1990 IT film), and the coolest piece of all, a sewer grate diorama piece with Pennywise peering out from below.

Based on the unsettling opening sequence of the movie, the sewer diorama alone makes this set worthwhile in my opinion. It looks awesome, the Pennywise head is a unique, all-new sculpt, and the whole thing is perfectly in scale with the 7″ figure. Even if you didn’t bite on the full Pennywise figure, this mini dio is the perfect IT collectible for any shelf, desk, or display.

Get more details and see even more photos of the IT Accessory Pack here… and look for it to be released sometime in the Spring of 2019. 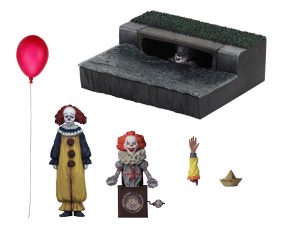 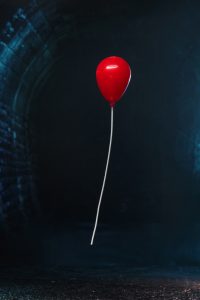 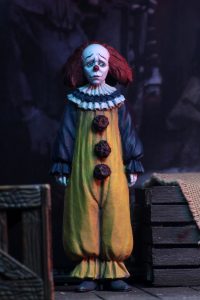 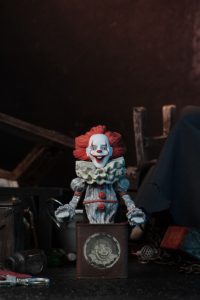 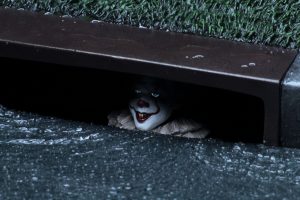