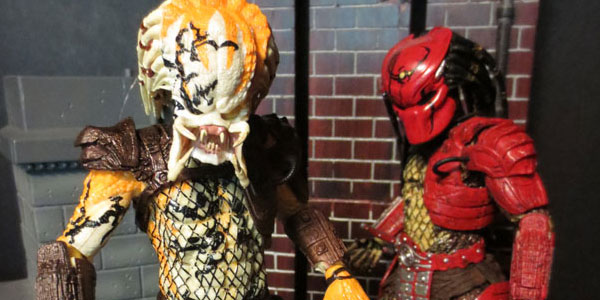 The second member of the Dead End clan is a great addition to the Predator collection.

NECA only had four exclusives at this year’s Comic Con, but each one was a big win.  One of my favorites was this year’s Predator figure, who– as opposed to the typical translucent version or variant figure– saw the release of a brand new character.  The Albino Predator, as seen in the fan film short Batman: Dead End joins the previously released Big Red to begin building this interesting and fun sub-clan of hunters. 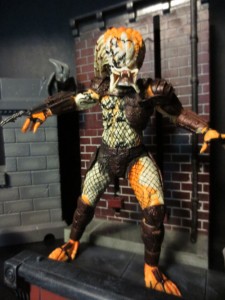 Unlike Big Red, the Albino is depicted without a mask, which makes sense since it shows off his unique color pattern.  The pigment devoid creature is mostly white, with splotches of orange and white on his skin, making him stand out very nicely amidst the larger Predator collection.  His open mouth features more beautifully rendered mandibles, and I love that even his dreads are white, another departure from his fellow warriors.

The Albino is based on the new style Predator body, so he’s loaded with great articulation, and he gets some all new chest armor to make him feel even more unique, which is painted a very nice metallic rust color.  The well worn look of his armor, and his lack of weapons, both play into this guy’s backstory from his card back– ostracized due to his skin condition, the Albino is an especially angry and violent Predator, who prefers to scrap in hand to hand combat using no weapons except his wrist blade.  It’s a fun story, and I feel the uniqueness of the character and this story make up for his lack of gear. 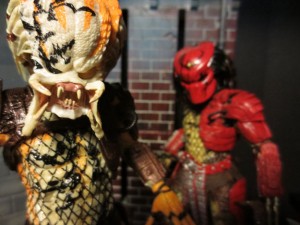 I’m always hesitant when a company releases an all new character as an exclusive item– variants seem to be more acceptable to me as “optional” purchases as Con exclusives especially.  But when it comes to a figure based on a fan film, I guess there’s less precedent for completists to have an argument… especially when NECA did an amazing job selling waves of their Comic Con exclusives at various times all week long through NECAClub.com.  It was a great vehicle to get these exclusives int the hands of non-attendees, and I’m very excited to see them perfect this distribution channel even more in the future.

The Albino is a great new figure for any Predator (or Batman) enthusiasts.  He’s unique enough to be visually striking and a fun figure, and I love his fan fic origins.  Between this hunter, Big Red and the upcoming Wasp Predator, the Dead End tribe is getting pretty well rounded in NECA’s Predator universe… and I couldn’t be happier.

Thanks to NECA for giving us the opportunity to check this great figure out for this review! 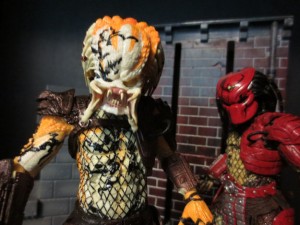 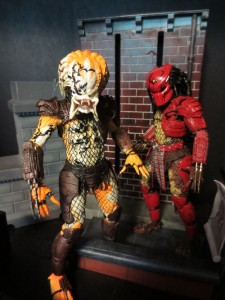 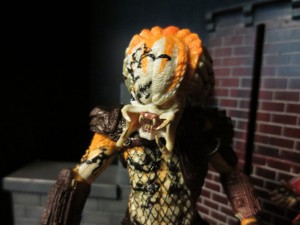 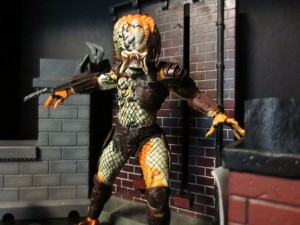 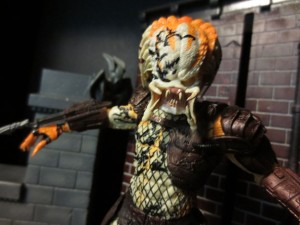 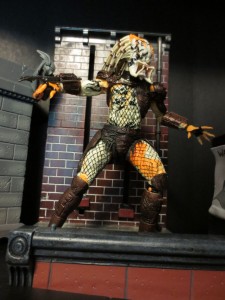 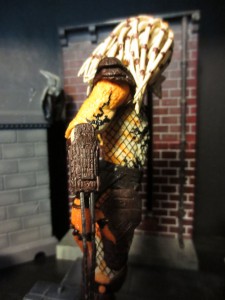 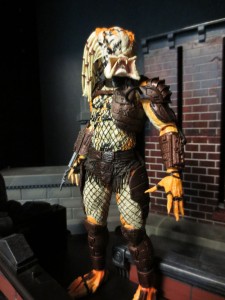 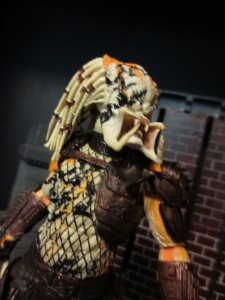 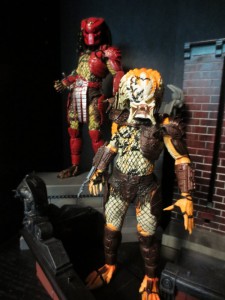 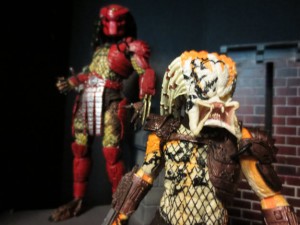 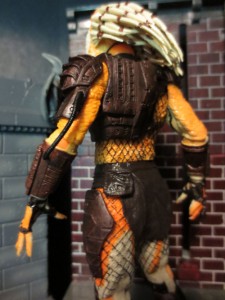 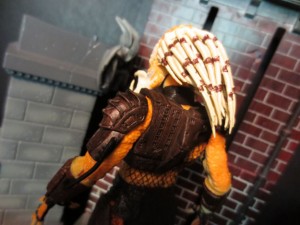 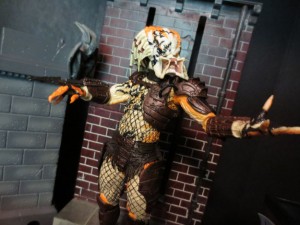