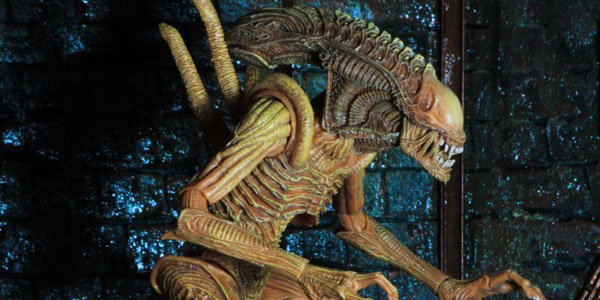 At the past several conventions, NECA’s always impressive Aliens diorama has featured a mysterious yellow Xenomorph, with no explanation for who or what it is. A year after this enigmatic beast made its debut, it’s finally been revealed.

NECA’s 2017 Aliens Comic Con exclusive is, as many of us have guessed, the perfect companion to their incredible TMNT Animated box set— a special edition Xenomorph inspired by the TMNT cartoon episode ‘The Case of the Killer Pizzas’!

It doesn’t get much nerdier than that, and while I was holding out hope we’d see a fan welcome (yet mass retail-unfriendly) Carter Burke at SDCC, I love how this Sewer Mutation Alien compliments NECA’s new Turtles.  The base figure used here is a preview in its own right, as we will see this sculpt again via NECA’s upcoming AvP: Requiem Warrior. So we get a nod to Turtles, a glimpse of the future of the Aliens toy line, and a fun variant… all in one figure.

The Sewer Mutation Warrior Alien will be sold at Comic Con this July, and will also be available to members of NECA’s Alien Club.  Hopefully we can all pick up two, to match the duo from ‘Killer Pizzas’… which, if you’d like a refresher on, you can watch below in its entirety. 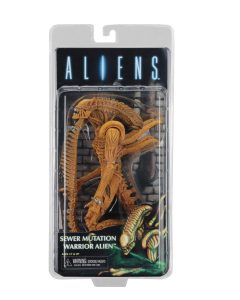 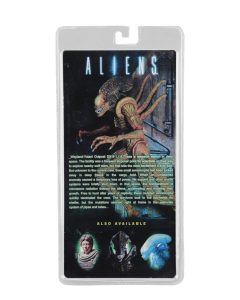 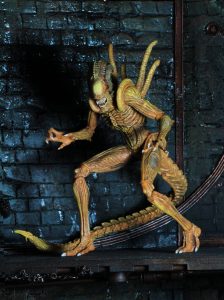 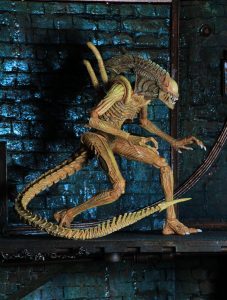