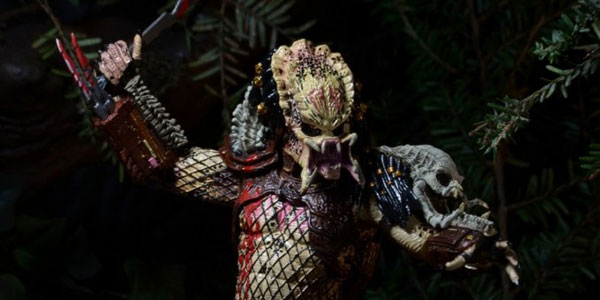 NECA ventures into the Dark Horse era of Predator with the biggest, nastiest creature yet.

The Bad Blood Predator is a first for NECA, in a couple of ways.  This brutal hunter is the first retail release Predator figure based on the long-running Dark Horse comic series.  He’s also the first deluxe Predator figure, thanks to his fairly ridiculous level of new tooling, accessories and extra parts.

I’ve never read the “Bad Blood” comic, but the cool, heavily inked package design gives a nice set up as to who this renegade Predator, and his nemesis are.  When I first saw the Bad Blood character design, I thought he was pretty damn over the top, like a McFarlane throwback with his collection of severed heads and extra spikes and all.  But the design grew on me, and given that Evan Dorkin wrote this story, I’m half expecting the gory and gaudy nature of this guy to be at least slightly satirical.

Either way, NECA’s made one fine sculpt here, and kudos to them for opting to package him as a higher priced deluxe toy, rather than cheap out on the unique tooling or accessories.  Bad Blood is scheduled to hit retail at the end of this month, with his nemesis following in short order as part of the new basic Predator wave coming in September.

First announced at this year’s Toy Fair, Bad Blood Predator is a solo figure release based on the upcoming Dark Horse comic book series Predator: Bad Blood. Our most complicated Predator ever is loaded with complex details and tons of accessories (plus awesome foil-print packaging).

Introducing our most mind-blowingly complex Predator ever! Bad Blood Predator has gone solo and is making his first appearance as an action figure, packed with detail and accessories. He’s based on the Dark Horse series Predator: Bad Blood by Evan Dorkin and Derek Thompson.

Figure stands approximately 8″ tall and features over 25 points of articulation. Comes with sword, spear, trophy heads, piercings and more paint applications and decoration than any of the previous 60+ Predator figures released in the highly popular collection.

Bad Blood Predator’s packaging also gets the deluxe treatment, with foil printing and original art from the comic book series.

We hope you like what you see, because there’s even more to come — Bad Blood is part of our ongoing collaboration with Dark Horse Comics to bring more of the comic-book-based Predators to life in toy form. 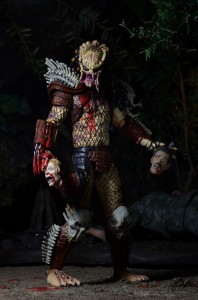 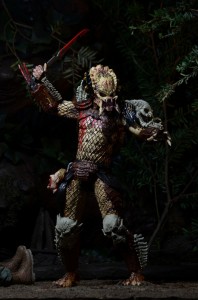 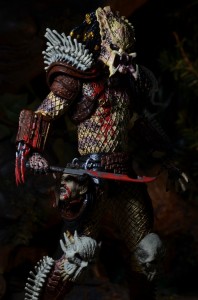 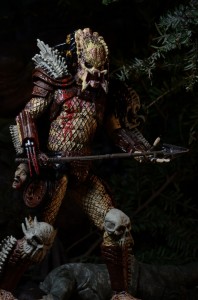 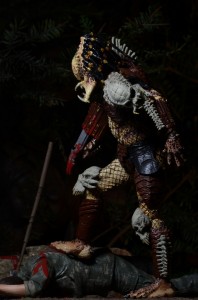 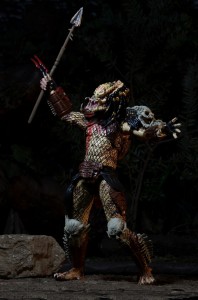 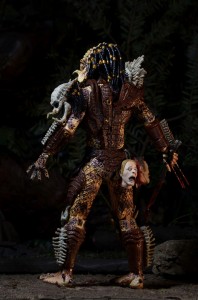 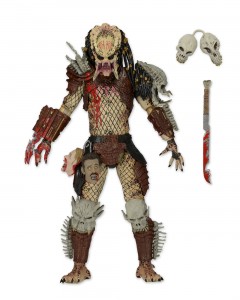 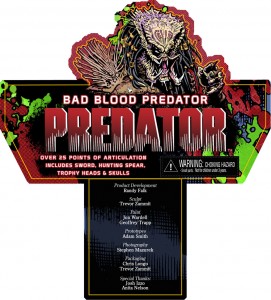 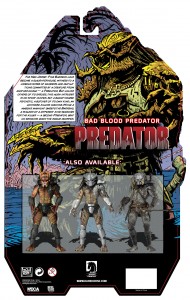 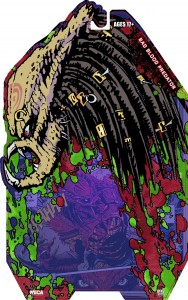