NECA’s Catching Fire Katniss Is Ready For A Revolution 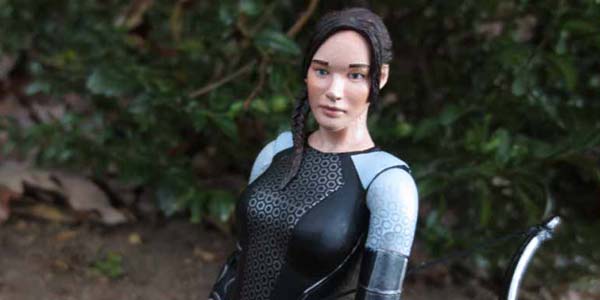 The hero of The Hunger Games: Catching Fire gets a great new figure from NECA.

I’m a little late to the game* with The Hunger Games series, but the movies have been pretty great, and the books are rising quickly on my Kindle queue.  What sets this series apart from most Young Adult stories of its ilk, for me, is the heroine Katniss Everdeen.  Unlike most of the self-absorbed heroines of series like Twilight, Katniss is a legitimate badass, a strong and incredibly capable young woman who serves as both a great protagonist and a true role model for young readers. 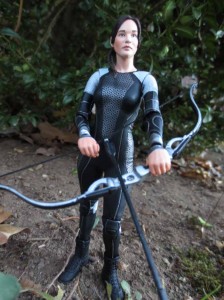 Between that and my long-time support of Jennifer Lawrence (who’s perfect for this role), when I saw NECA’s new Catching Fire edition of Katniss, I had to pick her up.  The new figure features an all-new sculpt of Katniss in her new games uniform, and despite some limits to her articulation, she’s an amazing rendition of the hero.

As we’d expect from a company like NECA, the sculpting here is truly outstanding, conveying a great sense of realism, movie accuracy and a stunning portrait of Lawrence.  Some of the earlier Hunger Games figures fell a bit short on likenesses– thanks especially to paint apps– but this figure really nails the actress with a wonderful resemblance.

The same goes for the rest of the figure– while Katniss’ bodysuit is decorated with more paint design that sculpted detail (as it is in the movie), there are subtle sculpted details in the folds of her outfit near the hips and shoulders that make it look remarkably true to life.  The added features, like Katniss’ elbow and knee pads and boots, add a great bit of texture to break up the one-piece bodysuit, and the excellent paint work makes the potentially plain outfit really come to life… the honeycomb paint deco on Katniss’ uniform is very well done here.

Katniss includes her bow and three arrows.  While I would have loved to see a quiver included to complete the look (and store her extra arrows), what we get are good pieces, with a real string on the bow and slots on the arrows to hold them in place on the weapon.

I get that for these kind of movie style figures, NECA has been sticking to a formula with relatively limited articulation, and Katniss follows suit.  What she gets is good– a nice ball joint neck, ball shoulders and injection molded elbows, along with ball wrists and swivels at her ankles.  The torso and legs don’t offer much movement, and she’s posed with one leg stepping forward slightly, with a tilt to her hips.  It’s not a bad choice when it comes to poses, and allows Katniss to be displayed standing relaxed or with her bow aimed at the ready.  The good range of the shoulders DO allow for some ready-to-fire poses, which look good on the figure.

I like this costume design quite a bit, and NECA did a great job adapting it for this action figure.  A toy this cool makes me wish that one day we will see a Katniss with the same great articulation as NECA’s other recent figures like Dutch from Predator or the Alines’ Colonial Marines, but in the meantime the newest Katniss figure looks great and offers a wonderful representation of this important character.

Katniss is available now from NECA, as well as other retailers such as FYE.  She’s shipping alongside the new Catching Fire Peeta and Finnick, but let’s be honest– Katniss is WAY cooler than the boys. 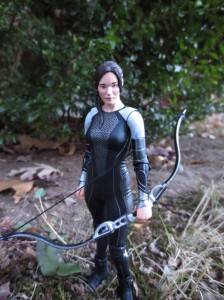 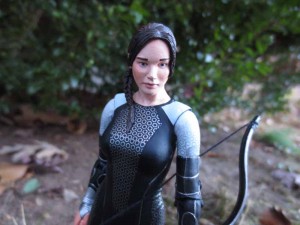 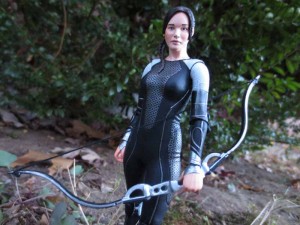 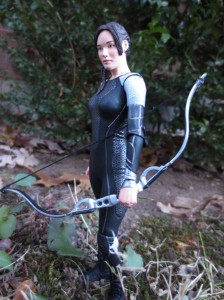 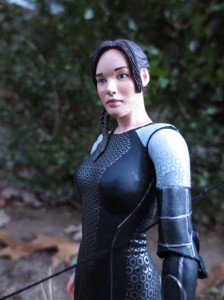 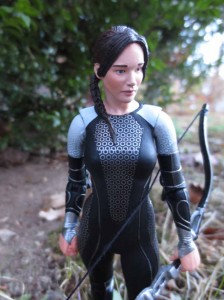 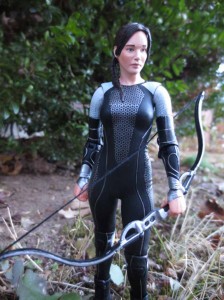 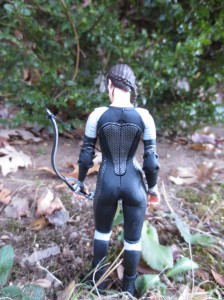 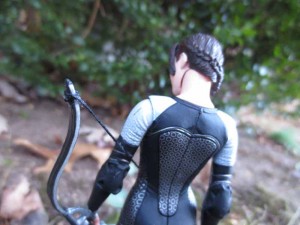 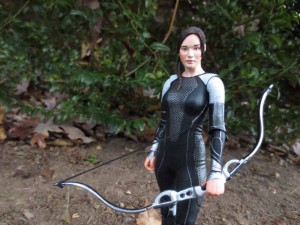 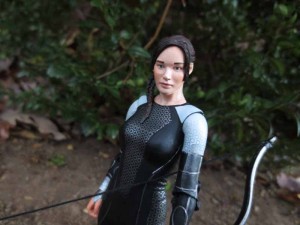 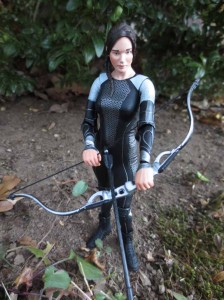 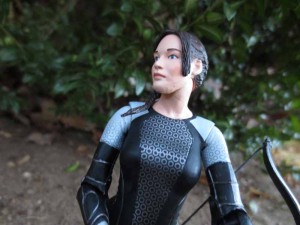 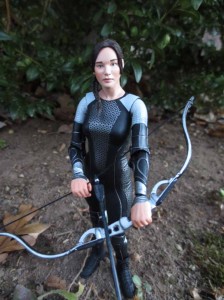 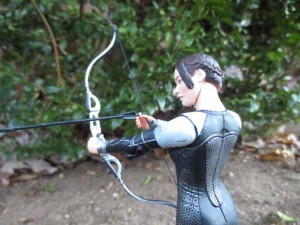 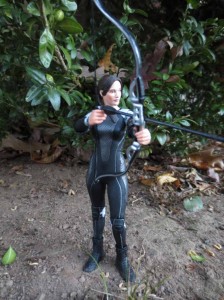 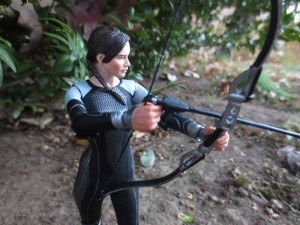 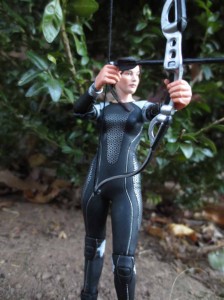 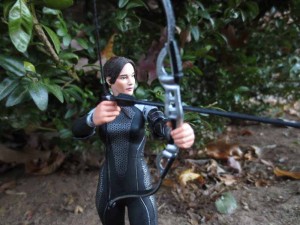 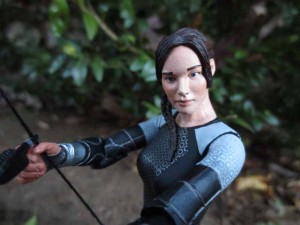 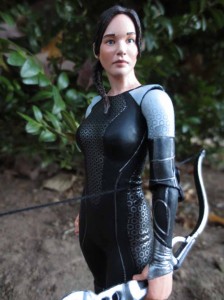 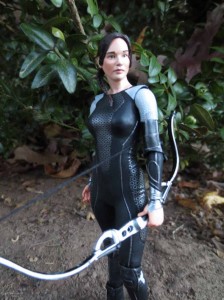 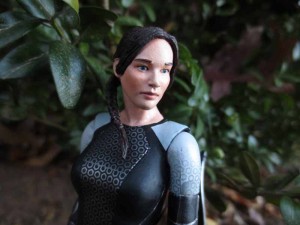 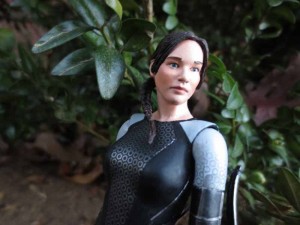 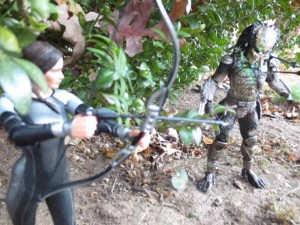 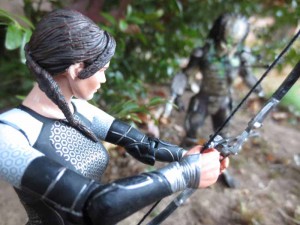